Access to Healthcare a Challenge for Central Florida’s Homeless 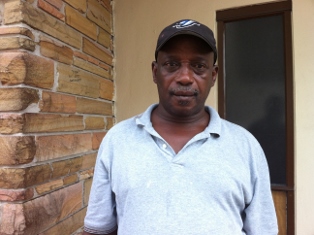 WMFE, Orlando-According to the latest state report, the majority of Florida’s homeless are low-income, childless, non-veterans under age 60. It’s a likely formula for being medically uninsured. As part of our series on Homelessness in Central Florida, we look at how access to insurance and health care continues to be a struggle for those living on the streets.

Vincent Williams and dozens of men line up outside an emergency homeless shelter in downtown Orlando. This has been his routine for almost three years. The Florida sun beats down on him, revealing a tinge of yellow in his eyes.

“I have sickle cell anemia and I have deterioration of bones,” said Williams, 52.

This genetic condition causes fatigue and unbearable episodes of pain, known as sickle cell crises. Williams’ last crisis was in 2012 while at work.

“I was a cook at Denny’s and I went in one day and I was bleeding. A cook can’t bleed on the job so they dismissed me,” he said.

With no job, no home, and no health insurance, Williams applied for Medicaid – the state-run medical coverage for those with low incomes. He was denied – twice.

Unfortunately, in the state of Florida, a childless adult low-income will not get Medicaid. And that’s the description of many of our homeless patients that we care for,” said Bakari Burns, President and CEO of the Healthcare Center for the Homeless based in Orlando. This busy community health clinic serves 14,000 low-income patients, many of whom are homeless.

Being low-income alone is often not enough to qualify for Medicaid. Those granted the insurance are usually either kids, adults caring for children, pregnant, elderly, or disabled.

“Right now if we look at our homeless patients, about 95% roughly of them are uninsured,” said Burns.

The Affordable Care Act aimed to address this– particularly through its Medicaid expansion. The provision allows those earning less than around $15,000 would qualify. It had the potential to insure more than three-quarters of a million more Floridians, including Williams.

But Florida was one of the 24 states to reject this part of the law. The federal government would initially foot the entire cost. However, opponents say it would strain state budgets at a time when Medicaid makes up almost one-third of Florida’s annual spending.

This leaves many uninsured, low-income residents struggling to access care.

“They often end up in the emergency room, which is a very expensive way to deliver health care, for conditions that would never lead to hospitalization or an emergency room visit if they were under the care of primary care doctor,” said Jim Wright, a University of Central Florida sociology professor who has studied homelessness for almost 30 years.

More than half of people who are homeless live with a “disabling” health condition. These include physical and mental illness, substance abuse, and HIV/AIDS.

“Living in the streets, scavenging existence from the garbage cans, being out exposed to the environment, exposed to risks of violence and predation – all of those aren’t healthy behaviors,” said Wright.

Both Wright and Burns of the Healthcare Center for the Homeless stress the impact of affordable housing on health and preventing homelessness in the first place.

“My doctors have said this before: we need to write a prescription for housing,” said Burns.

Vincent Williams agrees. After losing his home, he struggled to make it with his health issues.

After being denied twice for Medicaid, a lawyer took Williams’ case to court. Two and half years after becoming homeless, he was finally approved for this state-funded insurance.

“It’s like day and night,” said Williams. “Just having it makes you feel good.”