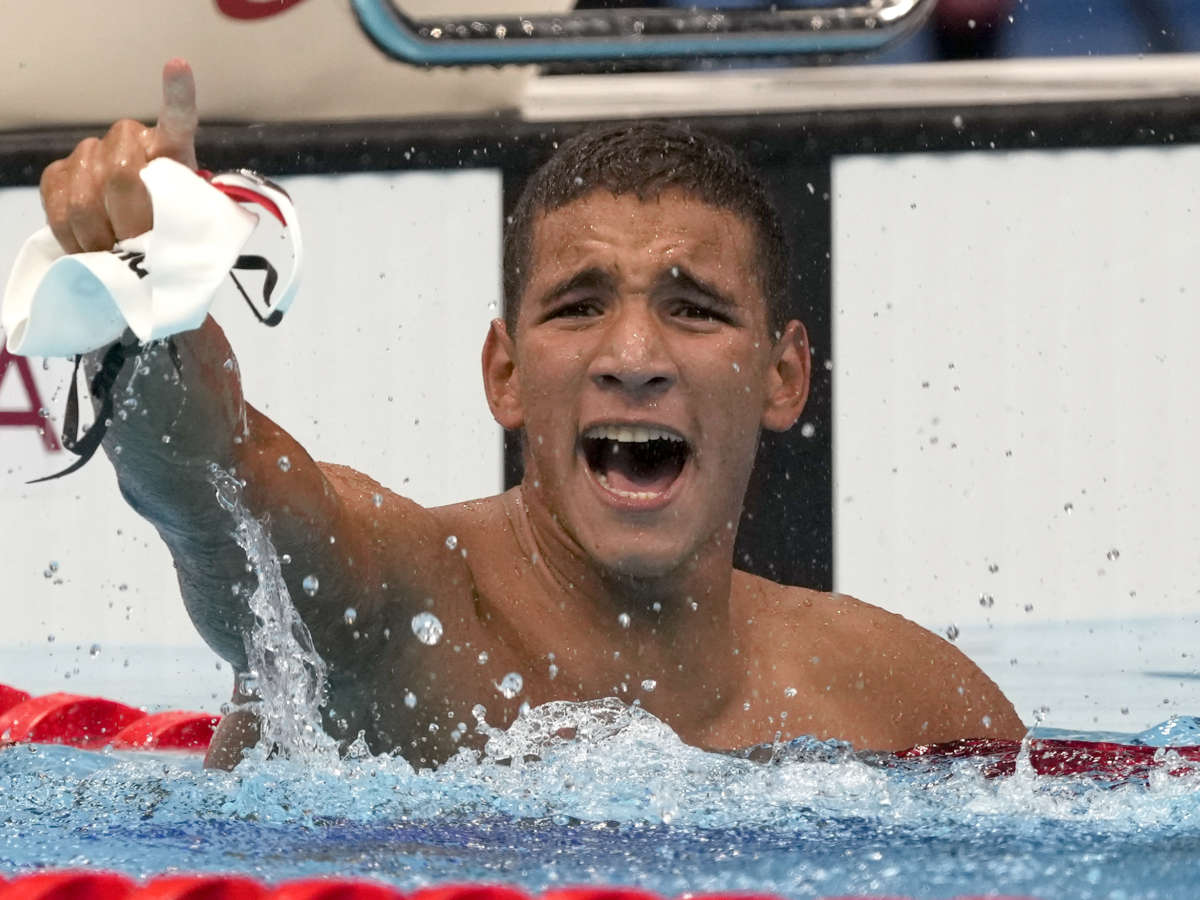 Tunisia's Ahmed Hafnaoui celebrates after his unexpected victory in the final of the men's 400-meter freestyle at the 2020 Summer Olympics in Tokyo.
Image credit: Martin Meissner

TOKYO — An 18-year-old Tunisian managed to pull off a surprise upset in the 400 meter freestyle swimming event, winning the fifth gold medal ever for his country.

Ahmed Hafnaoui erupted in jubilation when he realized he won in the extremely tight race, pumping his fists and placing both hands on his brow as he took in the victory.

He seemed genuinely shocked at the result: “I just can’t accept that – it is too incredible.”

Hafnaoui came into the race with the slowest qualifying time of the eight swimmers – but he touched the wall first, beating out Australia’s Jack McLoughlin by just 0.16 seconds. Kieran Smith from the U.S. took bronze, about a half-second behind the winner.

“It’s amazing. I feel better in the water than yesterday, and that’s it,” Hafnaoui told NBC after the race. “I’m an Olympic champion now.”

When asked how he kept his lead, he simply said: “I don’t know, I just put my hand in the water, that’s it.” The swimmer seemed at a loss for words. Shaking his head, he said, “it’s a dream that became true.”

Just three years ago, Hafnaoui was competing in the Youth Olympic Games, placing 8th in this same event in Buenos Aires.

The last swimming Olympic medal for Tunisia was in 2012 at the London Games, when Oussama Mellouli won gold in the 10 km marathon.