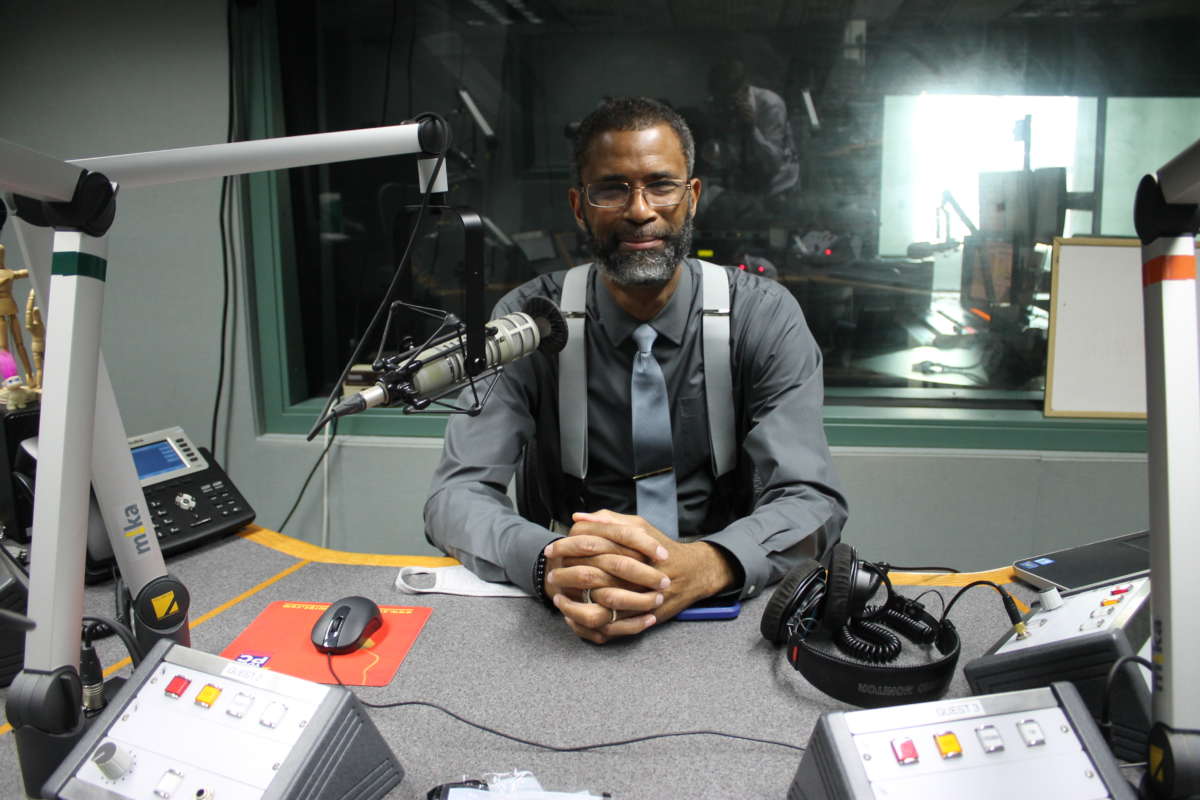 Darryl Owens is the host and creator of 'A World of Difference'. Photo: Matthew Peddie, WMFE

Beacon College’s TV show A World of Difference highlights learning differences and celebrates success stories. The premiere episode for this season featured an interview with Shark Tank investor Daymond John, who has dyslexia.

A World of Difference host and creator is Beacon College director of communications, Darryl Owens. He joins Intersection to talk about his goals for the show.

Still, he says, people are hungry for the content they focus on each month.

“We put together the idea of a monthly program, a half hour or so show that would be aspirational and inspirational, and provide actionable strategies for families who were dealing with particular issues surrounding ADHD, dyslexia, autism and other specific learning disabilities.”

Owens says the show aims to show students with learning differences, and their families, that there are pathways to success. And there’s another goal too.

Owens says as the parent of a child with a learning difference, he appreciates what students and their families face.

“Sometimes it’s a big fight to get what your child needs to be a successful student. So at the end of that journey, yes, there can be a ray of light for a lot of parents.”