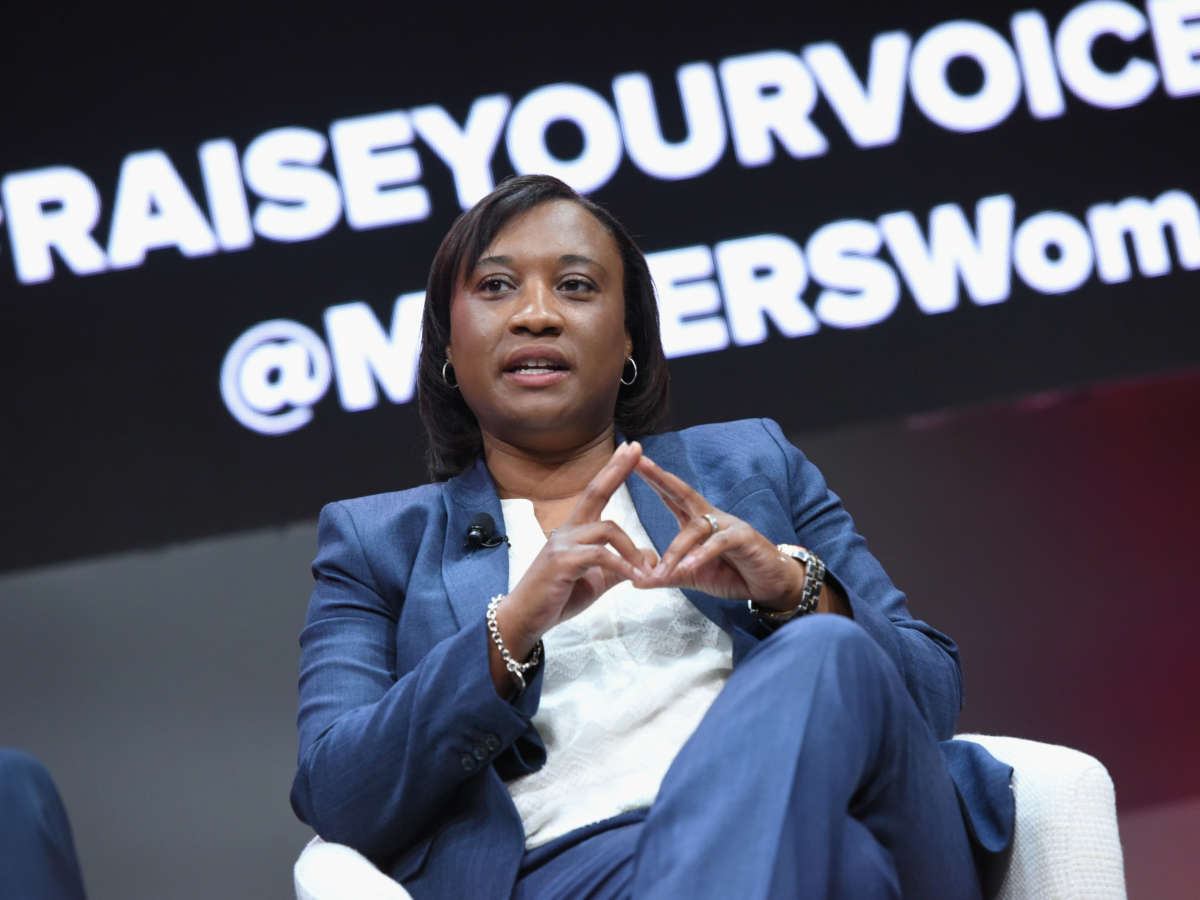 Laphonza Butler (shown here in 2018) is the first woman of color to lead Emily's List. Most recently, she worked at AirBnb and on Kamala Harris' presidential campaign.
Image credit: Vivien Killilea

EMILY’s List, a political organization that helps fundraise and elect Democratic women who support abortion rights, has selected former Kamala Harris senior adviser Laphonza Butler as its next president. Butler will be the first woman of color, and the first mother, to lead the group in its 36-year history.

Prior to joining EMILY’s List, Butler was most recently the director of public policy and campaigns in North America for Airbnb. During the 2020 primary, she served as one of the closest senior advisers on then-Sen. Kamala Harris’ presidential campaign.

She also served as SEIU Local 2015’s president in California, helping lead one of the largest unions in the nation.

Butler says her leadership will be about “expanding” EMILY’s List’s base, “from our members and donors to our candidates and our voters.”

“We want to ensure that more young women and women of color are bringing their political engagement to EMILY’s List and helping us do what we do best: WIN,” Butler said.

Butler’s leadership at EMILY’s List comes at a time when the battle over abortion rights are front and center in Texas. A new law in the state bans abortions at six weeks, before most people know they are pregnant.

“As we are seeing in Texas right now, the right of every person to access abortion care, make their own health care decisions, and cast their ballot is facing an unprecedented threat,” Butler tweeted Monday.

“The rise of discriminatory voter suppression bills & abortion bans across the country threatens our very democracy,” she said.