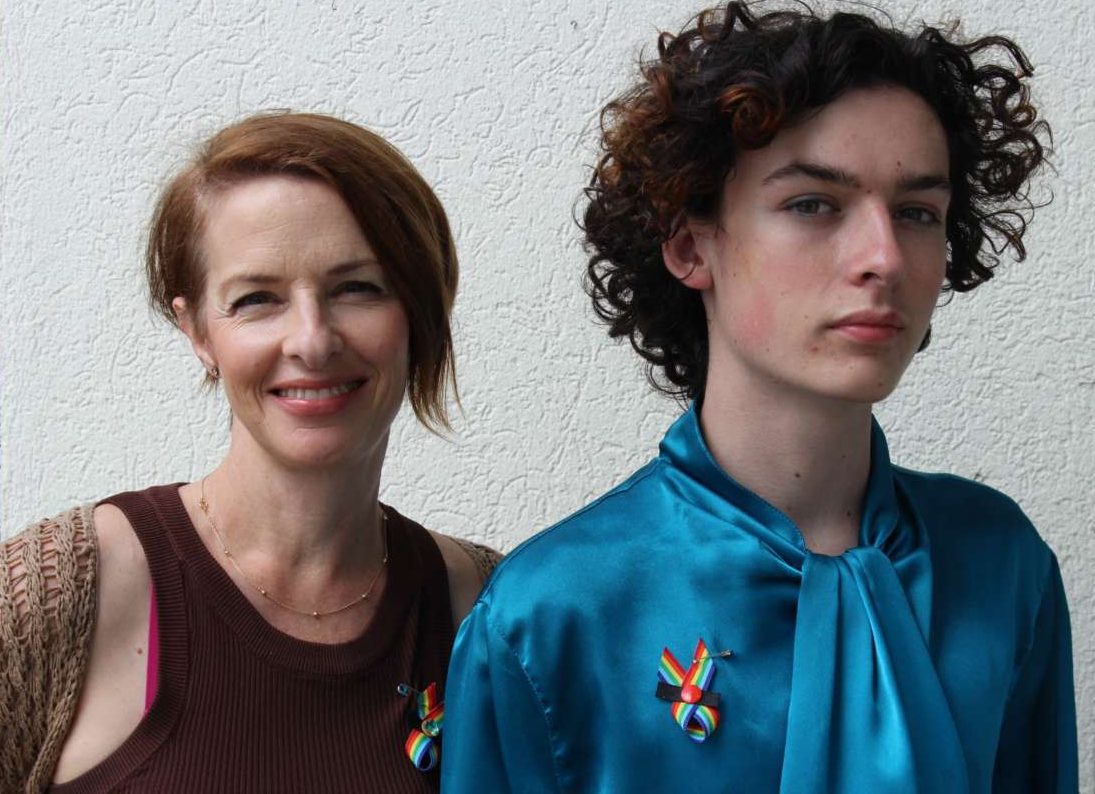 A bill that restricts discussion of sexual orientation and gender identity in public school classrooms passed its final hearing in the Florida legislature and is headed to the governor’s desk.

The Parental Rights in Education bill, which opponents call the ‘don’t say gay’ bill, prohibits classroom instruction on gender or sexual orientation “through grade 3 or in a manner that is not age appropriate or developmentally appropriate for students in accordance with state standards.”

It also allows parents to sue if they believe schools are violating the law.

Will Larkins, a Winter Park High School junior who identifies as gay and non-binary, and his mother, Beth Nelson, joined Intersection to talk about the impact of the bill and what comes next.

“I was expecting it and I was preparing myself, but it still doesn’t take away from from how unfortunate it is that it actually became a reality,” says Larkins, who traveled to Tallahassee to protest the bill.

Nelson says it’s been revealing to watch her son speak out against the legislation.

“There’s an experience happening with LGBTQ kids, that parents may not even be fully aware of, like what’s happening with their inner life, as they navigate schools and public places where people have biases and prejudices,” says Nelson.

“So I’m happy that he is able to articulate this on behalf of the LGBTQ community. And I think it’s very educational for parents who are raising kids.”

Nelson says she thinks educators need to be part of the conversation about gender identity and sexual orientation.

“There needs to be a conversation, some understanding, some idea that these are all the the different possibilities that can exist, and they’re all okay. That was an important conversation that I missed having with my kids. And I would have really appreciated it had the educators who know so much more about childhood development and this kind of thing, had they had that conversation, I would have been very grateful.”

“You know, we can protest all we want but it it is into law,” says Larkins. The bill hasn’t been signed yet but Gov. DeSantis is expected to sign it.

Larkins says he will be focusing on voter registration “so next session, we can undo all of the all of the damage that was done during this legislative session.”