A Troubling Picture Of Parkland Shooting Suspect Comes Into Focus 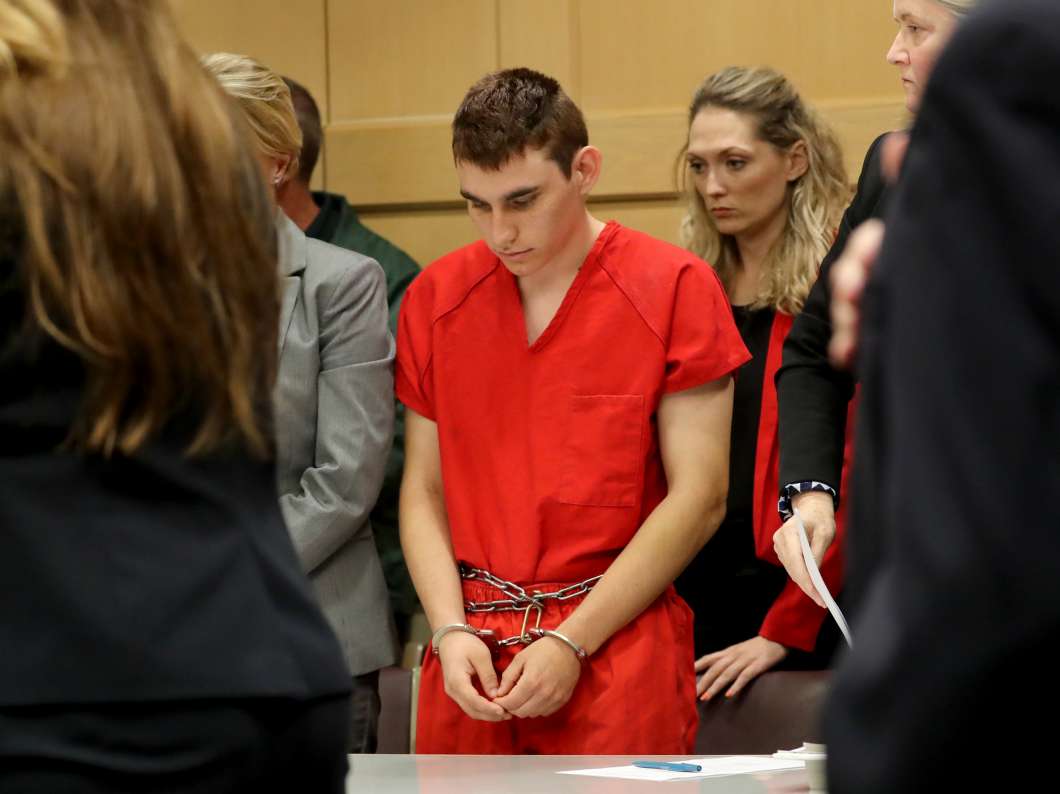 Friends, family and neighbors were worried about Nikolas Cruz. So were social workers, teachers and sheriff’s deputies in two counties.

As classes at Marjory Stoneman Douglas High School resumed two weeks after the shooting rampage that left 17 people dead, it is increasingly clear that Cruz, the alleged gunman, was deeply troubled.

The 19-year-old was the subject of dozens of 911 calls and at least two separate tips to the FBI. He also came to the attention of the Florida Department of Children and Families. Despite warning signs stretching back over a decade, no one intervened to stop the Valentine’s Day shooting spree.

Many calls to the police

Cruz and his younger brother were adopted by Roger and Lynda Cruz. The family bought a sprawling house in the affluent Fort Lauderdale suburb of Parkland, Fla., in 1996. Roger, the patriarch, died when the boys were young, leaving Lynda to raise the children on her own.

When Cruz was just 10 years old, his mother called the police to the house. That call in 2008 was the first of dozens of times over the next decade she would summon law enforcement, often for help keeping her sons under control.

Sheriff’s deputies were called to break up fights between Cruz and his brother. Neighbors in their community recall seeing squad cars in their driveway frequently.

At first, the problems seemed minor.

In November 2008, according to a list of service calls to the family residence released last week by the Broward Sheriff’s Office, deputies responded to a report of Cruz “throwing a rock back at other juvenile.”

By 2013, according to that list, the calls to the deputies began detailing more violence. In November of that year, Lynda said she was thrown against a wall because she took away an Xbox gaming system. In November 2014, deputies report Cruz used a BB gun to shoot a chicken.

By early 2016, deputies were called after a neighbor’s son saw a disturbing Instagram post that seemed to suggest Cruz “planned to shoot up the school.” At the time, deputies concluded that Cruz owned knives and a BB gun. They passed along that information to a school resource officer at Stoneman Douglas. But it is not clear whether any other steps were taken.

It is one of several incidents now under further investigation by the sheriff’s office.

Of the 23 incidents deputies responded to at the Cruz residence, 18 of them involved the man who is now the alleged shooter, according to the sheriff’s office. The office says that “none appeared arrestable under Florida law.”

At some point, money became a problem for the Cruz family. Lynda sold their Parkland home in early 2017 in a short sale.

“I saw Nikolas, and I said are you moving?” said Helen Pasciolla, a neighbor who lived across the street from the family. “And he said, ‘We can’t afford to live here anymore.’ ”

In November, Lynda died of complications from the flu. Cruz went to live briefly with a family friend, Roxanne Deschamps, outside Palm Beach, Fla.

But that situation did not work out well.

In 911 tapes released last week by the Palm Beach County Sheriff’s Office, Cruz said he got in a fight with Deschamps’ son. And he talked about his mother’s death.

“The thing is, I lost my mother a couple days ago. So like, I’m dealing with a bunch of things right now,” Cruz said. “I kind of got mad. And I started punching walls and stuff and a kid came at me and threw me on the ground. And he kicked me out of the house.”

In a separate call to 911, Deschamps told the dispatcher that she was afraid Cruz would come back to the house with a gun and that he demonstrated violent behavior in the past.

No arrests were made, according to the police report. A sheriff’s deputy picked Cruz up from a nearby park and returned him to the Deschamps home.

Behavioral problems were no secret

Cruz attended Marjory Stoneman Douglas High School for a while but was expelled for “disciplinary reasons” according to Broward County Public Schools Superintendent Robert Runcie.

The Florida Department of Children and Families became involved with Cruz in late 2016 after he began cutting himself and posting images of the self-harm on Snapchat.

According to a report produced by DCF, Cruz began harming himself after a relationship ended. The report also details a range of conditions with which Cruz was diagnosed, including depression.

But ultimately it concluded that he was “not a risk to harm himself or others.”

In the aftermath of the shooting, students and faculty at Stoneman Douglas described Cruz as a loner.

Those who knew him and considered him a friend, however, were caught off guard that he could allegedly carry out such a gruesome deed.

“I can’t wrap my head around it,” student Ethan Trieu said. “You know, we would just talk to each other like any other friend, and I know some other people he’d talk to just fine also. And, I don’t know, just seeing his name is just weird. I don’t know.”

So many warning signs

In addition to reports made to both the Broward and Palm Beach sheriff’s offices, the FBI was also notified about Cruz.

The first tip came in September when a Mississippi bail bondsman, who also makes YouTube videos, alerted the FBI that someone left a disturbing message in the comments section of a video that read: “Im going to be a professional school shooter.”

The bail bondsman, Ben Bennight, told NPR earlier this month that he reported the comment as spam and alerted the FBI.

“I think that any responsible and mentally sound human being would take a comment like that seriously whether the person on the other end meant it or not,” Bennight said.

The FBI visited the next day, but Bennight told investigators he didn’t have anything to add.

The bureau received a second tip on Jan. 5, weeks before Cruz allegedly carried out the shooting at Stoneman Douglas. The caller, who the FBI said was a person close to the suspect, warned that Cruz had a “desire to kill people” and worried about “the potential of him conducting a school shooting.”

Days after the shooting, the FBI said that “protocols were not followed” and that information should have been forwarded to the Miami field office.

Gov. Rick Scott has called on the bureau’s director to resign. Over the weekend the governor, at the urging of some state lawmakers, directed the Florida Department of Law Enforcement to investigate local authorities’ response to the Parkland shooting.

Additionally, it came to light in the days following the shooting that the school resource officer, who was an armed sheriff’s deputy, did not enter the school building where the shooting took place. The officer has since resigned.

Broward Sheriff Scott Israel is investigating allegations that other deputies did not try to confront the shooter as well.

State Republicans, led by the speaker of the Florida House, are calling on the governor to suspend Israel for what they call “malfeasance, misfeasance, neglect of duty [or] incompetence.”

Israel has rejected calls to resign.

This week, lawmakers in Florida — a state that has had a history of expanding gun rights — are taking up legislation that would ban bump stocks and raise the minimum age to purchase a rifle from 18 to 21. Another provision being considered would allow law enforcement to temporarily confiscate firearms from owners if they are deemed a threat to themselves or others.

Scott urged lawmakers to get a bill to his desk before the legislative session ends in early March.

Cruz was arrested the same day as the shooting. He has been ordered held without bond and faces 17 charges of premeditated murder.