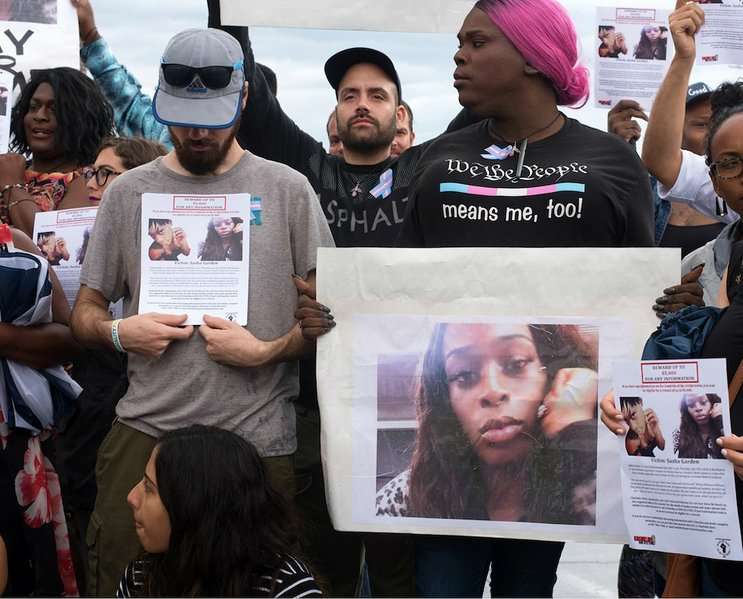 Photo: Observers at the Sasha Garden vigil in 2018 by Monivette Cordeiro, orlandoweekly.com

Last week, a transgender woman was found dead at the back of an Orlando apartment complex.

Orange County Sheriff’s deputies found the body of 27-year-old Sasha Garden at the Reserve at Lake Buchanan Apartments on Holden Avenue around 5 a.m. on July 19. Investigators said her body had signs of trauma and described her death as a “homicide.” No suspects have been identified so far.

Garden is the fourth black trans woman to be murdered in Florida within the span of five months.

Like the other three women, Garden was initially misgendered in an offensive way by the Orange County Sheriff’s Office and local TV news stations. Hours after Garden’s friends and family called them out, the Sheriff’s Office finally sent out a corrected report referring to her as a trans woman and media outlets updated their headlines. Days later, Sheriff Jerry Demings apologized, saying his office “did not intend to be insensitive” during their effort to solve the crime.

But the damage was already done. Intentionally misgendering Garden was not only disrespectful – in a way, it was an act of violence. It erased her identity and dehumanized her, despite Garden being the victim of a crime.

Tiara Kelley, a local LGBTQ advocate, says the way Garden was treated by law enforcement and the media allows others to dismiss the lives of transgender people as a whole.

Kelley says, “We’re people. We are someone’s cousins, sisters, brothers, aunties, uncles. And who we are should not change that or change the way we’re treated in situations like this.”