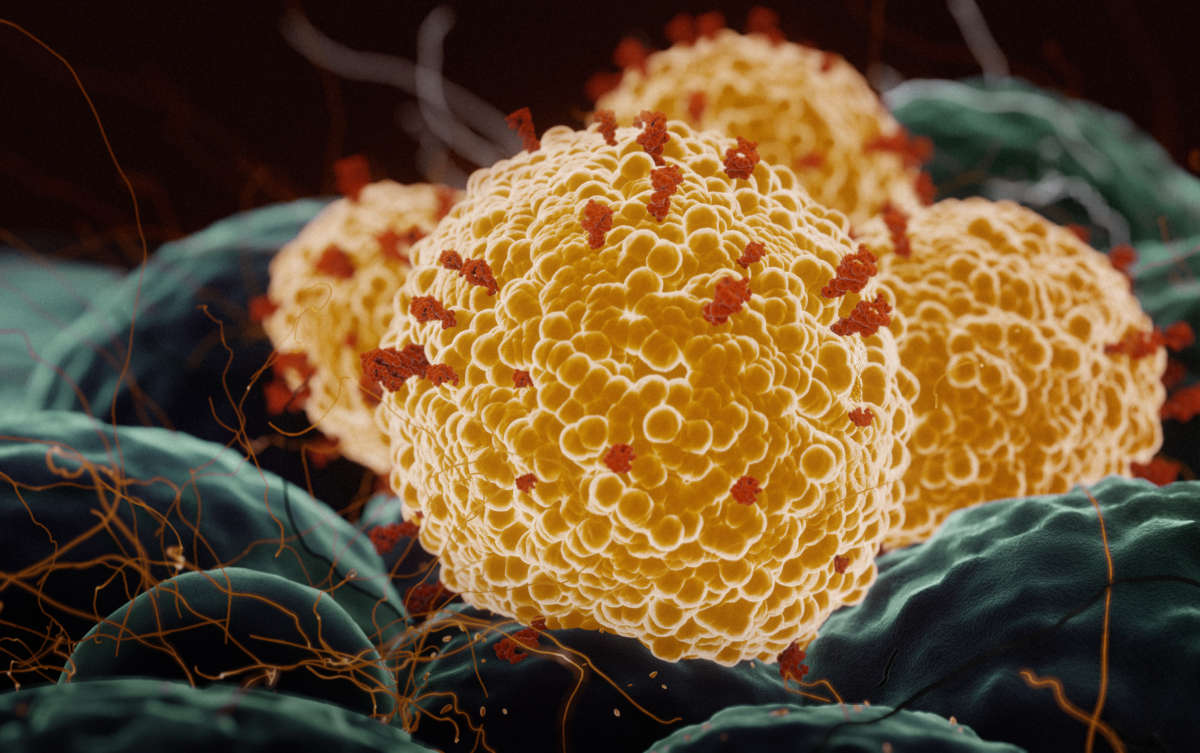 The government says people who were vaccinated against COVID-19 eight months ago will need a booster.

That decision is based in part on blood tests that show antibody levels in vaccinated people decline over time.

Some of those tests were done at the University of Texas Medical Branch in Galveston, Texas.

The UTMB campus is a mix of old and new buildings near the north end of Galveston Island.

Virologist Pei-Yong Shi moved there six years ago from Singapore, where he worked for the drug company Novartis. He was drawn to Galveston because it has what’s called a BSL-3 facility, for biosafety level 3 — a special lab that allows researchers to safely work on dangerous viruses.

At the start of last year, Shi had been working with the Zika virus. But when the coronavirus appeared, he asked the Centers for Disease Control and Prevention to send him a sample so he could work on that virus. It didn’t take long for the CDC to comply.

Shi remembers a call from a colleague.

Shi planned to make a neutralization assay, a blood test that would show whether a particular drug or vaccine could stop the virus from infecting cells in the lab. A successful test wouldn’t be a guarantee, but rather a good indication, that the same drug or vaccine would stop the virus from infecting people or making them sick.

To run the assay, you take cells grown in the lab (they happen to be cells that were original derived from monkey kidneys) and mix them with the coronavirus. Then you add serum from vaccinated people. If the serum contains antibodies to the virus, it will prevent the virus from infecting the cells. If it doesn’t, the virus will infect the cells.

One of Shi’s tricks was to speed up this test by adding a fluorescent tag to the virus. If the cells became infected, they would glow.

Shi started working on his assay as soon as the virus arrived. “We developed the system just 42 days later,” he says. “And then I remember March 26 is the first contact with Pfizer.”

Pfizer, along with the German biotech company BioNTech, had developed a new kind of vaccine, and to test it, they urgently needed an assay like the one Shi’s lab had created.

“The key thing is that the [assay] requires BSL-3 containment,” says Phil Dormitzer, chief scientific officer for viral vaccines at Pfizer. “At that time, we didn’t have it.”

And there was another factor working in favor of a collaboration. Before joining Pfizer, Dormitzer worked at Novartis, where he had worked with Shi on occasion.

When Dormitzer found out that Shi had the right assay and the right facilities and could do the work, he was delighted.

“It is very good to work with someone you know and trust,” Dormitzer says.

Pfizer was eager to see Shi’s setup. The company was about to commit to testing the vaccine in 40,000 people around the world, and Pfizer scientists wanted to be sure his assay was reliable.

The collaboration began in the spring of 2020, when commercial travel was difficult. Shi remembers a whole crew from Pfizer arrived by helicopter.

The blood samples Pfizer sends Shi are stored in a room down the hall from his office.

When they’re ready to run an assay with the samples, they take them to the BSL-3 facility in a neighboring building.

You have to pass through two sets of airtight doors to reach the anteroom of the BSL-3 facility.

The room is under negative pressure, meaning air flows in, not out into the hallway.

The anteroom is for people who’re going into the BSL-3 lab. No visitors allowed in. The room has racks for protective equipment: face shields, gowns, gloves and special air-purifying respirators.

The assay is done in the facility because of precautions to keep workers safe and to prevent the virus from leaking out into the world.

In early spring of last year, Pfizer began using this facility to test the blood of the first volunteers to get the company’s experimental vaccine. By July, Pfizer was encouraged enough by the results that it went ahead with clinical studies to show the vaccine was safe and effective. By December, the Food and Drug Administration authorized Pfizer’s vaccine for emergency use, and the company could start shipping it.

Several companies were working on COVID-19 vaccines at the same time Pfizer was, and some of them also contacted Shi. But he says he decided to work with Pfizer.

“If we want to make an impact, we cannot spread to help 10 companies. In the end, if that is the case, you don’t help anybody,” Shi says.

Shi continues to work with Pfizer, testing blood samples to see if they have antibodies that will work against the new viral variants.

He has also been testing blood taken from people months after they were vaccinated to see if their antibody levels decline over time.

Shi has data to show they are declining. That’s part of the evidence that convinced federal health officials to announce this week that a booster shot is needed.

Shi says it would have been easier to make a decision about boosters if there were a precise cutoff line, a specific antibody level too low to be protective.

“But that cutoff line hasn’t been defined yet in the field. So it’s everybody’s guess,” Shi says.

The government is betting, though, that Shi’s results are telling us something important.