A teenager’s ‘I Voted’ sticker design hits a nerve, and now everyone wants one 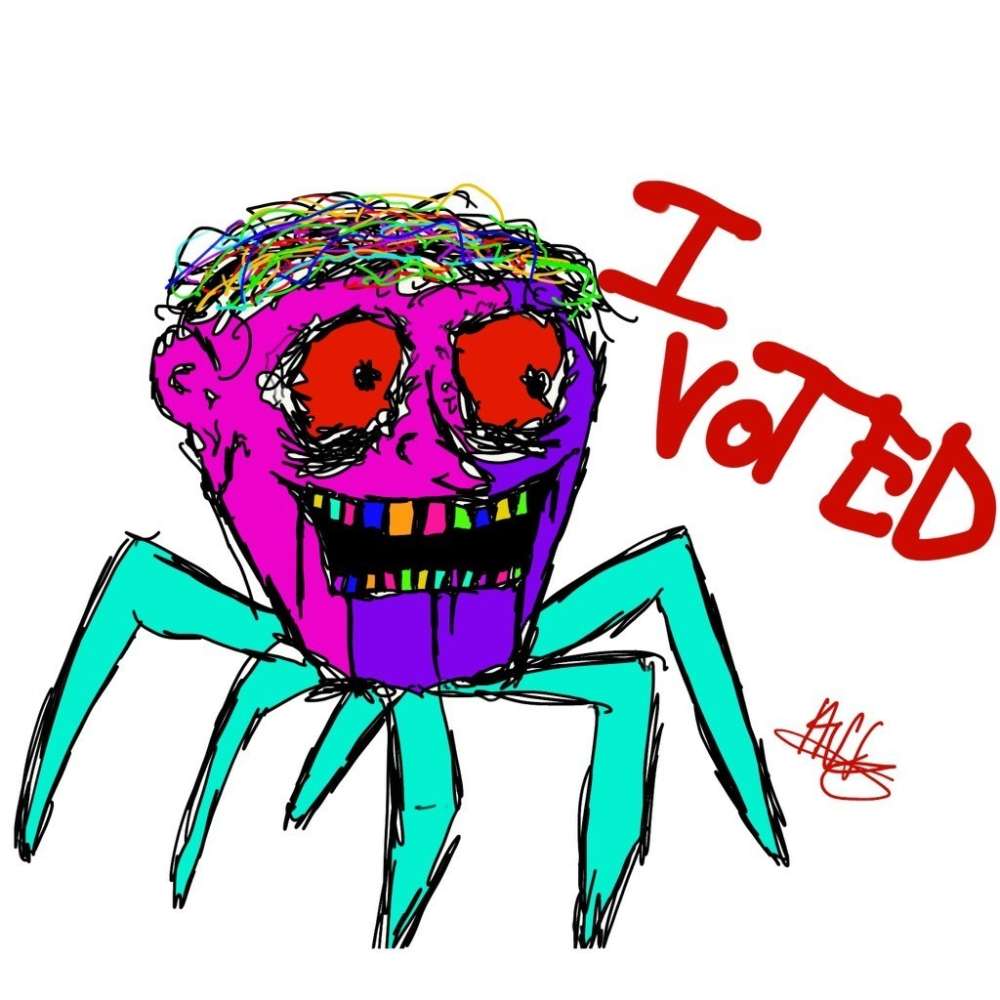 Would earning this sticker motivate you to vote?

Hudson Rowan never really considered himself an artist, but he’s now seriously reconsidering that after the attention he has received this month.

“It’s got crazy bulging eyes, mangled looking hair, looking off into the distance … some crazy, like, spider robot legs shooting outta the sides,” he said. “It kind of gives a chaotic vibe.”

Why did Hudson draw this? His mom asked if he wanted to enter the “I Voted” sticker contest in Ulster County, New York. And this spider-robot-humanoid is what he thought voters would want to display to flex that they’d done their civic duty.

Ashley Dittus, the commissioner of the Ulster County Board of Elections, was floored.

“I will never forget when I saw it,” she said. “I instantly smiled and I had to show it to other people. I just couldn’t keep it to myself.”

Dittus said most of the submissions she had seen since the contest started last year included red, white and blue; or maybe images of mountains to represent their county in the Catskills. But she’s never seen anything like this before.

Dittus said after Rowan’s design became a finalist, it went viral on social media. And he has the votes on the county website to show it.

Going on a hot girl walk in my ulster county I voted sticker shirt. pic.twitter.com/rFtHeUYlUC

On Friday, Rowan was officially declared the winner of the contest. So the people of Ulster County can come to collect their prize sticker on the November election day (as well as vote, of course).

“It certainly has gone beyond the scope of Ulster County, but that’s great because the more people that are looking and exploring voting … not just New York State residents, but all over the place, that’s how we get democracy to thrive,” she said.

Dittus has received many calls about this sticker, even people who ask about purchasing merch with Rowan’s creature on it.

“It hits a nerve. It makes people on both sides of the aisle feel like, yep, this is what voting is like,” she said. “This is what participating in our democracy looks like in 2022.”

Rowan has heard similar interpretations from his growing following online.

“The whole thing is really a very chaotic thing,” he said. “And all that is going on in the world right now, I feel like that picture kind of represents it … the whole COVID thing, and then wars going on, and then gun violence and politics.”

Rowan may not have intended to capture the state of the world in his one “I Voted” sticker design, but he’s thrilled it is starting conversations about an institution he considers essential.

“Everyone needs to vote,” Rowan said. “And if people would just stop voting, thinking their vote doesn’t matter … then yeah, that’s bad.”