A System in the Deep Tropics is Showing Signs of Organizing 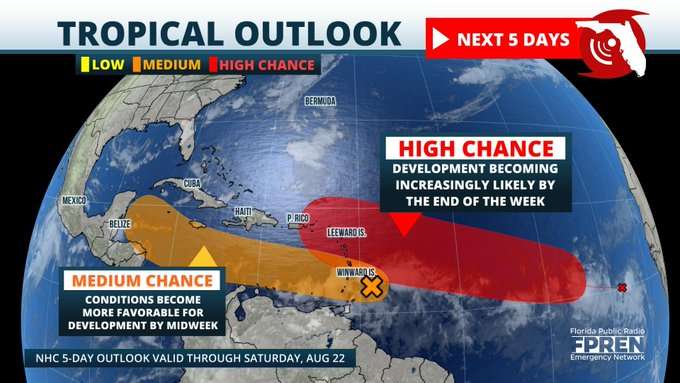 Forecasters continue to monitor two tropical waves; one is in the eastern Caribbean and the other in the deep Tropical Atlantic.

Meteorologist Ray Hawthorne says the system in the deep tropics is showing signs of organizing.

“The wave is about 700 miles west of the Cape Verde Islands and I expect it to be classified a tropical depression in a day or two. Most of the models suggest the environment will be favorable for strengthening as it moves in the general direction of the eastern Caribbean by Friday.”

The National Hurricane Center says the other tropical wave currently in the eastern Caribbean is unlikely to develop over the next couple of days, but has a 60% chance of becoming a tropical depression in the western Caribbean late this week.