A Suspected Ebola Patient On The Run In Liberia 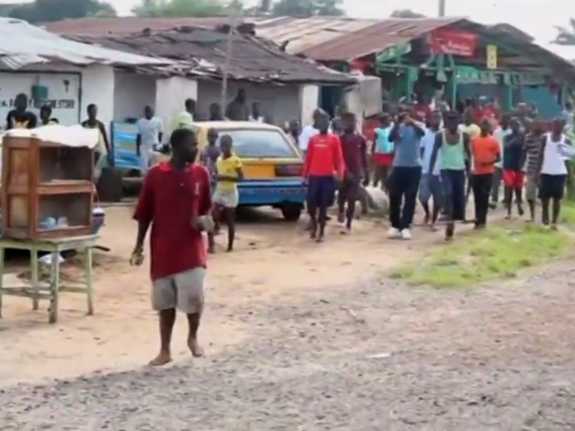 A newly released video shows health workers in Liberia attempting to capture a suspected Ebola patient, who had allegedly escaped from a treatment center on Sept. 1.

Clad in a red shirt, the man was wearing a badge indicating that he was being treated for Ebola at the ELWA hospital in the Paynesville neighborhood of Monrovia, the capital city. The Ebola wards at ELWA have been so overcrowded that at times they’ve had to turn away people suspected of being infected with the deadly virus.