A Surge In Number Of Sinkholes After Hurricane Irma 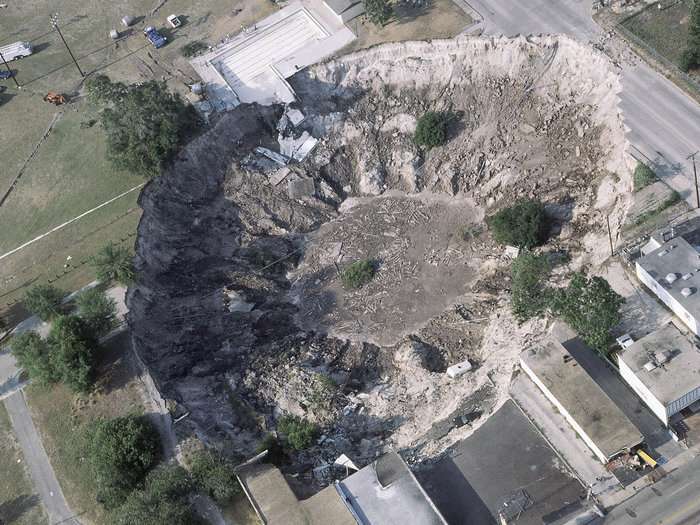 This 1981 sinkhole swallowed a woman's house and part of a car dealership in Winter Park. Photo courtesy NPR

The number of sinkholes in Florida has surged since Hurricane Irma.

Some 400 sinkholes have been reported statewide since Hurricane Irma hit in September.

Anthony Randazzo of the engineering and geology firm Geohazards says water flowing underground during such heavy rain events brings with it clay and sand.

“Once you begin to do this you promote a lack of support for the ground surface to be able to hold or support a structure.”

He says the sinkholes will continue and that north and central Florida especially are prone with their old limestone that is close to the surface and rife with caverns and cavities.