A Strawberry Moon Will Rise This Thursday — No, It Won’t Be Red Or Pink 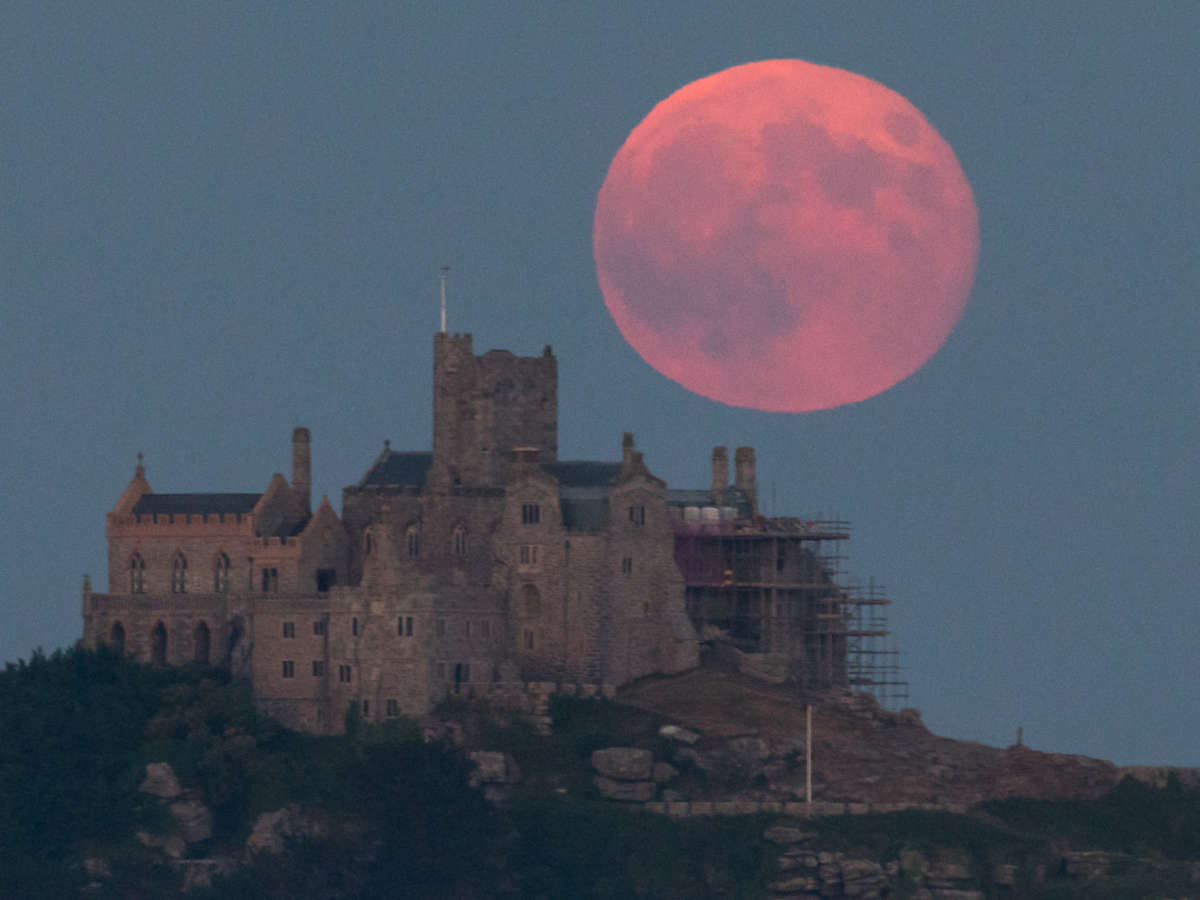 The strawberry moon was named by Native American tribes for its appearance during the strawberry picking season. Here, a full strawberry moon rises behind St Michael's Mount in Marazion near Penzance on June 28, 2018 in Cornwall, England.
Image credit: Matt Cardy

Look to the eastern skies for a sweet sight on Thursday evening: a strawberry moon is set to rise just as the sun dips below the horizon.

June’s full moon is best known as the strawberry moon, and it’s the first full moon after the summer solstice. It’s also a marginal supermoon, according to NASA, as definitions of a supermoon are widely varied among publications.

While the moon will still be large and at one of its closest points to Earth in its elliptical orbit, this moon will be further away from our planet than the last three full moons, NASA says.

The strawberry moon gets its sweet name from the Algonquin tribes of North America who related its appearance to the start of the strawberry picking season. So it won’t appear red or pink; it will look large and gold as it appears above the horizon, says Jackie Faherty, an astrophysicist with the American Museum of Natural History.

“It’ll look goldish. It can have a tiny bit of a red tinge to it depending on what’s in the atmosphere, but mostly it will look like a nice yellow,” Faherty says.

Moonrise is the perfect time to get the most picturesque views of our gray celestial neighbor, Faherty says, as it will appear at its largest and most colorful when it’s just above the horizon. She considers watching a full moon rise one of the “most unappreciated astronomical phenomena” and encourages viewers Thursday to watch for the moon’s most detailed characteristics as the setting sun vividly illuminates its rising form.

“You can look for the dark parts and the light parts, and it is a particularly close full moon,” she said. “You can see some of the structures — there are mountains on the moon, there are valleys on the moon. You can try and look for all that as it’s rising.”

The strawberry moon is a moon of many names, including “honey moon”

The strawberry moon goes by many other names, including “hot moon” for the introduction of warmer summer weather, “rose moon” for the time that roses bloom in late June and “honey moon,” an old European name because it appeared when honey was ready to be harvested from hives to make mead, according to NASA. The word “honeymoon,” which dates back to the 1500s, may also be related to this particular moon, possibly due to the number of marriages in June.

“We came up with names for the moon because it used to be what people looked at and set their calendars by, the original lunar calendars,” Faherty said. “That’s why we get these really fun descriptive names. Not because of what it’s going to look like, but because of what’s happening around you.”

While Thursday’s strawberry moon will reach peak illumination at around 2:40 p.m. ET, it won’t be visible until it appears above the horizon. But Faherty says this won’t noticeably dull its vibrance.

To see when the moon is set to rise and set in your area, use the Almanac’s moonrise/moonset calculator.

View not the best where you live? You can also watch the strawberry moon live online as it rises and sits over Rome.