A Space For Comedy & SLS Testing 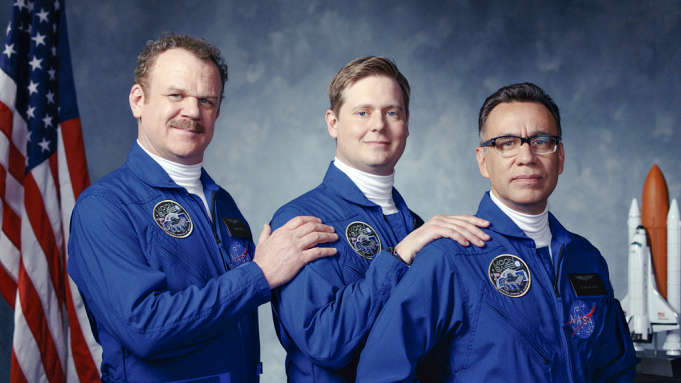 Before astronauts travel to places like the moon or Mars, they train for the isolation and exploration here on Earth. They’re called mission analogues and are important for understanding how humans will live for extended periods of time off-planet.

A moon analogue is also the scene for a new comedy show from Showtime and A24. Moonbase 8 chronicles a trio of astronauts working to prove to NASA they’re worthy of a mission to the moon.

We’ll speak with co-creators, writers and stars of the new show, John C. Reilly, Tim Heidecker and Fred Armisen about the inspiration and research behind the series.

Then, An active tropical storm season in the Gulf has delayed a critical test of SLS, NASA’s next moon rocket. The Green Run is a critical test campaign of the core stage booster, culminating with a firing of the rocket’s four main engines.

We’ll speak with Boeing Engineer Kristine Ramos about the test…and what’s ahead for NASA’s next moon-shot.