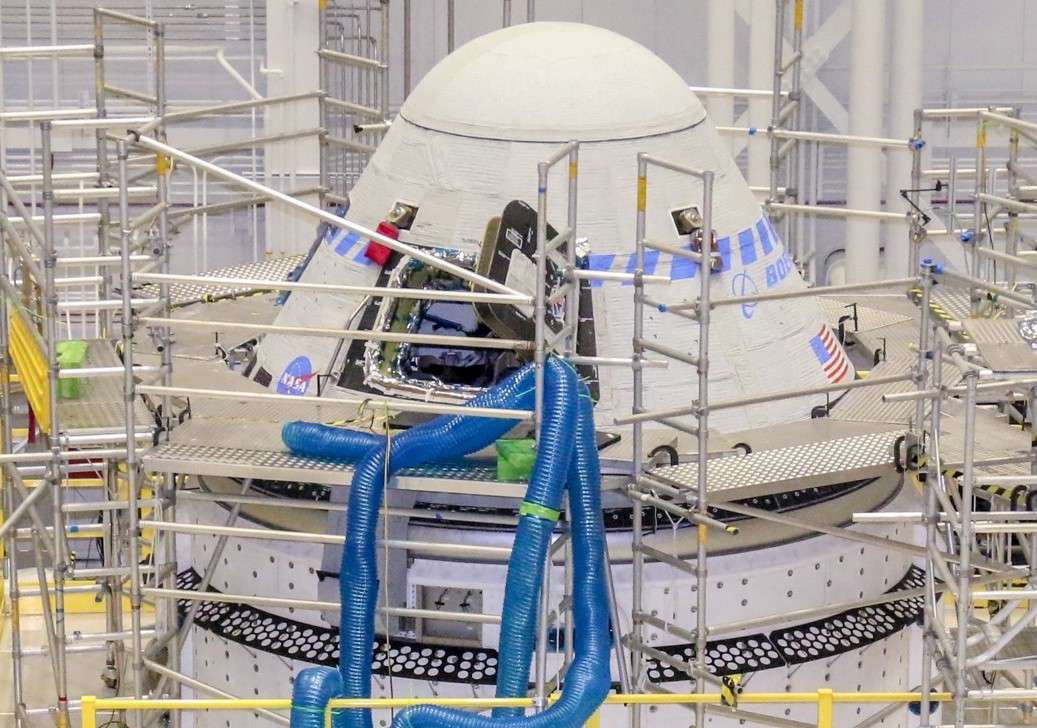 The Starliner spacecraft that will fly Boeing’s Orbital Flight Test-2 mission to the International Space Station is seen inside the Starliner production factory at Kennedy Space Center in Florida on April 28, 2021. Photo: Boeing

A test mission for Boeing’s Starliner crew capsule is targeting a launch from Cape Canaveral a year and a half after a previous attempt failed to reach the International Space Station.

Boeing and NASA are targeting the launch July 30 at 2:53 p.m. ET, pending range approval. The company is designing and developing the Starliner capsule to launch astronauts to the ISS as part of NASA’s Commercial Crew program.

An attempt to launch Starliner on an uncrewed test mission back in December 2019 ended early due to software issues. While the capsule didn’t reach the ISS as planned, it did land safely after a short stay in orbit.

This new attempt, called Orbital Flight Test-2 (OFT-2), will launch the Starliner capsule on ULA’s Atlas V rocket. Boeing recently conducted a five-day, 110-hour simulation of the mission that resulted in a virtual docking to the ISS and successful landing.

“We’re feeling very confident in the software with the success of end-to-end testing,” said John Vollmer, Starliner vice president and program manager. “This campaign is about more than just our next mission. We’re working to ensure the safety and success of all future Starliner flights for NASA and every commercial customer to come.”

After a review of the first Starliner mission that failed to reach the station, a Boeing/NASA Joint Independent Review Team made recommendations to the program. Boeing said all of those actions are complete and are pending closure from NASA. The Starliner team submitted paperwork to NASA for a final review before launching OFT-2.

NASA is also working with SpaceX to ferry astronauts to the station. SpaceX successfully completed its first operational mission to the station under the Commercial Crew contract which lasted nearly six months. That crew of four safely splashed down in the Gulf of Mexico May 2.

Last month, SpaceX’s Crew Dragon launched another crew of astronauts on a six-month mission from Kennedy Space Center, set to return this fall.