A Recap of International Women’s Day Around the World: Clashes, Coronavirus And Women Prepare To Strike 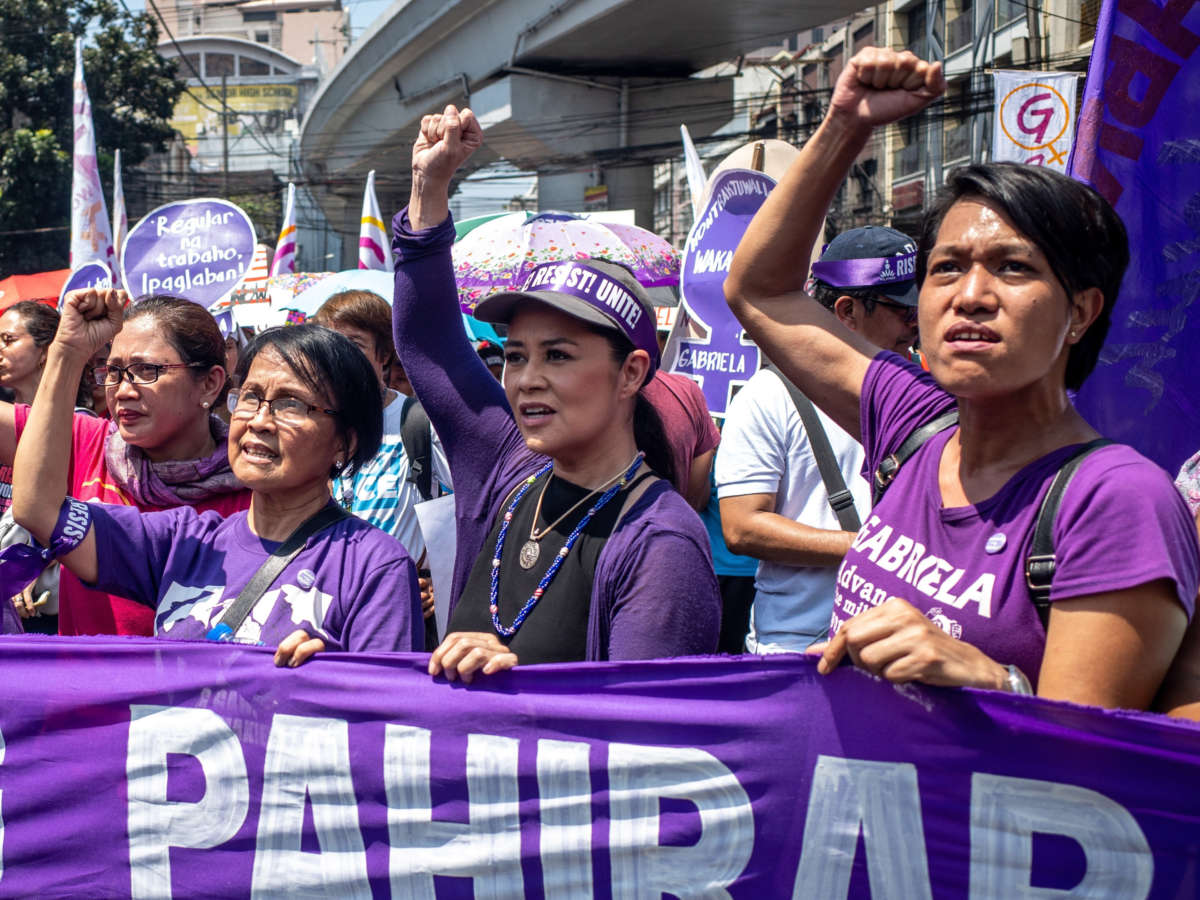 Marchers in Santiago, Chile, flooded the streets as part of International Women's Day marches. Confrontations with police were reported at events in Chile and Turkey and other countries.
Image credit: Esteban Felix

Organizers and marchers have been out marking International Women’s Day.

A holiday with its origins in the labor and socialist movements of the 20th century, the day now recognized by the United Nations occasions rallies and events from Caracas to Baghdad to spotlight issues facing women globally.

This year, rallies in Pakistan and Kyrgyzstan were met with violence while marchers in Turkey and Chile were confronted by police. The COVID-19 outbreak forced cancellations while others boldly marched, defying fears of the epidemic.

Here’s a round-up of the news and pictures to come from International Women’s Day 2020.

A women’s strike in Mexico

This year’s International Women’s Day comes on the eve of a planned “women’s strike” in Mexico Monday.

Spurred on by feminist activists, the strike comes in the wake of intensifying protests and demands for government actions against the often grisly murders of women in the country.

Government estimates say 10 Mexican women are killed daily with more than 3,800 killed last year alone. Many of those cases involve sexual assault. The strike calling on women to abstain from work and school for a day has gained traction, The Associated Press reports, reaching far beyond the Mexico’s activist circles.

Marta Patricia Ramírez, a housewife, told the wire service she organized a neighborhood event to discuss harassment. Dentist Jesica Solis will keep her office closed. Marta Pérez told the AP she won’t lift a plate Monday and that her daughter will not go on social media.

The strike has also gotten the go-ahead from many large employers in Mexico. Walmart says its 108,000 female workers are allowed to join the action. Ford, banking and media company Grupo Salinas, and baked goods producer Bimbo are supporting the movement, The Washington Post adds.

The Post also reports that 21 million women are registered as workers in Mexico.

In the days leading up to the strike, women have been out in force with thousands attending events. On Saturday a concert performed entirely by female artists packed Mexico City’s Zocalo, the metropolis’s main square. Attendees chanted “justice” as a singers performed the anti-femicide anthem, “Song Without Fear,” the AP reports.

On Sunday, activists painted more than 3,000 names of victims across that same square.

Some 20,000 were expected to march in the Mexican capital Sunday.

Both South Korea and China — the countries reporting the highest rates of infections — called off public events.

Elsewhere in Asia, The Bangkok Post reports marches went ahead in Indonesia, the Philippines as well as in Thailand, where women demanded increased labor protections and greater rights.

While Italy, the European country with the greatest number of infections, was in partial lockdown Sunday, celebrations, rallies and marches continued on as planned across the continent, according to Voice of America.

Not every celebration of the day of women’s rights advocacy went peacefully.

In several countries, marchers were faced with opposition by both religious hardliners as well as local authorities.

In Islamabad, Pakistan, demonstrators at a rival rally of hardline Islamists attempted to break through a police barrier, hurling objects, including shoes and stones, at women participating in the march.

Islamist attackers were particularly enraged by one slogan of the International Women’s Day ralliers, “my body, my choice.”

In Kyrgyzstan, women were also reportedly attacked by masked men, then detained by police while organizing a women’s day event in the capital Bishkek.

In Turkey, police blocked hundreds of women in Istanbul from entering the city’s Taksim Square. The roads leading to the city’s famed square were closed because they were “not classified as designated areas for assembly and demonstrations according to law,” says a governor’s statement quoted by Reuters.

Reuters adds last year’s marchers in Turkey were met with tear gas by police attempting to break up their crowd.

In Chile, there were several reports of clashes with police and a handful of arrests. In the capital Santiago, reports of crowd size conflicted, with organizers saying 2 million marchers flooded the streets while police said it was only 120,000.

The march happened amid ongoing tensions in Chile. Sometimes-violent anti-government protests over social inequality began in October and continue sporadically. Marchers on Sunday decried abuses they said Chile’s security services carried out against women during those protests.

Elsewhere around the world, in photos