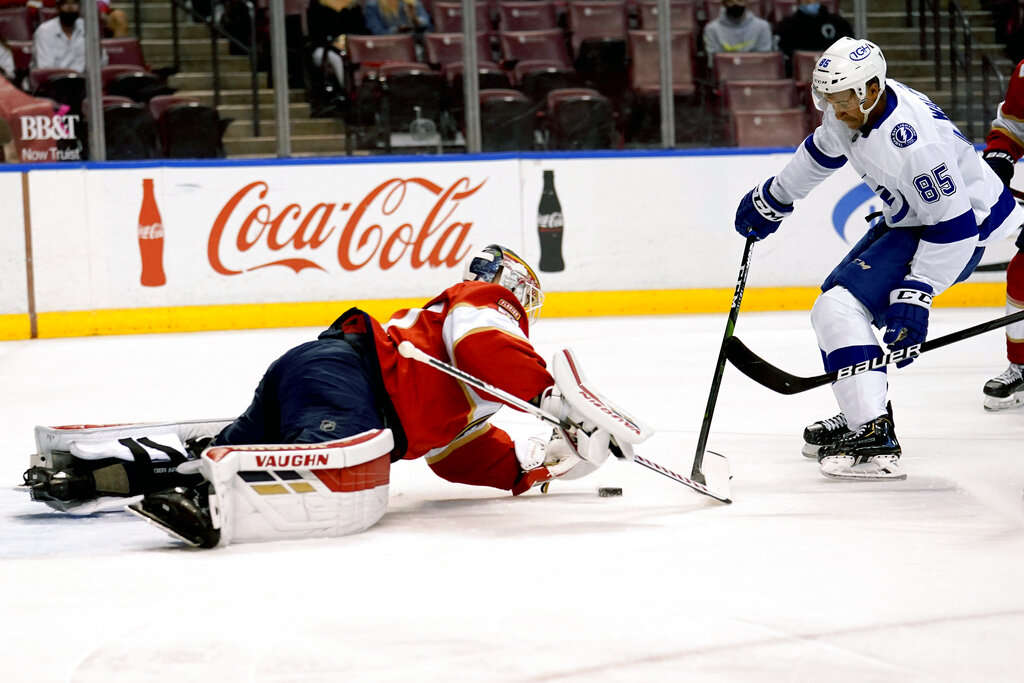 SUNRISE, Fla. (AP) — The Tampa Bay Lightning started three Black forwards in their regular-season finale against the Florida Panthers, a rarity in NHL history — if not an absolute first.

Daniel Walcott, Mathieu Joseph and Gemel Smith were out together for the opening face-off and didn’t know they would be starting together until just minutes before game time.

It was Walcott’s NHL debut.

Roughly 3% of NHL players are Black, and it’s unclear how many times such a trio of Black forwards have been on the ice together in any pro league before. It has happened, at least in the minor leagues.