A Push To Get More Women On Corporate Boards Gains Momentum 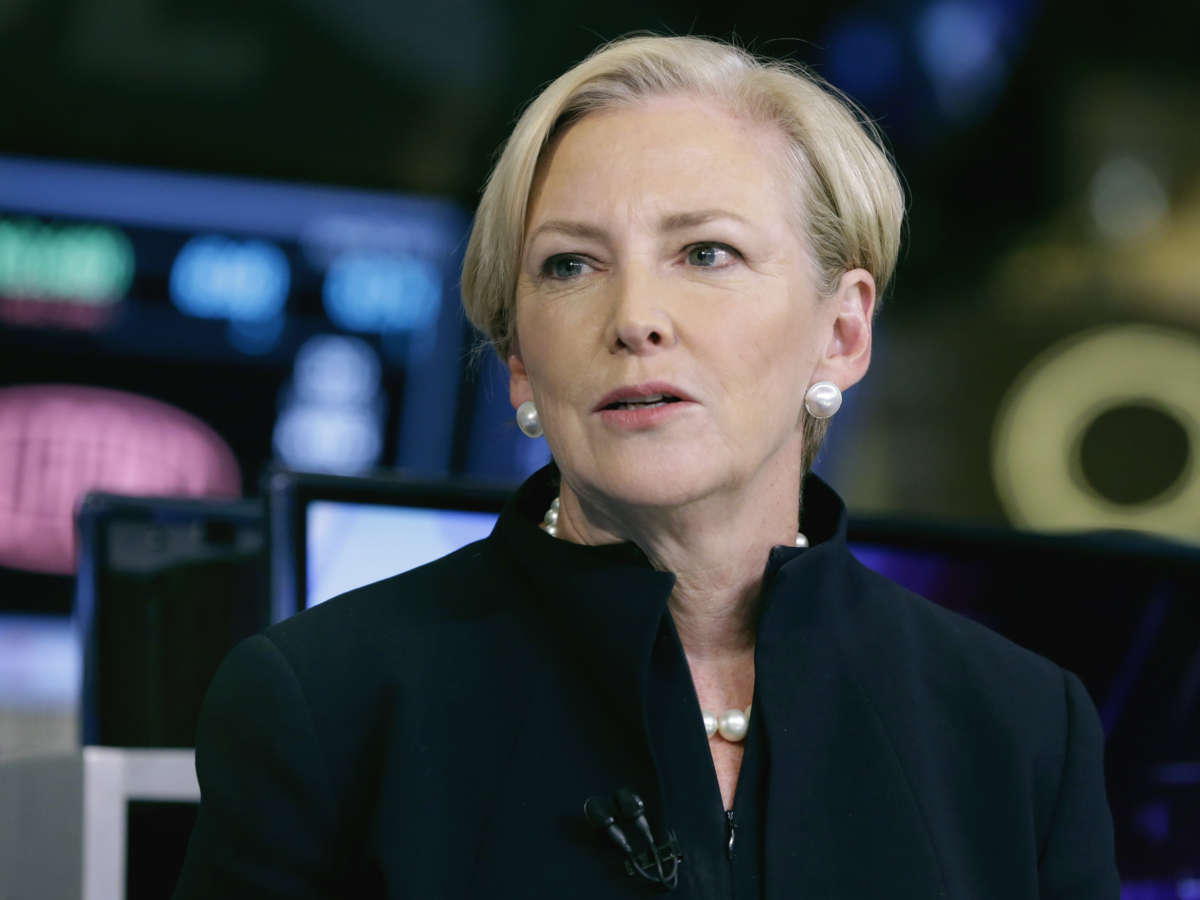 Ellen Kullman is one of the four women on the Goldman Sachs board of directors. The former DuPont CEO says she has developed a network of female executives and is giving recommendations to companies looking for female board members.
Image credit: Richard Drew

When Silicon Valley-based Adesto Technologies invited Susan Uthayakumar to join its all-male board last year, she had no idea California had just passed a gender quota.

She’s the country president and CEO of Schneider Electric Canada, where she’s spent the last several years working in IoT, or the Internet of things, which powers devices like smart speakers and Internet-connected doorbells.

“The reason I was brought on board to the Adesto board is because I had the IoT experience. That background is there for me, so I’m actually being asked to give my voice quite a bit,” Uthayakumar said. “The board is very welcoming.”

Lately, a lot of accomplished female executives have gotten similar calls to join boards of companies headquartered in California.

Among the largest 3,000 largest U.S. publicly traded companies, only about one in five board members are women, according to Equilar, which tracks corporate governance data. And it says nearly one in 10 boards have no women.

In 2018, California became the first state to mandate gender diversity in boardrooms with the passage of a bill called SB 826. The measure, requires publicly traded companies based there to have at least one female board director — or face a $100,000 fine.

If supercharging the push toward gender parity on boards was the goal, it appears to be working.

The nonprofit advocacy group 2020 Women on Boards has been tracking changes at more than 400 major California companies. Before the law, 75 firms lacked a female board member, the group found. By the middle of 2019, two-thirds of those companies had added at least one woman to their boards. The law gave companies until Dec. 31, 2019, to comply.

The idea is gaining traction elsewhere, where similar legislation being introduced in Massachusetts, New Jersey and Washington.

And companies outside of California are also moving to add more female representation in the boardroom.

TheBoardlist, a database that companies can search to find female directors, has experienced a 20% increase in inquiries — and not just in California.

“I think there was this halo effect simply because the topic has been discussed so much more in the last year or two,” said Shannon Gordon, CEO of theBoardlist. “Companies are kind of coming around to the value of diversity on boards.”

In January, Goldman Sachs CEO David Solomon turned heads when he announced that this summer, the bank will stop taking companies public in the U.S. and Europe unless they have at least one diverse board member.

In his announcement, he cited his experience with his own board at Goldman Sachs.

“We have four women out of 11. We have a black lead director. I really value the diverse perspectives I’m getting which are helping me run the company,” Solomon added.

Former DuPont CEO Ellen Kullman, one of the four women on the Goldman Sachs board, said California’s law forces companies that resist change to take action. Companies have long chosen board members based on their network of friends and acquaintances.

“That’s where I think the history has led to mostly male boards,” Kullman said. “Because if it’s word of mouth and you ask the men, historically, they have given a lot of names of other men. So now, we need to do the same.”

Kullman, who serves on a total of four corporate boards, says she has developed a network of female executives and is giving recommendations to companies looking for female board members.

“I’m not taking on any more boards. I’ve got plenty. But if people come to me with opportunities, I want to be able to point to four, five, or six different women,” Kullman said.

But in the year since its passage, critics have lodged a handful of lawsuits challenging California’s law on grounds that it’s discriminatory.

“The law violates the 14th Amendment’s promise of equal treatment before the law. And it actually forces people to make decisions on the basis of sex,” said Anastasia Boden, a senior attorney at the Pacific Legal Foundation.

Plus, Boden says, mandating gender diversity ultimately hurts women “by relegating them to quota hires and making them seem like space fillers.”

The law cites studies showing that having a critical mass creates an environment where women are no longer viewed as outsiders.

“There’s a 30% rule. When you have a minimum of 30%, that’s when you see a transformation of culture and a true transformation of how business operates,” says Shelley Zalis, CEO of The Female Quotient, a company aimed at advancing gender equality. “But we have to start somewhere.”