A private company wants to charge this neighborhood more for their water, even though some residents refuse to drink it 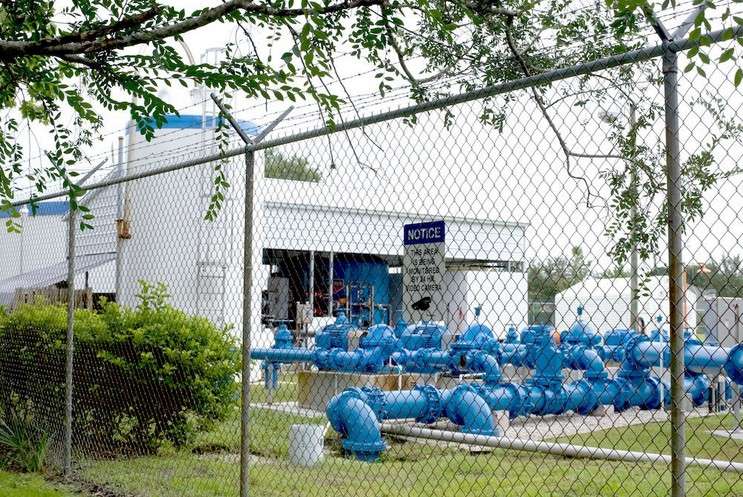 Pam DiMarzio’s three boys know the drill – when mommy sticks strips of blue painter’s tape over the bathroom faucets, the kitchen sink, the fridge and the shower, it means one thing: Don’t touch the water.

DiMarzio and other residents have been fighting for years now against Pluris Wedgefield Inc., a private, Dallas-based company that has provided water to the neighborhood since 2009. Neighbors say the water can be cloudy and reeks of chlorine, and some, like DiMarzio and her three children, will only drink bottled water.

After scores of complaints, some local residents were infuriated after learning the private company is actually trying to charge them more for water they won’t drink – Pluris filed documents with the Florida Public Service Commission in July seeking a rate hike.

A representative from Pluris wouldn’t comment for this story, but the Florida Department of Environmental Protection says Wedgefield’s water does not pose an immediate health risk. The state has been working with Pluris to create a pilot program after 2016 water tests done by Orange County on 18 Wedgefield homes found elevated levels of disinfectant byproducts in the water. DEP says the results so far have been promising, though some residents say the water is now bleaching their clothes. A group is collecting signatures to get Orange County to start negotiations to take over the private utility, though Pluris has indicated it doesn’t intend to sell.

Whether Pluris has fixed the issue or not, it clear from speaking to neighbors that the problem isn’t only what’s in the water – it’s also a loss of trust between people and a company that provides them a service necessary for survival.