A Planetary “Triple Crown” As Third Mission To Venus Announced 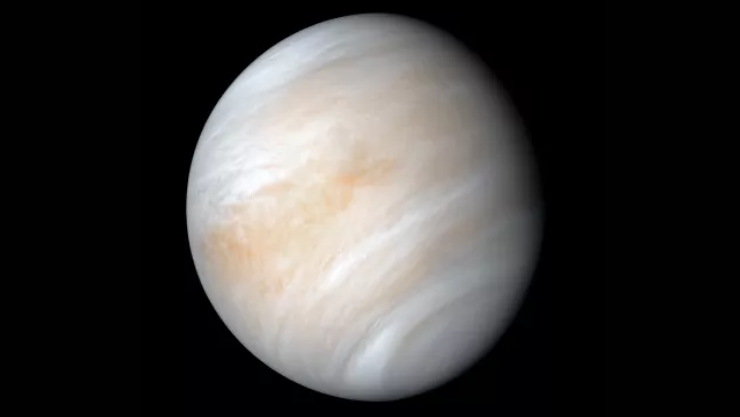 NASA is calling it a triple crown moment for Venus as a third mission was selected to head to one of Earth’s closest planetary neighbors. The announcement of a European Space Agency spacecraft call EnVision launching to Venus makes three missions now heading to the second-closest planet to the sun.

NASA announced the selection of two missions called DAVINCI+ and VERITAS last week, the first U.S. missions to Venus in over 30 years. One spacecraft will observe the atmosphere of the planet while the other maps nearly 98 percent of its surface. The two missions were funded through NASA’s Discovery program, providing around $500 million each for the development and launch of the spacecraft.

“The combined results of EnVision and our Discovery missions will tell us how the forces of volcanism, tectonics and chemical weathering joined together to create and sustain Venus’ runaway hothouse climate,” said Tom Wagner, NASA’s Discovery Program scientist at NASA Headquarters.

The European mission will explore the interaction between Venus’s atmosphere and geography by making detailed, high-resolution observations of the plant. The three missions combined could help scientists uncover why Venus — which is similar to Earth in size and composition — got so hot and how it’s atmosphere became so dense while Earth’s didn’t.

“So how is it that you have two worlds [Venus and Earth] that are functionally the same in terms of how they’re formed and what they’re made of that look nothing alike?” said Paul Byrne, a planetary geologist at NC State University. “That’s the question.”

NASA is providing the synthetic aperture radar, called VenSAR, for the ESA mission to make high-resolution measurements of the planet’s surface features. The data from these three missions will all work together to better understand the planet.

“I am delighted that the synergistic capabilities of these three new missions will transform our fundamental understanding of Venus,” said Lori Glaze, director of NASA’s Planetary Science Division. “ESA’s EnVision mission will provide unparalleled high-resolution imaging and polarimetry capabilities. High-resolution images of many dynamic processes at Mars profoundly changed the way we thought about the Red Planet and images at similar scales have the potential to do the same for Venus.”