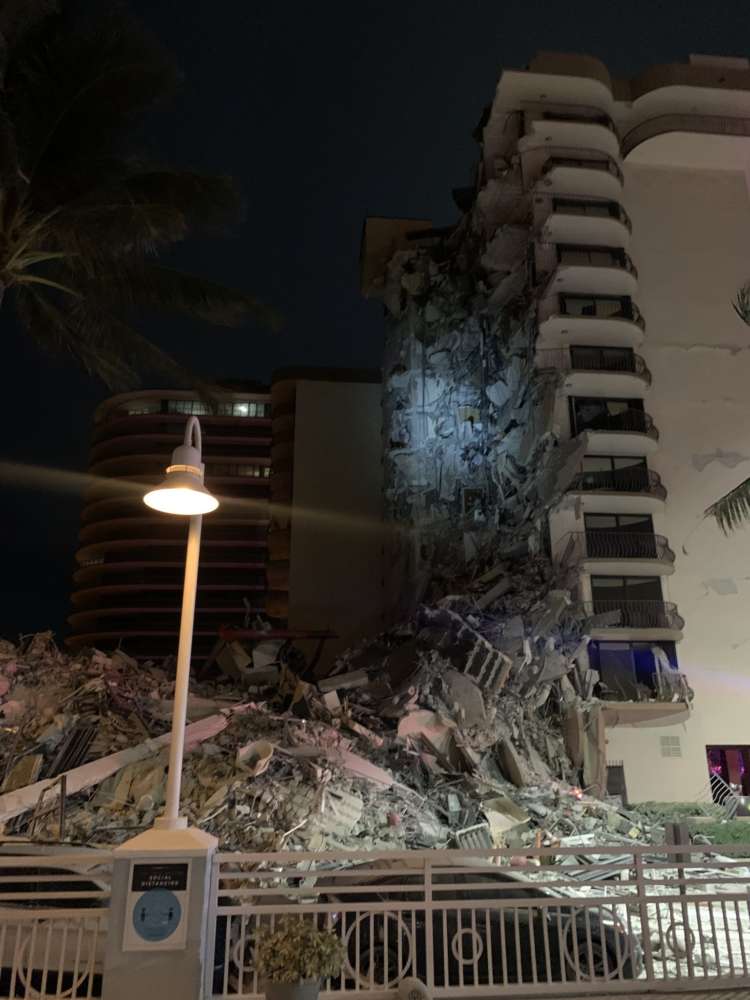 More than 80 Miami-Dade Fire and Rescue units responded to the scene on Collins Avenue in Surfside, Fla. Several municipal fire departments also arrived on scene to assist, according to the Miami-Dade Fire Rescue Twitter account.

The building was occupied at the time, but it’s unclear whether there were any injuries or fatalities as a result, according to CBS Miami. The address corresponds to the Champlain Towers South Condos, with multi-million dollar residences.

Images of the scene shared online show the entire side of the building destroyed with piles of rubble, wires and metal heaped alongside the road.

This is a developing story. Some details reported by the media may later turn out to be wrong. We will focus on reports from police officials and other authorities, credible news outlets and reporters who are at the scene, and we will update as the situation develops.