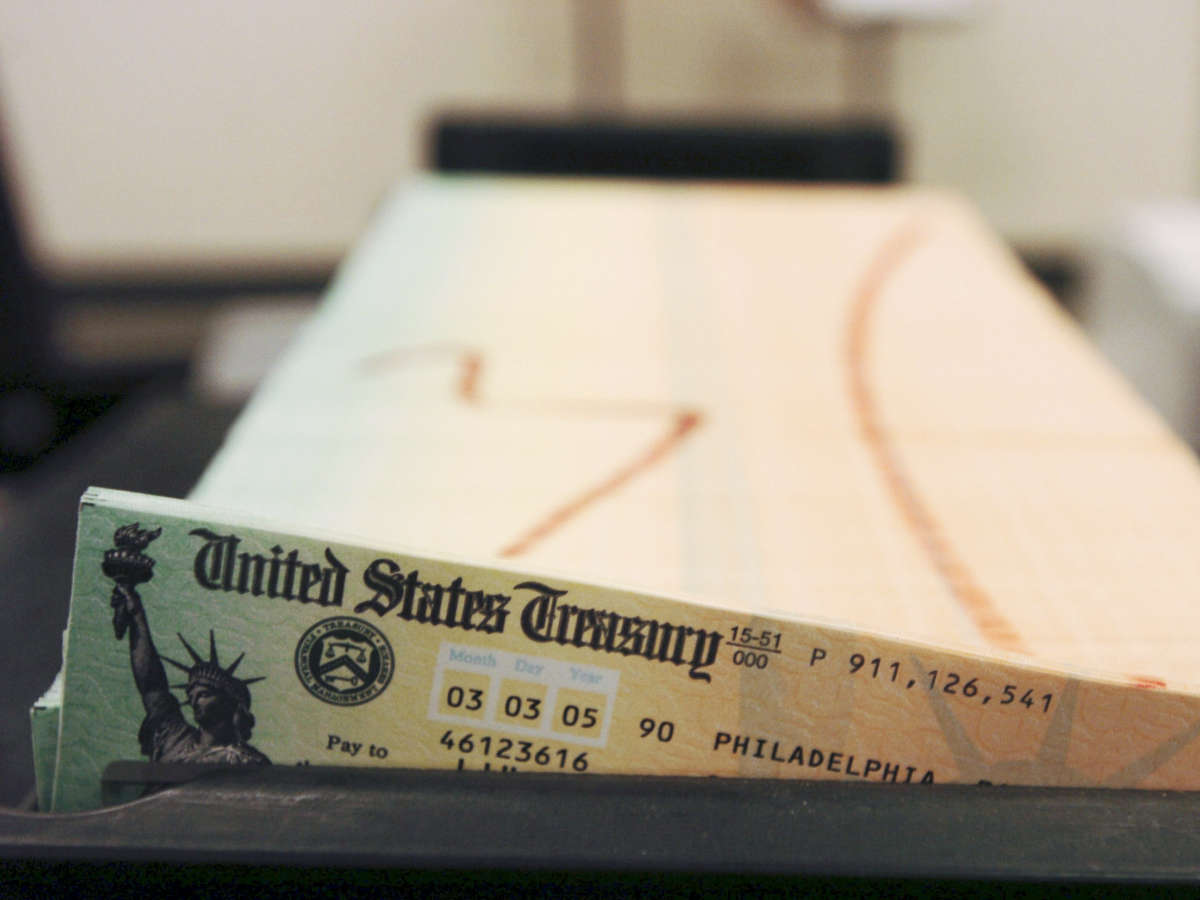 In this Feb. 11, 2005 file photo, trays of printed social security checks wait to be mailed from the U.S. Treasury's Financial Management services facility in Philadelphia. The financial impact of the coronavirus pandemic on Social Security and Medicare is front and center as the government releases its annual report on the state of the bedrock retirement programs on Tuesday, Aug. 31, 2021.
Image credit: Bradley C Bower

WASHINGTON — The sharp shock of the coronavirus recession pushed Social Security a year closer to insolvency but left Medicare’s exhaustion date unchanged, the government reported Tuesday in a counterintuitive assessment that deepens the uncertainty around the nation’s bedrock retirement programs.

In the 1980s, financial warnings about Social Security prompted then-President Ronald Reagan and lawmakers of both parties in Congress to collaborate on a long-term solvency plan, but such action is unlikely in today’s bitter political climate. Democrats who control the White House and Congress offered assurances they would protect both programs.

“The Biden-Harris administration is committed to safeguarding these programs and ensuring they continue to deliver economic security and health care to older Americans,” Treasury Secretary Janet Yellen said in a statement.

The latest estimates reflected the push and pull of many factors flowing from the pandemic, and the full impact may take years to sort out. The deep but relatively short recession slashed revenue from payroll taxes. But the death toll from COVID-19, concentrated among older people, reduced future Social Security benefit payouts. Hospitals were stressed by the influx of COVID patients, but Medicare didn’t have to pay for as many knee surgeries, colonoscopies and other more routine procedures. Birth rates and immigration, which tend to bolster the two programs, both fell.

For Social Security, the loss of payroll tax revenue outweighed any savings from what the program would have paid out to people whose lives were lost in the pandemic. The report noted that employment, earnings, interest rates and economic growth plummeted in the second quarter of 2020 after the pandemic hit the United States.

“The finances of both programs have been significantly affected by the pandemic and the recession of 2020,” the trustees said. But “given the unprecedented level of uncertainty” there was no consensus on what the long-lasting effects of the pandemic would be. A looming question for Medicare: Will the population of beneficiaries who survived the pandemic be healthier on the whole, or will a high number suffer from new conditions like long COVID?

Social Security pays benefits to more than 65 million Americans, mainly retirees but also disabled people and survivors of deceased workers. Medicare covers more than 60 million older and disabled people. Together, both programs account for more than 40% of the federal budget, and act as stabilizer not only for families, but for the national economy.

While long-term projections are sobering, in the short run there was some good news for Social Security recipients.

Government economic experts who prepared the Social Security report estimated recent increases in inflation mean the cost-of-living adjustment for 2022 will approach 6%, a whopping jump from the 1.3% COLA awarded for this year.

Some of that may go for higher Medicare costs. The Medicare “Part B” premium for outpatient coverage was projected to rise by $10 a month in 2022, to $158.50 under the report’s intermediate assumptions. The official number won’t be released until later this year.

Social Security and Medicare remain under intense financial pressure with the retirement of millions of baby boomers, who are living longer than previous generations.

Because reductions of that magnitude would cause a political uproar, it is likely that a future Congress would find ways to recover the lost benefits, either by hiking the payroll taxes paid by current workers or by increasing government borrowing to cover the shortfall. With Medicare, lawmakers could also raise premiums paid by beneficiaries.

It’s unclear how the Medicare projections will affect the debate on Capitol Hill about authorizing the program to negotiate prescription drug prices and then using projected savings to provide new Medicare coverage for dental, vision and hearing services. Republicans have argued that any savings should go to shore up the underlying program, not expand benefits.

The Medicare report steered clear of making any projections about the new Alzheimer’s drug, Aduhelm, which has a list price of $55,000. Most of the 6 million Americans dealing with Alzheimer’s are covered by the program, though not all would be candidates for the medication.

The trustees’ reports, which have been delayed for months, represent the government’s effort to assess the impact of last year’s pandemic and recession on Social Security and Medicare.

The U.S. economy lost a staggering 22.4 million jobs in March and April 2020 as the pandemic forced businesses to close or cut their hours and the economy went into recession.

But the recession turned out to be brief and hiring has bounced back as economic growth has resumed. Employers have brought back 16.7 million jobs since April 2020 but that gain still leaves the labor force 5.7 million jobs below where it was before the pandemic hit.

The trustees of Social Security and Medicare include the secretaries of Treasury, Health and Human Services, and Labor, as well as the Social Security commissioner. They are supposed to be joined by two “public trustees,” knowledgeable private citizens who act as the eyes and ears of taxpayers and beneficiaries. But those posts have been vacant since July 2015 — before the end of the Obama administration. And this year there’s no Social Security commissioner either, since President Joe Biden fired Andrew Saul, a holdover appointee from the Trump administration.