A New Dawn For Sun Science 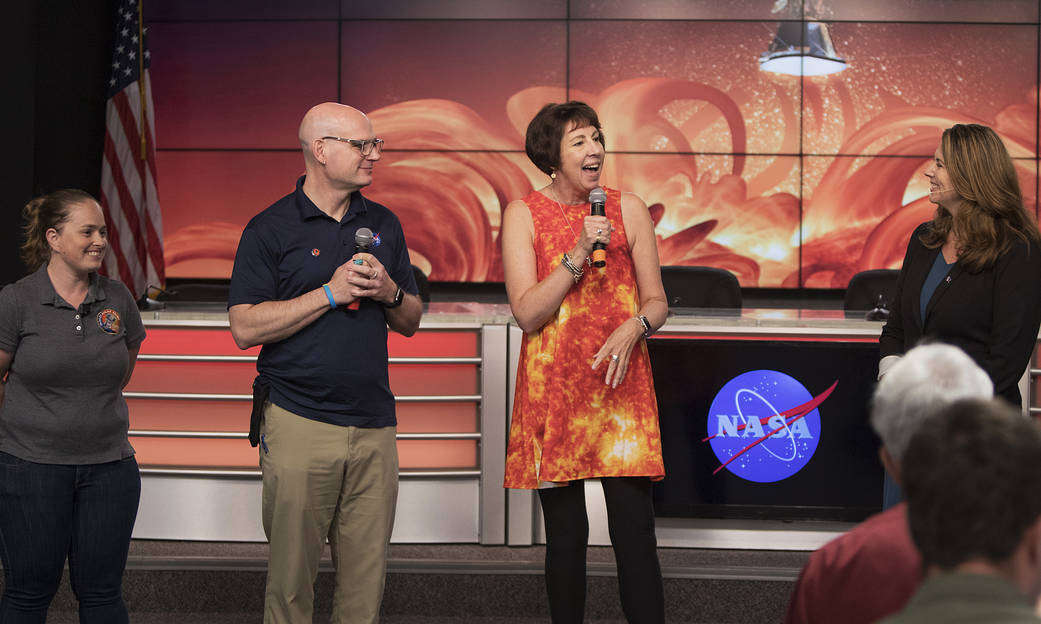 NASA's Nicky Fox in her solar-inspired dress talks about the Parker Solar Probe mission ahead of launch with other NASA sun scientists. Photo: NASA

There are now two new spacecraft zooming around the sun exploring our closest star. NASA’s Parker Solar Probe is getting an up close and personal look at the sun and its corona — the wispy bits that radiate off the surface. And the recently launched Solar Orbiter will explore the poles of the sun.

All eyes are on the sun. So is this a new chapter of sun science? Our guest this week Nicky Fox says it is. She’s Director of the NASA Heliophysics Science Division and lead scientist on the Parker Solar Probe mission. We’ll talk about the early findings of the mission and how all this sun science will help better life here on Earth.

Then, the matter of antimatter. Our panel of expert scientists breakdown this fundamental piece of physics.