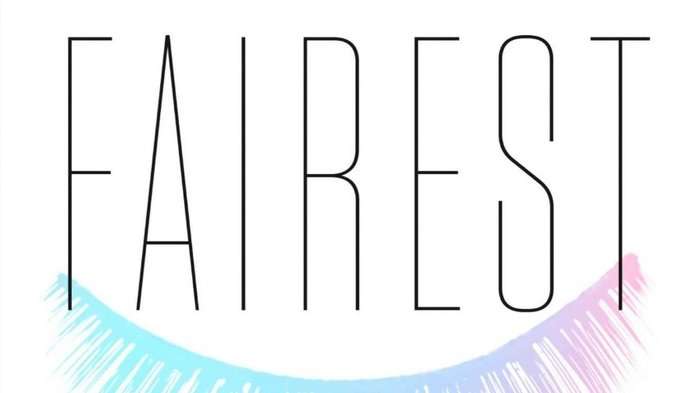 As a young child, Marc Talusan was enthralled with the music of Lea Salonga upon first listen, connecting with Salonga’s lyric “I am the girl with golden hair.”

Writes Talusan: “But by the time she sang, “What a joy! What a life! What a chance!” a few moments later, I had already returned to my own body, the body of a boy in the Philippines who just happened to have her hair. My future may hold riches, but I would not live it as a beautiful woman.”

What Talusan did receive, throughout a childhood in the Philippines, was positive affirmation based upon the white skin-tone and blonde hair that came with Talusan’s albinism. Talusan’s grandmother would always say: ‘”Those other kids aren’t white like you,”‘ writes Talusan. “And when she said white, puti, I could tell she also meant beautiful, intelligent, better, more special.”

Everywhere the young Talusan went, from grocery shopping to a bus ride to visit family, Talusan was met with positive affirmation because of this whiteness. This deification of whiteness in a culture in which whiteness is alien speaks to the immense power of the narrative of white supremacy that anchored Western colonization.

Yet, the same white body that makes Talusan so desirable at home — the same body, when migrated to the United States, the land of whiteness — is faced with the lack of desirability based on race; indeed, a meditation on this forms much of the opening section of the memoir, itself anchored in a reunion event for Harvard’s queer alumni. Here, Talusan interrogates “how our looks determined our place in the gay pecking order and how our lack of attractiveness had so much to do with our race and femininity,” before noting that Talusan and the other person of color at the reunion, Kit Clark, a queer black man, “both occupied liminal spaces in our white-dominated Harvard gay society” due to race.

In Fairest’s carefully nuanced and detailed analysis, Talusan articulates the ways in which people of color create solidarity when there are only one or two non-white individuals in these elite, predominantly white spaces of privilege. At times, this solidarity is in simply seeing each other—in un-erasing the erasure whiteness creates. Writes Talusan movingly of the importance of Kit Clark’s queer POC presence in that elite, white LGBTQ space:

“He recognized me as an albino Asian when everyone else thought I was white; he could tell my workout regimen was cover for a femininity I obscured because it was not attractive.”

And yet Talusan, despite constant positive affirmation because of “fair” skin and hair, while still known as Marc Talusan, always felt something was missing. Although Talusan had had a lifelong understanding of queerness, it would not be until years later and a chance meeting with a student’s trans friend that Talusan would realize life could be lived as Meredith Talusan instead: “Me, a child from a Philippine province, descendant of peasant farmers, son of derelict immigrants.”

But before this moment is the journey: We see Talusan’s move from childhood sanctuary with grandmother Nanay Coro in the Filipino countryside to freshman year at Harvard learning queer theory in the classroom and the easy cruelty and cool disposability of dating and sex in American culture outside of the classroom; we see Talusan study abroad in London; we see Talusan having found a fulfilling relationship with a mature and loving partner, faced with this horrific impasse: As Talusan transitions to living as a woman, Talusan’s partner “didn’t see the person he fell in love with when he looked at me.”

This nuance, this careful attention to looking and attempting to understand this journey not just from her own perspective, but also from those affected by it, gives a welcome maturity, depth and resonance to Talusan’s memoir. One of the most touching scenes in the book is in the beginning of Talusan’s transition to womanhood. Talusan’s partner, Ralph, just wants her to look “normal,” as he calls it and asks Talusan to dress like a man, without make-up, for a friend’s important event at Carnegie Hall. Talusan promises — but when she goes to the bathroom to scrub her face free of make-up, she cannot, eventually collapsing crying on the floor. To erase her make-up, to erase her femininity—to make herself look like a man when she is a woman — is destroying her in that moment. And Ralph, hearing her pain, comes into the bathroom and hugs her. He tells Talusan that he will never ask her to take off her make-up again.

The make-up, a stand-in for true selfhood and identity, functions in conversation with the usage of the mirror, a central grounding conceit for Talusan’s flights into astute analysis of race, gender and sexuality not just here, but elsewhere in the book. While an argument can be made that the vehicle of a mirror as a tool for self-reflection is a bit on-point, a bit overused, it does hold a productive presence both narratively and structurally in this gorgeous and lyrical debut.

It is worth noting how Talusan begins to unpack the uneasy conversation between herself and the figure of the white, golden-blonde female as the ideal woman still proliferated by post-colonial white supremacy. Writes Talusan toward the end of Fairest: :

“Barrett’s words kept playing in my head, ‘I don’t see you as trans,’ coupled with ‘I can’t tell you’re Asian.’ The way he looked at me was exactly what I’d honed over many years, this trick of perception, and it puzzled me that I was dissatisfied over having accomplished it, a state of being so many trans women sacrifice so much to achieve.”

Here, Talusan points to the problematic trans and racial double erasure endemic to the cis white gaze. Later, Talusan again pushes back against this erasure of her trans identity: “I couldn’t bring myself to wish I had never been a man, because my life as a man was part of the complexity of my being, this unusual person I had become, someone whose insights I cherished.”

In the time in which Talusan was coming into adulthood after immigrating to the United States, there was less space for duality and gender fluidity. Now, however, that Talusan is more centered in her own culture rather than global white supremacy, she is more aware of gender fluidity in her own cultural history: “among my own indigenous ancestors, select male-bodied people who lived their lives as women were held in high esteem and found themselves husbands, in domestic life treated identically as other women.”

Now, too, that we are living in a time with more acceptance of nonbinary gender expression, Talusan questions if she even needs the language of identifying as a “woman” anymore. Indeed, at the university reunion in 2018 that structurally grounds the narrative, Talusan wonders: “why becoming a woman had seemed so urgent then, when it felt so mundane now, as I realized that being a woman was less important to me than having experienced being a woman, that I’d grown much less precious about how people gendered me, even though I still felt alienated from the toxic parts of manhood.”

The language we have now, the spaces and community support to exist firmly within a gender fluid and/or nonbinary gender identity are developments made mostly within the last 50 years. They have been made, in large part, because of the work of inspiring trans activists like Talusan. Because of them, people are no longer faced with erasure or binary opposition as the only realities.

Just as there are multiple feminisms, there are multiple genders and multiple sexualities along a spectrum. And Talusan, like everyone else, is no longer forced into a binary at either end of this spectrum to exist in this world, but can now exist at various points on this spectrum, engaging with masculinity and femininity in a happy balance that most aligns with her authentic self.

Hope Wabuke is a poet, writer and assistant professor at the University of Nebraska Lincoln.