A Mars Helicopter Is Safely On Martian Soil, Ready For Flight Next Week 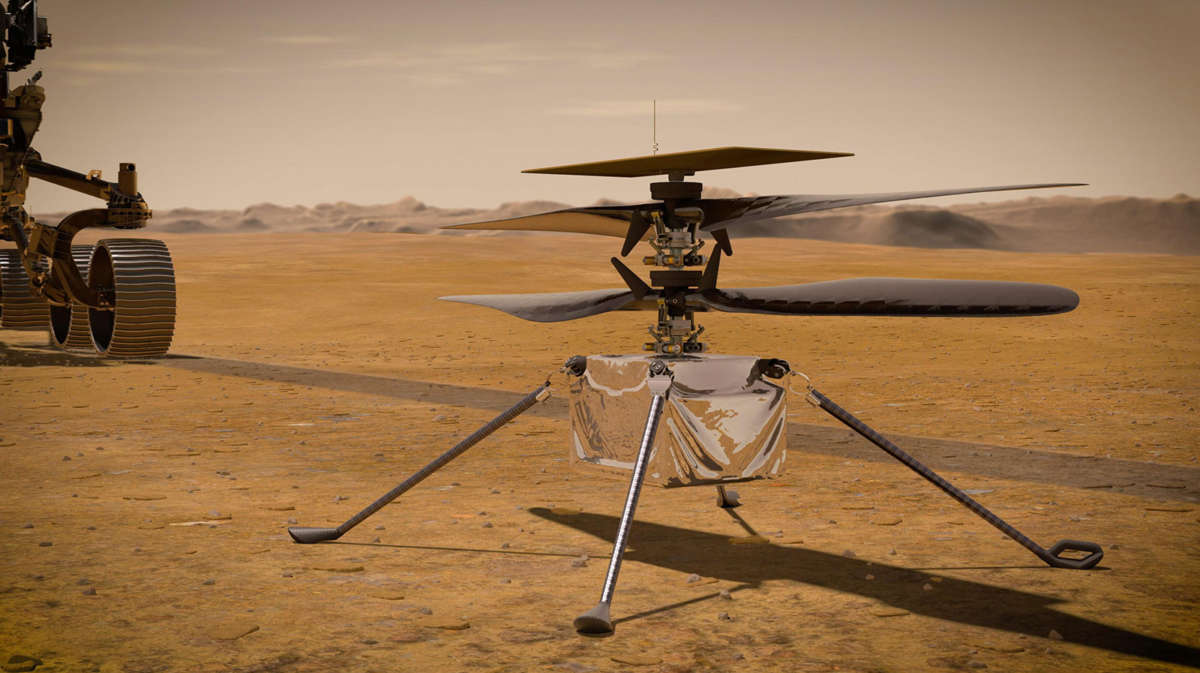 The first Mars helicopter is officially on Martian soil. NASA’s Ingenuity helicopter could fly as early as next week, marking the first powered flight by an aircraft on another planet.

It’s about the size of a tissue box and it hitched a ride to the red planet on the belly of the Perseverance rover, which landed back in February.

NASA’s Jet Propulsion Lab said the rover successfully detached the chopper and set it on the ground ahead of its first flight as early as next week. It survived its first Martian night, where temperatures can dip to 130 degrees below zero.

The mission is a tech demonstration to see how drones might fly in the thin Martian atmosphere — helping design the next aircraft that could help future robotic rovers. The team plans to fly Ingenuity multiple times, up to 16 feet into the Martian sky.

To mark the historic milestone, the team sent Ingenuity with a piece of fabric from the Wright Flyer which was the first aircraft to make a powered flight here on Earth back in 1903.