A Gateway To The Moon 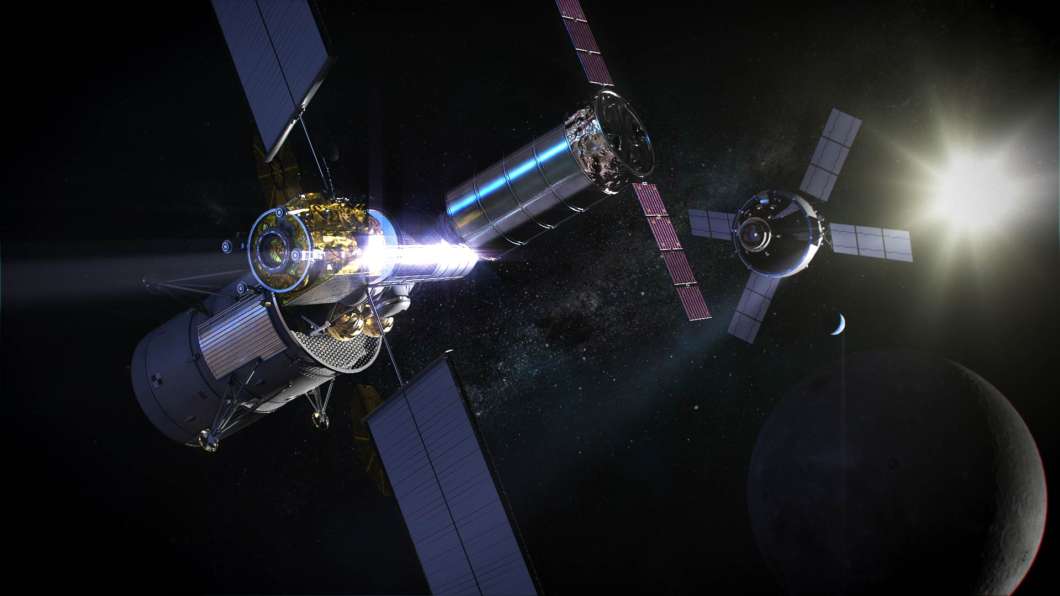 Artist concept of the logistics module docked to Gateway in lunar orbit. NASA will seek solicitations from American companies to deliver cargo and other supplies to the lunar outpost that will support human exploration of the Moon by 2024. Photo : NASA

NASA wants to put a mini space station in orbit around the moon. Gateway — as it’s called — will support missions to the lunar surface, and the space agency is inviting companies to bid for contracts to build, launch and maintain the Gateway.

Wednesday, NASA held an industry forum to discuss the orbiting lunar outpost, which is part of a plan to land astronauts back on the moon in the next five years.  90.7’s Brendan Byrne spoke to program manager Mark Weiss about Gateway.

And you can hear more about the lunar gateway and other space exploration news on Brendan’s podcast Are We There Yet?