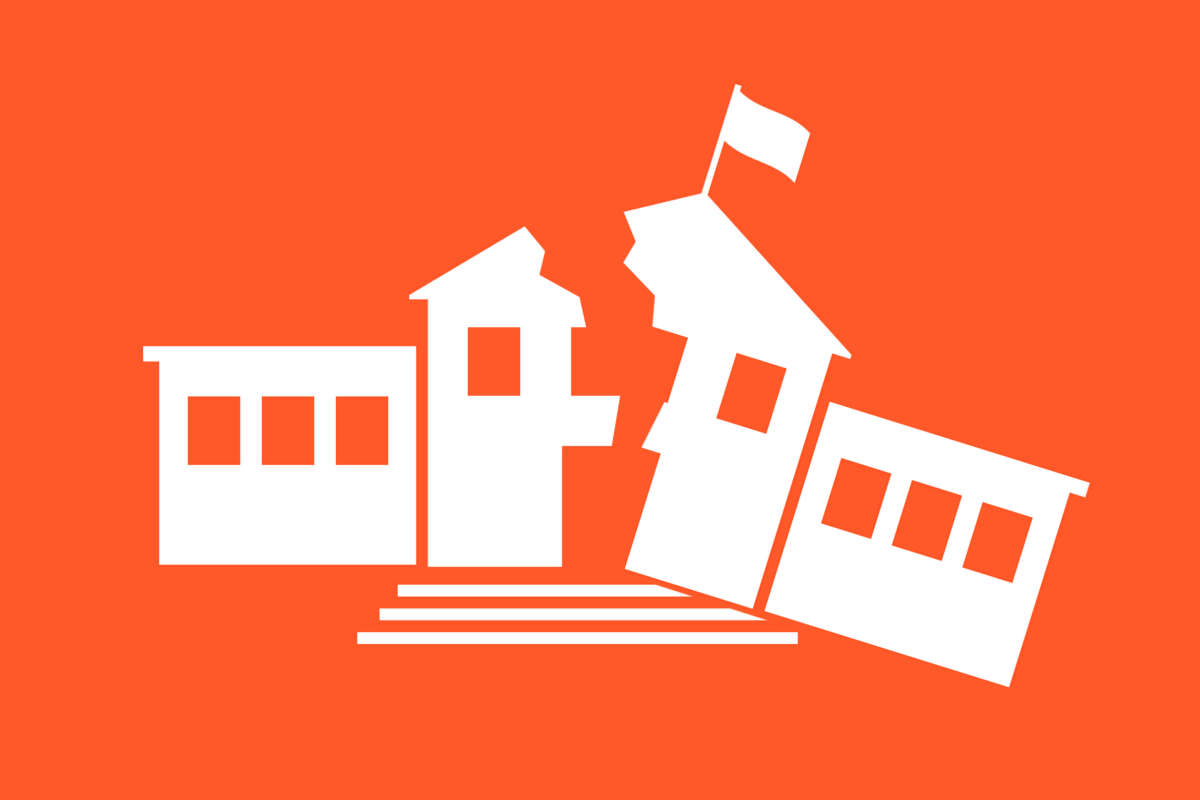 Austin Beutner looked haggard, his face a curtain of worry lines. The superintendent of the second-largest school district in the nation sat at a desk last week delivering a video address to Los Angeles families. But he began with a stark message clearly meant for another audience:

Lawmakers in Sacramento and Washington, D.C.

“Cuts to funding at schools will forever impact the lives of children,” Beutner said less than a week after California’s governor called for emergency cuts in education spending. The harm children face from these cuts, Beutner warned, “is just as real a threat to them as is the coronavirus.”

Similar alarms are sounding in districts across the country. With the nation’s attention still fixed on the COVID-19 health crisis, school leaders are warning of a financial meltdown that could devastate many districts and set back an entire generation of students.

“I think we’re about to see a school funding crisis unlike anything we have ever seen in modern history,” warns Rebecca Sibilia, the CEO of EdBuild, a school finance advocacy organization. “We are looking at devastation that we could not have imagined … a year ago.”

Schools receive nearly half of their funding from state coffers. But with businesses shuttered in response to the pandemic and the unemployment rate already nearing 15% — well above its 10% peak during the Great Recession — state income and sales tax revenues are crashing.

For April, the first full month of the coronavirus lockdowns, states are now reporting “really shocking declines” in tax revenues, says Michael Leachman at the Center on Budget and Policy Priorities. Some states have lost “as much as 25% or a third of their revenues compared to the previous year in the same month,” Leachman says.

And unlike the federal government, most state governments are required to balance their budgets. The result: Many governors and state lawmakers are now racing to implement deep cuts, including to school funding.

In early May, for example, Ohio Gov. Mike DeWine unveiled $300 million in K-12 budget cuts — and that’s just through June 30, when the current fiscal year ends. In Cleveland schools, according to Cleveland.com, that amounts to about $100 less per student with the possibility of more cuts in the new fiscal year.

A few days earlier, Georgia’s governor asked state education leaders to prepare for a 14% cut in funding starting in July. And in Michigan, a top Republican in the state Senate warned superintendents they could see their school funding slashed by as much as 25%.

In many states, these cuts will hit vulnerable, low-income communities the hardest. That’s because of how America funds education. On average, the bulk of a school’s resources comes from a roughly even split between state and local funding, the latter largely from local property taxes.

But differences in property wealth between districts have created decades-old disparities that many states have tried to alleviate with additional state money. As a result, “when state funding starts to drop,” says Michael Griffith at the Learning Policy Institute, “what we see is a separation between the haves and have-nots.”

Worse than the Great Recession

At first, experts say, school cuts will mirror the losses of the Great Recession. Districts will trim spending on buildings and transportation, supplies and equipment. Then will come staff cuts, beginning with librarians, nurses and counselors. The U.S. lost roughly 120,000 teachers between 2008 and 2010, Griffith says. More than a decade later, “we still don’t have the number of public school teachers today that we had in 2008.”

The current pandemic-driven downturn promises to be even harder on schools. “From the numbers we’re looking at right now, this coming year could be maybe twice as bad, or more, than the worst year we had during the Great Recession,” Griffith says.

“We know that in April, school districts nationally furloughed or laid off nearly half a million workers,” says Leachman at the Center on Budget and Policy Priorities. “That is an astonishing number. It’s many more than lost their jobs through the entirety of the Great Recession. It’s all happened in one month.”

Leachman says many of those affected have been bus drivers and school staff who were laid off as schools closed their doors for the remainder of the academic year. A lot of them obviously hope to return. “But, given the collapse in state revenues, it’s likely that unless the federal government steps in … many of these workers will never get their jobs back.”

Griffith estimates that if states slash education spending by 15%, schools could be forced to shed more than 300,000 teaching positions — almost 10% of the national K-12 teacher force.

Other school budget experts are singing a similar refrain, as are district leaders such as Austin Beutner, who warned in his video address that schools would need the same emergency infusion of resources that hospitals and many businesses have already gotten.

“We’re looking at the same challenge in public education, and we need the same full-throated response,” Beutner said.

The $2 trillion coronavirus relief bill, known as the CARES Act, provided K-12 schools with more than $13 billion in emergency funding, an average boost of about $270 per student. But spending the money has been complicated by controversial guidance from the U.S. Department of Education.

Education Secretary Betsy DeVos is advising public schools to spend far more relief money than they’d planned to on services for students at private schools. Louisiana, for example, reports that under a traditional reading of the CARES Act, its private school students would receive services worth $8.6 million. Under the department’s broader interpretation, though, that share would jump to $31.5 million — a 267% increase.

The department’s guidance, issued on April 30, confused many school leaders, prompting a letter from the Council of Chief State School Officers telling DeVos that if the guidance is not revised it “could significantly harm the vulnerable students who were intended to benefit the most” from the CARES Act.

In a response signed by DeVos herself, the education secretary writes, “the Department disagrees with your interpretation of the law.”

DeVos goes on to say: “All students and teachers have had their learning disrupted. A growing list of non-public schools have announced they will not be able to re-open, and these school closures are concentrated in low-income and middle-class communities. I would encourage educators everywhere to be as concerned about those students and teachers as they are with those in public schools.”

Even without that guidance and the confusion it has caused, advocates say, the relief funds in the CARES Act won’t be nearly enough. In a letter to congressional leaders earlier this month, dozens of organizations representing teachers, principals and parents requested at least $175 billion more for K-12 schools.

“While we don’t yet know what the full impact of the novel coronavirus that has spread across the nation will be,” the letter says, “we do know that both the economic hardship and the grief and trauma that ensue from COVID-19 will be unprecedented for today’s school-age children.”

In other words, schools won’t just need help making up for dramatic gaps in state spending. They’ll need extra money to pay for the extra things they’re being asked to do: feed children and families in hard-hit communities, help millions of students make up for learning time they’ve lost while home, and make sure schools are safe when children do finally return to class.

So far, though, Congress has shown little bipartisan appetite for more school spending. In mid-May, House Democrats passed the HEROES Act, which would provide K-12 schools with an additional $60 billion, but House Minority Leader Kevin McCarthy, R-Calif., dismissed the move, saying, “this is a political messaging bill that has no chance of becoming law.”