A look back at MLK’s visit to Tinkerfield 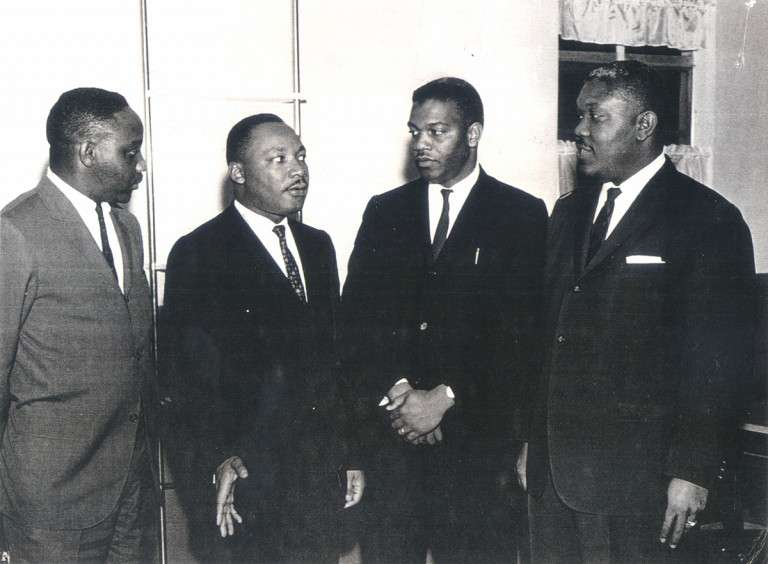 Martin Luther King Jr’s visit to Tinkerfield in 1964 didn’t get a lot of attention. Whitney Broadway is the Collections Manager at the Orange County Regional History Center. Through her findings, she put together the collection “Searching For Dr. King” in 2015. WMFE’s Talia Blake caught up with her recently to talk about MLK’s visit and the state of the Civil Rights Movement in Orlando around the time.

One of the best resources in the Searching For Dr. King collection that gives insights to the state of the Civil Rights movement in Orlando is the Jim Perry papers, according to Broadway. “Jim Perry was heavily involved in the NAACP Youth Council and civil rights movement. So in the 90s, he wrote down his thoughts and recollections about everything that happened during that time.” Broadway said. “So according to his papers, Orlando had kind of hit a standstill in the civil rights movements, leaders weren’t making a lot of progress, or at least not a lot of the progress that they wanted with, you know, Orlando mayor and other officials. So, Reverend Jackson reached out to Martin Luther King to ask him to come down and visit”

When MLK came to visit Orlando, he did more than speak at Tinkerfield. “He did two workshops at the Shiloh Baptist Church in between which he met with Mayor Bob Carr. And then later that night, he gave his speech at Tinker field,” said Broadway.

During his speech that night, Broadway said King urged the passage of a strong civil rights bill with both the public accommodation section and a fair employment section. “And we do have a quote from that speech of him saying, I would prefer no bill at all to the elimination of either section, Dr. Kane also spoke about the demonstrations that were happening, and urged the black community to continue pouring themselves into their own education. And he urged voter registration to strengthen influence on public officials.”

Black and white residents in Orlando reacted in very different ways to MLK’s visit. Broadway said the history center has many interviews with black residents who were there at the speech. “And so we know from some firsthand accounts, how exciting it was to be there. Some people have talked about the fact that that was the first time they were able to sit in the whites only section at Tinker field,” she said.  “And then we can use maybe the media attention he gained coming to Orlando as a clue to the white response, which was just very quiet. He didn’t make front page news in any of the local newspapers.”

King’s visit wasn’t widely covered in the media, so where does his visit here fit in terms of the larger civil rights movement? “Well, Jim Perry describes it as a turning point, I believe, it sounds like things did get better that Mayor car got more involved and that you know, where they had kind of hit a standstill on certain issues. Things started moving forward again,” Broadway said.

So, what was left behind from MLK’s visit? “We have two photographs from his time at the Shiloh Baptist Church. One photograph where Dr. Keen is speaking to a group of youth leaders. And my favorite photograph is where Dr. Keane is actually with a lot of the NAACP Youth Council, including Jim Perry. And then we have Jim Perry’s notebook,” said Broadway.

She said they also have several million linear feet of news footage from local news stations. “And for Channel 9, we have the corresponding news scripts for those reels. Unfortunately, these large collections of reels of film were donated in the 80s. And they’ve they didn’t come with any kind of cataloguing, they weren’t organized, some of them aren’t labeled. And so we can’t match up which films go with which new scripts,” Broadwar said. “So we’ve got a bit of a mystery where we feel like if we could get this collection fully digitized, and fully catalogued, we in theory should be able to find the actual film footage of that news coverage of Martin Luther King’s speech”

Broadway said they’re working to buy equipment to digitize film in-house.  However, she said even when that happens it will take a long time before we’ll be able to watch Dr. King’s speech at Tinker Field.