A Look At The Impact Of Active Shooter Drills 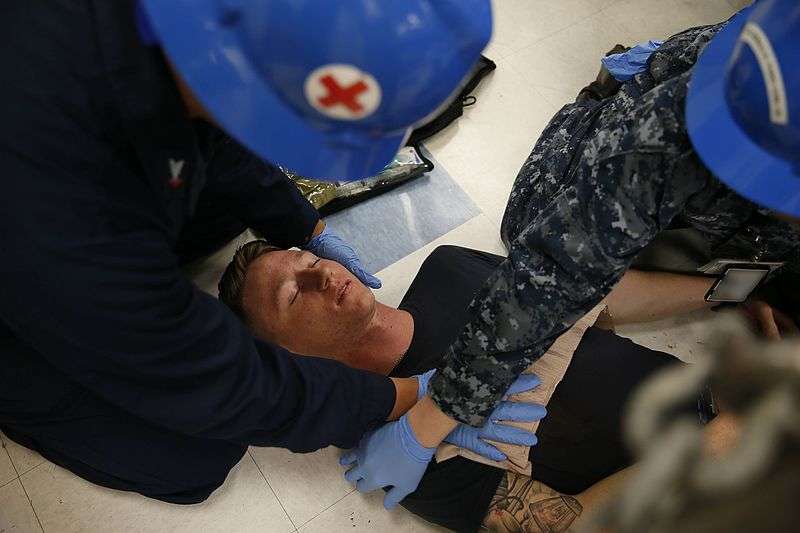 Psychologists and behavioral analysts say that active shooter drills can help prepare people for an emergency, but more elaborate ones can be harmful, especially when they are surprise drills.

Listen to the story by clicking on the audio player above, or read the transcript of the conversation below.

ARI SHAPIRO, HOST:
A survivor of the Virginia Beach shooting told NPR that when she first heard a woman screaming active shooter, she thought it was a drill. Active shooter drills are now common in workplaces, and they can help protect people when mass shootings happen. But as NPR’s Rhitu Chatterjee reports, they can also do some damage.
RHITU CHATTERJEE, BYLINE: Over his decades of working for the city of Virginia Beach, Joseph Scott says he’s attended a least four active shooter drills.

JOSEPH SCOTT: They take you through what’s called the run, hide, fight scenario, which has recently been changed to more of a run, run, fight, fight.

CHATTERJEE: He says the drills usually happened at a training facility and sometimes involved a man with a gun loaded with blanks.

SCOTT: They will actually have an active shooter come into the room and start firing and see the reactions of the people.

CHATTERJEE: Scott wasn’t in the building on Friday when the shooting in Virginia Beach took place, but he says many of his colleagues who were there say they used lessons from those drills.

SCOTT: From what I understand, everybody in the office did exactly what they had been trained to do.

CHATTERJEE: So did the drills save lives? It’s too early to know, says Lawrence Barton, a workplace threat consultant and a professor of public safety at the University of Central Florida. But Barton has tried to answer that question for previous mass shootings.

LARRY BARTON: We’ve asked survivors first, you know, how did you survive? And secondly, what do you recall about any prior training?

BARTON: Because they did it as a kid in school.

CHATTERJEE: And probably again as an adult. Barton says when people did remember active shooter drills, it was mostly the advice to run and not be a sitting duck. He says drills can be effective, but he worries about the surge in drills with elaborate enactments.

BARTON: People are told that there has been an active shooter in the building, and they should be going to certain doors. Then they face a gunman. Then they have to decide if they will run or hide or fight.

JAMES ALAN FOX: And there is no evidence that that prepares people any better than in just instructing them verbally or in writing.

CHATTERJEE: That’s James Alan Fox, a criminologist at Northeastern University who studies mass shootings. He says these elaborate drills can be a bad idea especially if they’re a surprise because if a real incident happens, people can mistake it for a drill.

FOX: When the Parkland shooting happened, a lot of the teachers weren’t sure whether this was a drill, which they’d been having unannounced, or a real event.

CHATTERJEE: These drills can also traumatize people, especially those who’ve experienced trauma before. Deborah Beidel is a psychologist at the University of Central Florida.

DEBORAH BEIDEL: They’re at a heightened risk to then develop more anxiety, more fear as a result of being in what is in some cases a rather frightening simulation.

CHATTERJEE: And when these drills happen at schools, she says it can traumatize children.

BEIDEL: Because it’s very hard for children to understand exactly what is happening and to separate reality from these practice drills.

CHATTERJEE: Beidel says schools should always inform parents ahead of time whereas Fox thinks drills should not involve students. And Barton, the workplace threat consultant, says drills don’t need to be elaborate to be effective.

BARTON: Just like when you are on an airplane or in other safety situations, if you’ve been on a cruise ship, why do you go through a drill? It’s basically to sensitize your brain – that if there’s an emergency, here’s where you go. That’s a good thing.

Copyright © 2019 NPR. All rights reserved. Visit our website terms of use and permissions pages at www.npr.org for further information.