A Look At Naftali Bennett, The Man Who Could End Netanyahu’s Rule 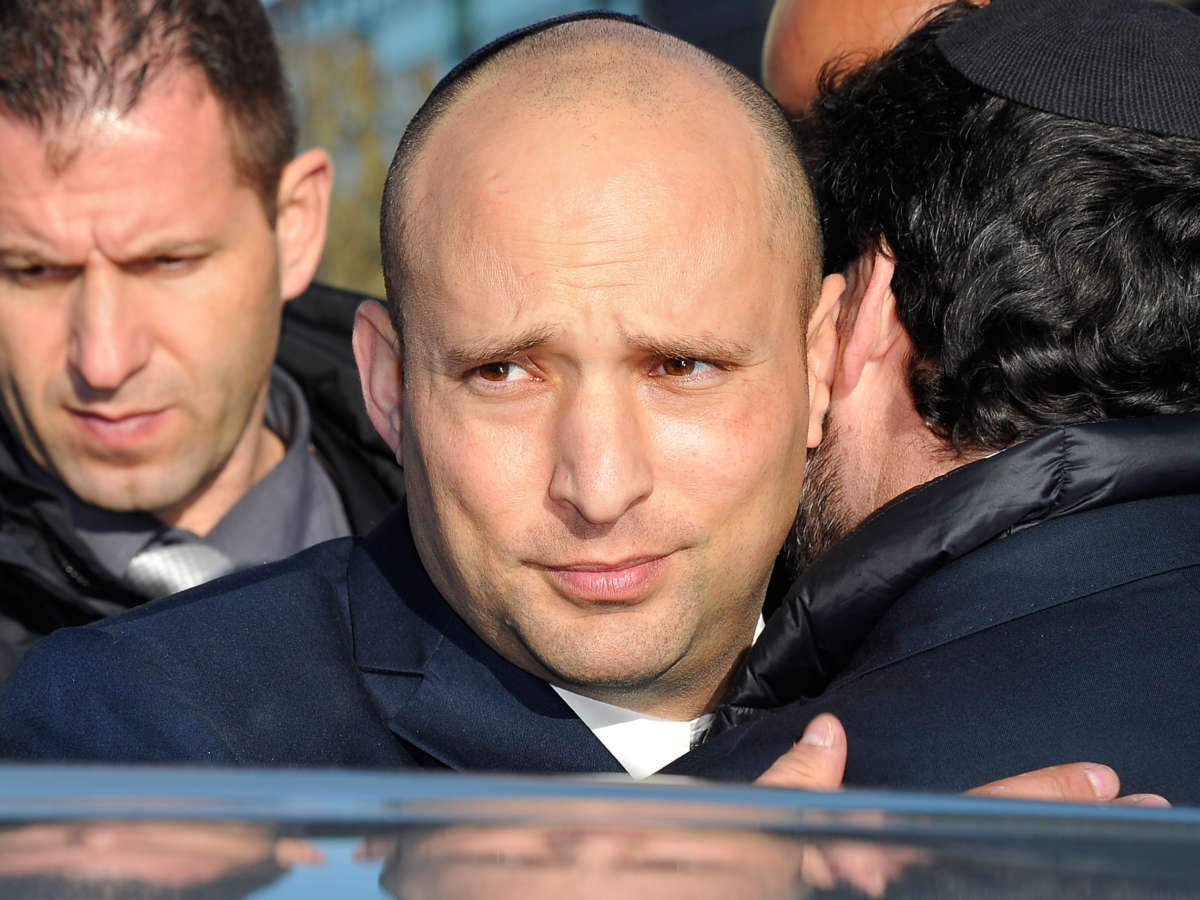 He’s the son of American immigrants who became a self-made tech millionaire before entering the rough-and-tumble world of Israeli politics.

Now, Naftali Bennett could soon lead Israel after his right-wing Yamina party reached an agreement with several other opposition parties to form a new government — and end Benjamin Netanyahu’s 12 uninterrupted years in office.

There are still several steps left before a new government can be sworn in, and more opportunities ahead for the effort to fail. But if all goes according to his plan, Israel’s new prime minister will be 49-year-old Bennett, a religious Jewish nationalist who opposes the creation of a Palestinian state yet has agreed to partner with a religious Muslim party to topple Netanyahu.

Below are excerpts from a conversation between All Things Considered host Mary Louise Kelly with NPR International Correspondent Daniel Estrin, conducted Monday.

Bennett is a hardline conservative

KELLY: OK. So tell us more about this guy. Who is Naftali Bennett?

ESTRIN: He is a hardline conservative. He has a religious Jewish nationalist base, and he has long had ambitions to be prime minister. He’s also a long-time Netanyahu ally. But yesterday [May 30], for the very first time, he publicly broke with Netanyahu in an effort to try to unseat him.

And to do that, he will need to partner with a very diverse group of parties from the left, the right, the center, even an Arab Islamist party, potentially. And the proposal is that he would serve for about two years as prime minister and then let a centrist politician, Yair Lapid, take over.

KELLY: And this is so fascinating that it potentially could be a long-time Netanyahu ally who finally takes the reins from Netanyahu. How did he get here?

ESTRIN: Right. Well, he was born to immigrants from San Francisco. He’s a religious Jew. He wears a yarmulke. He then made millions as a tech entrepreneur in the U.S. He moved back to Israel to get into politics. He was the former chief of staff to Netanyahu about 15 years ago. He then led a West Bank settler organization, served as education minister, after that, defense minister.

And he has this kind of bro persona. He’s about 49 years old and younger than many other politicians in this country and served in an elite commando unit of the Israeli military, so he appeals to younger Israelis who have served in the army. He rose to prominence with this message.

“We believe in strengthening the Jewish identity of Israel. I’m Jewish. I believe that we have to embrace our heritage, our history, our – you know, our roots. I’m not ashamed of that. I’m right-wing, and I’m proud of that.”

KELLY: Daniel, I want to stay there – him calling himself right-wing. I think you called him a hardline conservative. What does that actually mean in terms of what his policies would look like as prime minister?

ESTRIN: Well, for instance, on the question of a Palestinian state, he is firmly opposed to the Palestinian demand for an independent state in the West Bank and Gaza Strip. He says Israel has already given Gaza to the Palestinians. Hamas took it over. Israel and the U.S. consider them a terror group. He says Israel shouldn’t do that again and let Palestinians have a state with the West Bank. He refers to that land by its biblical name, Judea and Samaria. Let’s listen to him on CNN in 2016.

“I oppose forming a second Palestinian state in what you call the West Bank. Judea and Samaria has been a Jewish state for roughly 3,300 years, well before, you know, the first Americans reached the new continent of America. And we’re going to stay here forever.”

He may still have to contend with Netanyahu

ESTRIN: Now, despite this stance, this government that he’s aiming to form will not be able to push any kinds of controversial issues, like the question of a Palestinian state. He’s partnering with leftist, centrists, et cetera. And so the idea is they’re just going to focus on mostly getting rid of Netanyahu and not much else.

KELLY: And how likely is that actually to happen, Daniel? Netanyahu, as we noted, has a talent for holding on to power.

ESTRIN: There are many reasons that this could fail because Bennett is facing a lot of pushback from right-wing politicians, even from Netanyahu himself, who’s framing this as dangerous to the security of Israel – for him to partner with leftists, centrists, even Arab politicians. The coalition – this diverse coalition – does have an interest to be in power. They want to unseat Netanyahu. That could keep them together despite their ideological differences. But still, lots of opportunities for Netanyahu to drive a wedge and make them collapse, and then Netanyahu could run again.