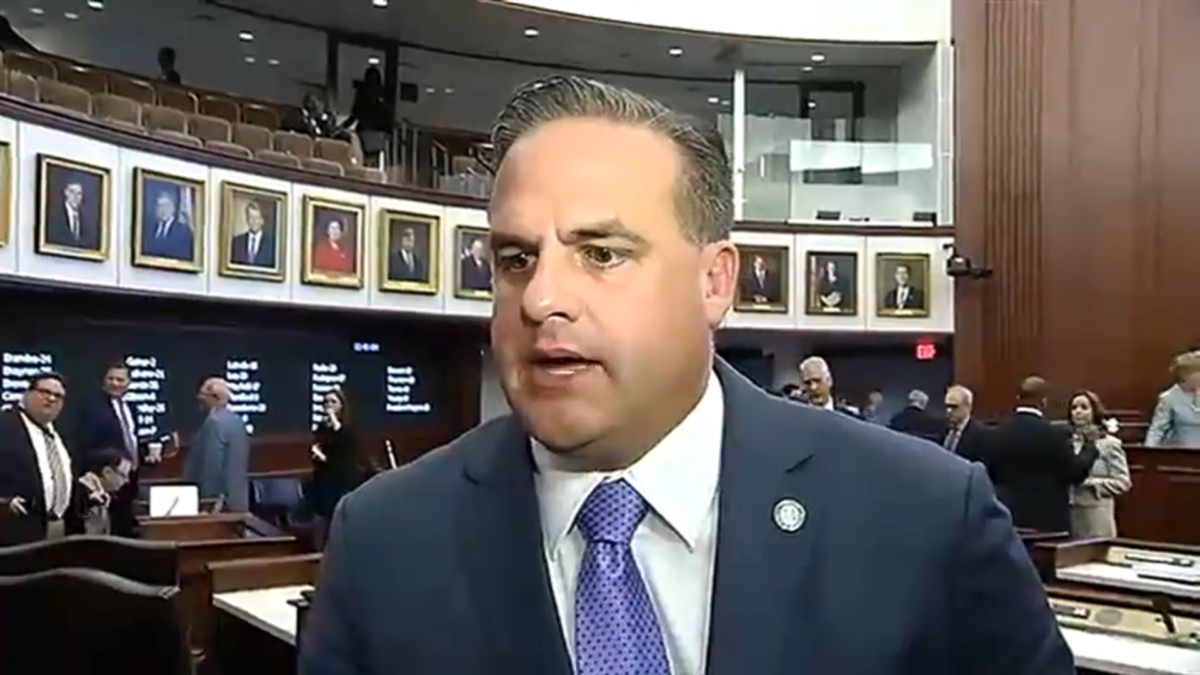 That was the case in Miami, where former State Senator Frank Artiles faces criminal charges after prosecutors say he paid a friend to run.

Orlando Sentinel reporter Annie Martin is part of a team digging into those races, especially Senate District 9 in Seminole and Volusia counties.

She spoke with WMFE’s Joe Byrnes.

WMFE: Hi, Annie, you and Jason Garcia at the Orlando Sentinel have written a series of compelling investigative pieces looking into the so-called ghost candidates in Florida. How do these ghost candidates work politically?

MARTIN: Well, in this case, a woman filed to run as an independent candidate for a state Senate seat that includes all of Seminole County and part of Volusia County. And this woman, Jestine Iannotti, did no campaigning on her own. She didn’t make any public campaign appearances. She declined requests for interviews from us and other media outlets, which is highly unusual for somebody who’s running for office, you know, especially somebody who’s a political newcomer like she was who’s trying to make a name for themselves.

So she filed to run in June, and then spent several weeks over the summer in Sweden, which is also highly unusual because usually that’s the time when people want to get out in front of voters, they want to talk to the media, they want to be out there campaigning, knocking on doors and getting the word out about their campaign. So she filed to run, spent several weeks over the summer in Sweden. And then last fall, voters in Seminole and Volusia counties started receiving mailers, promoting her candidacy. And these mailers had pretty progressive-sounding promises that seemed designed to appeal to folks who might otherwise vote for the Democrat in the race. They talked about topics like climate change, and things like fair wages and other types of promises that might appeal to left-leaning voters.

And these mailers were sent out by a political committee that was funded by a dark money nonprofit. You know, there was a deliberate effort to conceal the source of of where the money was coming from that paid for these mailers.

And then in the election, the woman who ran as an independent, Jestine Iannotti, ended up receiving almost 5,800 votes. So clearly these measures had an impact on some voters. And I think it’s worth noting that a similar strategy was deployed in two South Florida Senate races, including one where the candidate and a former state lawmaker who paid him to run, or is accused of paying him to run, were arrested and charged with breaking campaign finance laws.

WMFE: Now you guys have uncovered some connections, how these particular sham candidates are connected, and how they’re connected to the Republican Party in Florida. What can you tell me about that?

MARTIN: In a story we published this week, we reported that Ben Paris — who is the chairman of the Republican Party in Seminole County and also an employee of Republican Jason Broder, who is the senator who won the election that the independent candidate filed to run in — was related to somebody who donated to the independent candidate’s campaign and he said that he knew her through a mutual friend. And what’s striking about that is, during the campaign and, you know, immediately after, we really struggled to find people who said that they knew Jestine Iannotti and, you know, had any sort of connection to her.

So we thought it was interesting that Ben Paris acknowledged knowing her and also, you know, said that his cousin had contributed to this campaign. Now we don’t know why his cousin contributed to the campaign. And then Paris says that he didn’t encourage Iannotti to run, but it did seem noteworthy that the chairman of the local GOP at least said that he knew the candidate.

WMFE: Have you guys discovered a connection between the Seminole-Volusia County candidate and the candidates in South Florida?

MARTIN: Well, yes, in the sense that the same dark money group paid for mailers that went out promoting all three of these candidates, and the language used on these mailers was very similar in all three cases. What’s different is that in one of the South Florida races prosecutors are alleging that one of the candidates was paid to run, and in Central Florida nobody’s been charged in connection with this race and there’s been no evidence that anybody was paid to run or did anything illegal in connection with the scheme.

WMFE: When does it go beyond being sneaky political maneuvers of underhanded politics and become a criminal matter that prosecutors might look into?

MARTIN: Well, in the case of the South Florida race the alleged crime is that the candidate was paid to run and also that, you know, that payment was not reported anywhere on the election finance reports that candidates are required by law to file. You know, obviously, there’s no requirement legally to actively campaign or fundraise if you’re a candidate and simply filing to run in an election. And, you know, refusing interview requests or not doing any campaigning is certainly not a crime

WMFE: In the district nine race in Seminole and Volusia County. Is there any investigation? Are authorities looking into that race for possible legal problems as well?

MARTIN: The Florida Department of Law Enforcement has said that they are. They have launched a preliminary investigation into the race. They have not disclosed to us exactly what they are looking into, and it’s not clear to us, you know, who if anyone might face criminal charges. But the agency has said that they have started a preliminary investigation.

WMFE: Thank you so much for talking with me, and thank you for continuing this kind of important journalism.

MARTIN: Well, thank you. I appreciate it.