A Lifeline For The Unemployed Is About To End In Half Of U.S. Here’s What’s At Stake 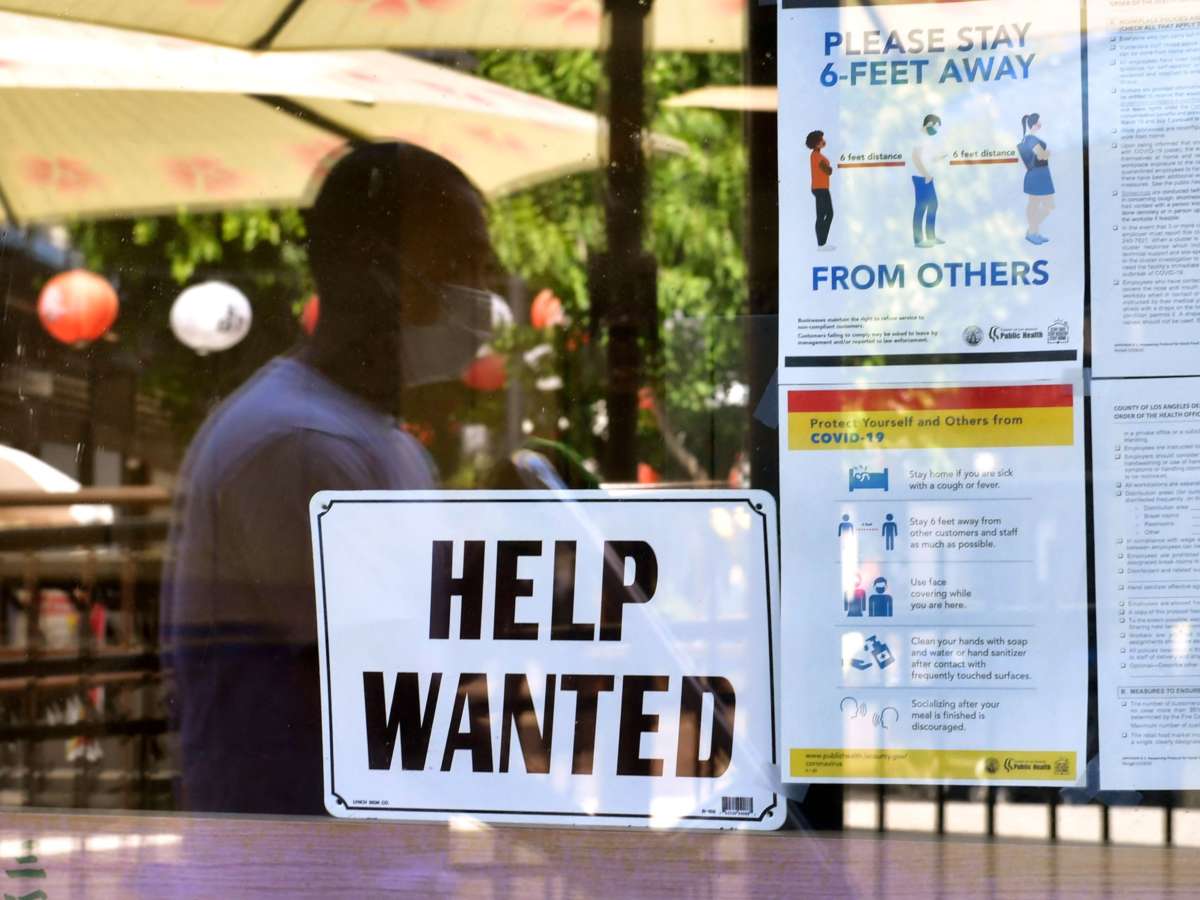 A 'Help Wanted' sign is posted beside Coronavirus health safety guidelines at a restaurant in Los Angeles on May 28. Businesses are desperate for workers even as millions remain unemployed. Republican governors blame a major unemployment benefit passed during the pandemic, saying it's dissuading people from rejoining the workforce.
Image credit: Frederic J. Brown

The United States is about to embark on a big, national experiment, with four million unemployed workers serving as guinea pigs. And it all centers on $300 a week.

The payment was intended as a lifeline for millions of Americans who lost their jobs in the pandemic: an extra $300 a week on top of the regular unemployment benefits that are normally paid out.

But now 25 Republican governors say the payments must end, with four states acting as early as this week. With vaccines rolling out and the economy reopening fast, they believe the payments are discouraging people from looking for work, leaving businesses begging and job openings unfilled.

Half the states – all led by Republicans – are cutting off enhanced unemployment benefits in the coming weeks, in hopes of pushing people back to work. The other 25 states will keep paying out the enhanced benefits through early September, as Congress intended.

The actions are raising the ire of many Democratic lawmakers. They believe there’s no concrete evidence to suggest the enhanced benefits are actually preventing people from returning to work.

Unemployed workers in Mississippi will be among the first to lose benefits — later this week. That’s bad news for people like Nicole Jones.

The Jackson, Miss., resident lost her job at a Head Start center when the pandemic struck last year. Since then, the extra $300 payments have helped keep her family afloat.

“I have a mortgage. I have a car note. I have light bill, gas bill, water bill, Internet bill,” Jones says. “I think it’s really unfair that they are taking that away from households that are not able to get back to work right now.”

Jones is wary of going back to Head Start, and possibly catching the coronavirus and passing it on to her children. Mississippi has the nation’s lowest COVID vaccination rate.

“They’re not looking at the fact that a lot of people are not able to go back to work because of health issues,” Jones says.

She has so far declined to be vaccinated herself, but said she might get the shot by the end of this year.

At 6.2% in April, Mississippi’s unemployment rate is higher than the national average. But as far as Republican Gov. Tate Reeves is concerned, the pandemic is over, and it’s time to put people back to work.

Alaska, Iowa and Missouri will also end the benefits this week, with other states to follow through mid-July.

Many employers – from restaurants to factories – complain that enhanced unemployment benefits have made it harder for them to find workers, although restaurants added another 186,000 workers in May and factories added 23,000.

Aleetha Dixon, who lost her job working at trade shows last year and is caring for a disabled son, said the problem is not that the benefits are too high, but that competing wages are too low.

“I’ve never been one that’s run away from work,” said Dixon, who lives in Dallas. “They need to start discussing raising the minimum wage.”

Unemployment benefits have offered a lifeline, Dixon said, only to have Texas officials snatch it away.

Economists are divided over how the premature end to benefits might affect hiring in the months to come. The job-search website Indeed did see an increase in traffic from states that announced an early cut to benefits, but it was modest — about 5% — and faded quickly.

It’s also unclear what kind of impact on consumer spending the end of the $300 a week payment will have. Those who lose the enhanced benefit will have less to spend in their communities, though that could be made up if they rejoin the workforce.

In Arizona, the state government is preserving some enhanced benefits for unemployed residents through early September, but plans to stop offering the extra $300 a week. That will leave Amy Cabrera, with just $214 a week to live on.

“I couldn’t even tell you what else I could possibly cut out,” said Cabrera, who lives outside of Phoenix. “I mean, I don’t go anywhere. I don’t do anything. I actually took on a roommate, and I’m 46 years old. That’s not an easy task to bring on some stranger into your house when you’re used to living the way you live.”

Cabrera, who used to work as an auditor for a meeting and travel company, says while fast food and convenience store jobs are abundant, she’s hoping to find something in an office.

So far, she’s only had one interview. At 6.7% in April, Arizona’s unemployment rate is well above the national average.

“I think the only thing that really aggravates me is people who think we’re living high on the hog collecting government funding and I’m out getting my nails done and traveling the world or something,” Cabrera said. “Trust me, I would rather have my job back and living back the way I was supposed to be or the way I was.”

Cabrera will now be among the more than 4 million workers expected to have their benefits cut prematurely this summer. And like them, she will soon face a decision on what to do.