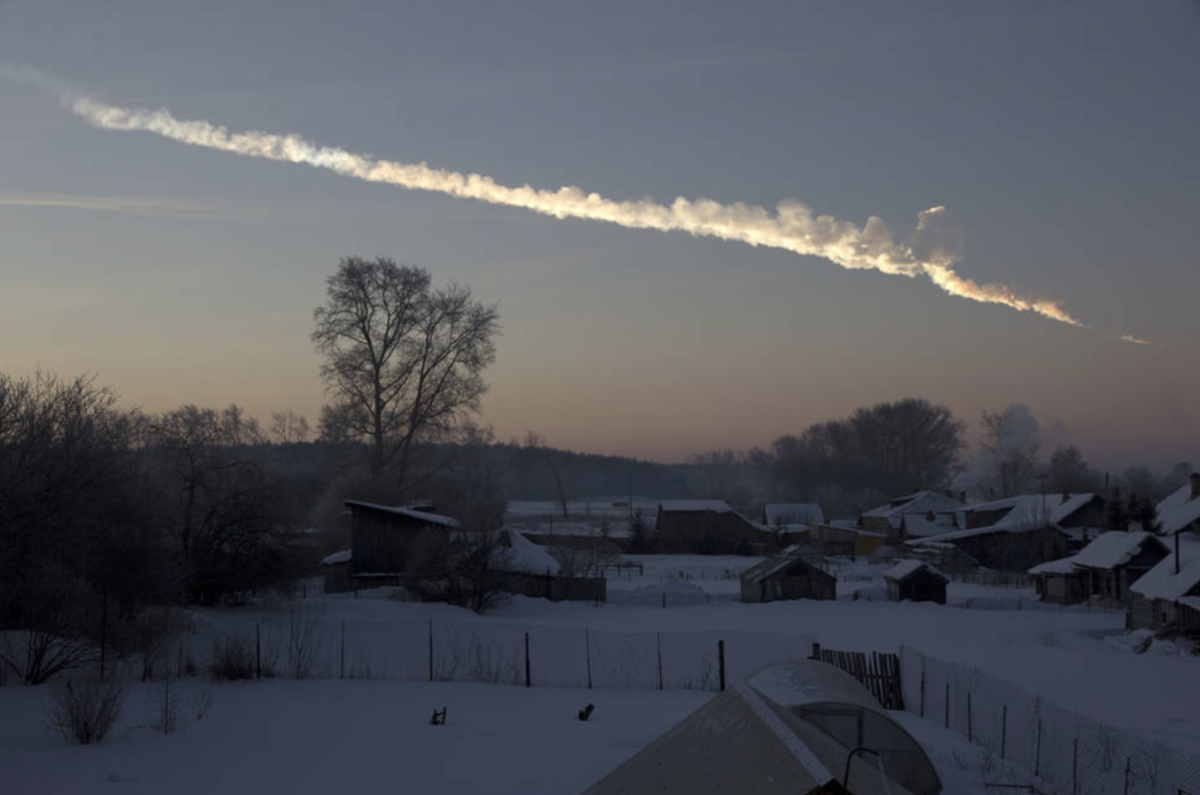 An asteroid left a trail in the sky after it flew over Chelyabinsk, Russia in 2013. Credits: NASA / Alex Alishevskikh

As the presidential election approaches, so does an asteroid. But don’t worry, you will still be able to go out and vote.

Sensational headlines and images depicting a moon-size asteroid impacting the Earth surfaced earlier this year as the public found out an asteroid was coming our way.

But 2018VP1, the small asteroid that caught the attention of the internet, does not pose a threat to earth or humanity.

“It is not going to hit the earth, but even if it did, it would be an airburst event that would be unlikely to have any direct impacts on the ground,” said physicist Josh Colwell.

Airburst events occur when an asteroid enters the earth atmosphere and it starts to disintegrate “It creates a lot of pressure that can go outward, but it’s not going to create any big damaging, giant impact on the surface,” said UCF planetary scientist Addie Dove.

NASA says at least once a year, a car-sized asteroid hits the Earth. But the rocky body coming to our planet is much smaller than that.

“It’s adorably small. It’s only about two or three meters across,” Colwell said.

LISTEN: Hear from UCF scientists about near-Earth asteroids on our podcast “Are We There Yet?”

Small asteroids like 2018VP1 enter the Earth’s atmosphere all the time. NASA Near-Earth Object (NEO) Observations Program has identified more than 20,000 objects since 2019. The program detects and monitors asteroids orbiting in our solar system and it also supports planetary observations at the Arecibo Observatory in Puerto Rico.

“One thing that I think scientists don’t generally do well is communicate with the public about what’s cool and what’s not, what’s real and what’s not,” UCF’s Jim Cooney said.

Headlines and articles about space can be easily misunderstood if the frequency of these events, the size of near-earth objects, and the relevance of astronomical phenomena is not talked about.

“This is a big societal problem that is partly on the shoulders of scientists,” Cooney added. “We love to write about all these great academic papers and publish them in these peer reviewed journals but sending it out to the public is something that we don’t do a great job of sometimes.”

If this asteroid ends up visiting close to our planet, it will most likely provide us with a sky spectacle to enjoy — and nothing to worry about.