A granddaughter passes on the legacy of ‘Granny Hayden,’ a midwife born into slavery 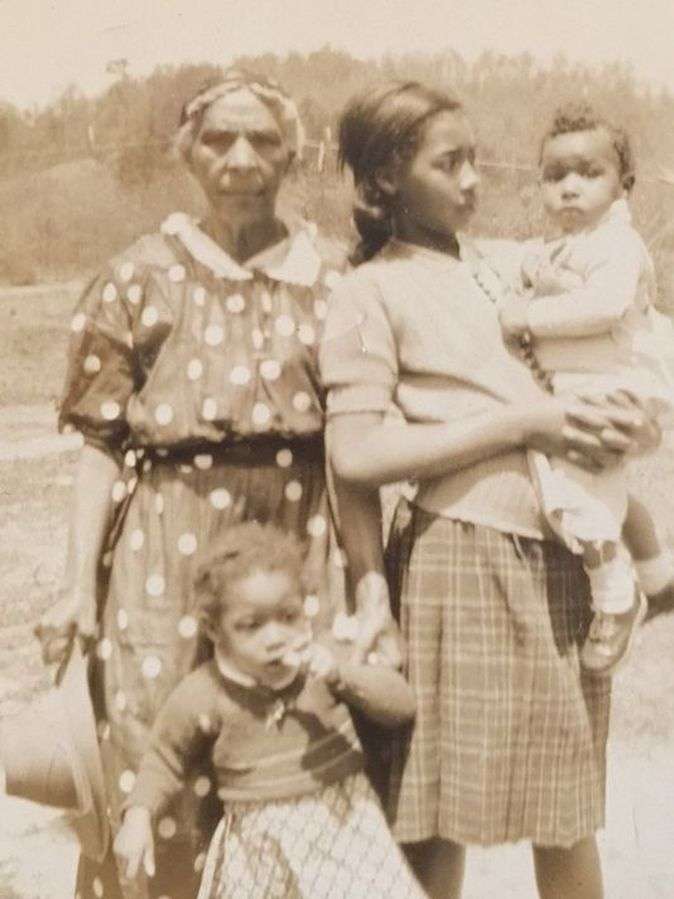 Mary Stepp Burnette Hayden was born into slavery on a plantation in Black Mountain, N.C.

By the age of seven, Hayden was freed after the Civil War ended in 1865, and went on to be a midwife in the Appalachian town. She learned to deliver and care for babies from her mother, who practiced the trade starting as a teenager. Hayden, who was also an herbalist, employed natural remedies in her practice.

Mary Othella Burnette, 90, called her “Granny Hayden.” Just as her grandmother passed on her stories to her, Burnette continued the oral tradition in a StoryCorps conversation this month with her daughter Debora Palmer, who is 70, to remember a family matriarch.

“She probably weighed not more than 110 pounds,” Burnette said. “She was about 4 feet, 11 inches tall, and her hair hung well below her waist. She had deep-set eyes, and a fierce look, as if she were looking right through you.”

Hayden practiced as a midwife until she was 90 years old, Burnette told Palmer. She died in 1956, at age 98, at the dawn of the civil rights era.

“Back when Granny started, there were no hospitals for black people to go to, and poor people had no money to pay for professional medical care,” Burnette said. “So if you had a disease that could not be treated by a midwife, you died at home.”

Despite her petite frame, Burnette called her grandmother “fearless.”

“Houses could be several miles apart, and bears commonly roved the neighborhoods. But she walked,” she said. “If somebody needed help — Granny was going. Black and whites alike, it made no difference to her.”

“She never boasted about what she did, but she probably caught several hundred babies, if not more.”

One of those babies was Burnette herself.

Palmer, who works as a pharmacist, has to some extent carried on the maternal line of healers in her family.

“I sometimes wonder … how her interests and her skills of being a midwife and an herbal doctor seem to pass down to some of the females in my generation, you know, as I have a sister who is a nurse and I have a first cousin who is a medical doctor and I became a pharmacist,” Palmer said. “That doesn’t seem coincidental, but I can’t explain it.”

“She was a pillar, not only in our family, but in our community,” she told her daughter. “And I assumed she would always be there; like when you’re a child, you assume everything’s going to be there.”

“But I am very proud to have descended from someone like my grandmother. Very, very proud.”