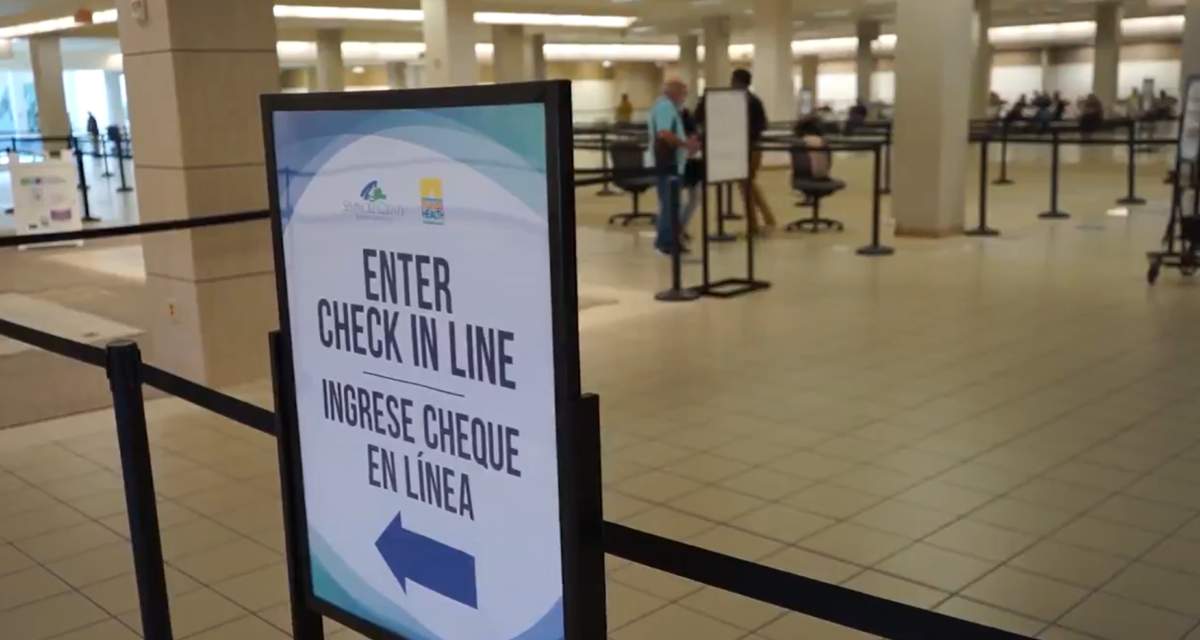 Shops like Sears and Victoria’s Secret–once mainstays of the American mall–fell victim to the ‘mallpocalypse’ as online shopping squeezed the life out of brick-and-mortar stores.

But in Seminole County, a former Sears at the Oviedo Mall has a new lease on life as a vaccination site for residents 65 and older.

Seminole County Emergency Manager Alan Harris talks to Intersection’s Matthew Peddie about the frontline in the war on coronavirus that’s being waged where customers once shopped for clothes and shoes.

Harris says  originally the vaccinations were being done in a vacant Victoria’s Secret, but after the first week he realized they needed more room. And Sears has lots of space: 50,000 square feet on the ground floor, with the ability to expand to 100,000 square feet by expanding to the second floor

Harris adds space is also important because unlike a typical flu shot, people need to stay for 15 minutes after the shot to be observed.

He says the empty department store also gives them the option to expand to the second floor, doubling the capacity to 100,000 square feet if needed.

“We wanted to increase our capabilities of vaccinating the public. We know that 75,000 residents in Seminole County are 65 and older. And it was our charge by the governor and by the state of Florida to do 65 and older as our priority group.  So we wanted a space where we could do, you know, upwards of 2000 vaccines a day.”

However, so far the vaccine supply isn’t enough to meet demand.

“There’s thousands and tens of thousands of people that would like to get the vaccine, and it’s very evident, because every time we post appointments available…they’re taken within a couple hours and sometimes within minutes,” says Harris.

“So, you know, we’ve done our best to try to make it as convenient for individuals to sign up but unfortunately, there’s just not a lot of supply.”