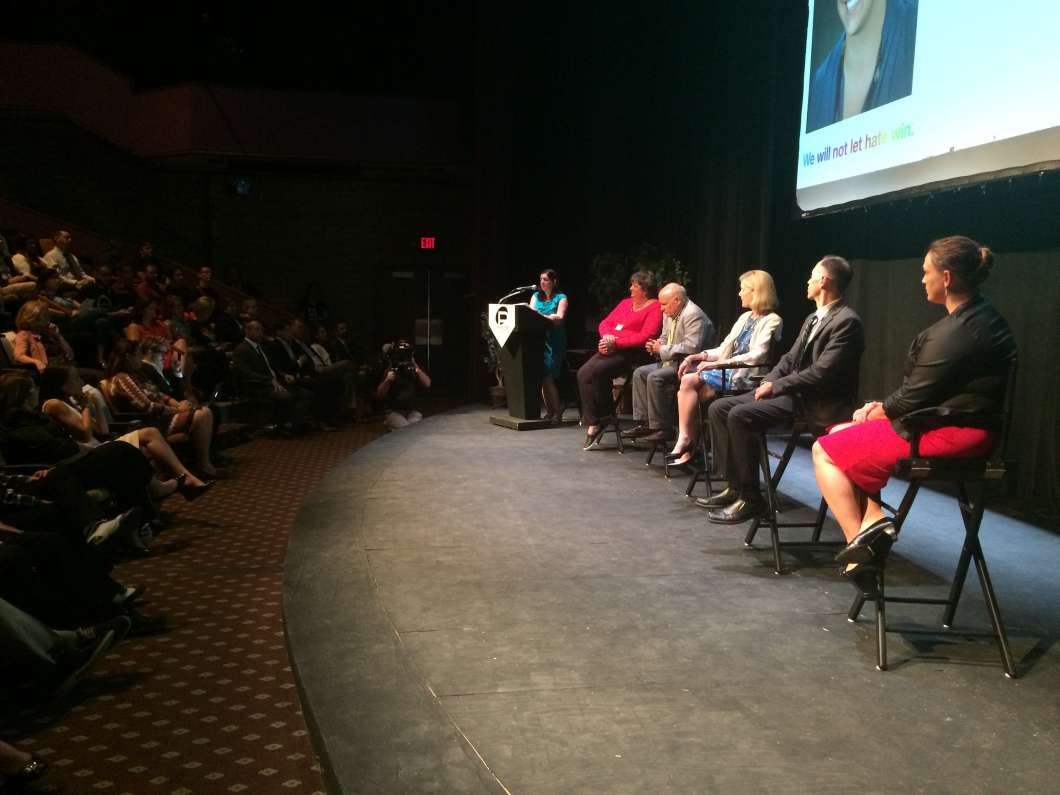 Should the Pulse nightclub building be left standing or razed? What should be included in a memorial?

Those were among the issues discussed Monday evening at a town hall meeting on the future of the site of the mass shooting.

The discussion also touched on the sensitive nature of the conversation and how to balance the needs of all of those affected from family members to the gay and Hispanic communities.

Pam Schwartz of the Orange County Regional History Center says among the items her organization has collected come from inside Pulse.

“For instance a cabinet that individuals actually hid in. A cabinet that without conscious saved lives. Or the sink from where they pushed the air conditioner out. The broken sink that they climbed upon.”

Representatives from New York City and Oklahoma City shared how chunks of besieged buildings there now are part of memorials marking acts of terrorism.

Laly Santiago-Leon was among those who turned out for the meeting. Her cousin was one of the 49 killed at Pulse.

“This is kind of a step toward healing for me. It’s been over a year, and I still feel like it just happened.”