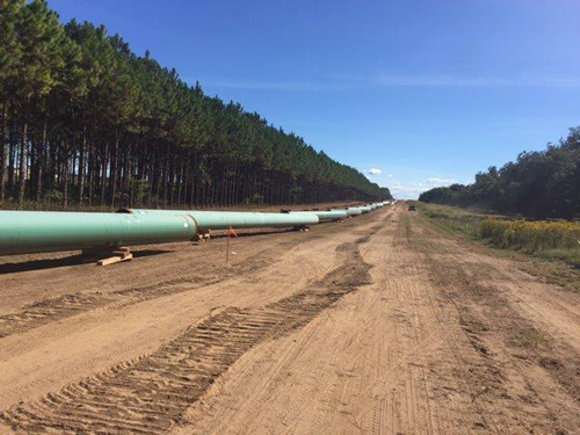 A federal appeals court dealt a blow to the Sabal Trail pipeline this week after it ruled in a 2-1 decision that regulators did not adequately consider the environmental impact.

Two months ago, the 515-mile Sabal Trail pipeline started pumping natural gas to plants owned by Florida Power & Light and Duke Energy Florida. The $3.2 billion project snakes through Alabama, Georgia and down to Central Florida. The pipeline tunnels under forests, wetlands, ranches, rivers and several pieces of private property to sit above the Floridan aquifer, which is the primary drinking source for millions who live in the state. Environmental advocates have long said the pipeline could potentially jeopardize the source of clean water for millions and threaten Florida’s natural environment with explosions, pollution and increased sinkhole activity, but energy companies say the pipeline will bring affordable natural gas.

Judges sided with the Sierra Club on Tuesday’s ruling, agreeing that Federal Energy Regulatory Commission did not include enough information in its review on the impact of greenhouse-gas emissions created when Florida power plants burn gas from the pipeline. The court ordered FERC to create a new environmental impact statement. A company spokesperson told the News Service of Florida that the firm was reviewing the court decision but it would not affect Sabal Trail’s operations at this time.

Earlier this month, Central Florida residents began to complain about foul-smelling odors coming from the pipeline, though the company says there are no leaks and there is no danger to the public.