A Father And A Son, Lost To 2 National Tragedies: September 11th and Coronavirus 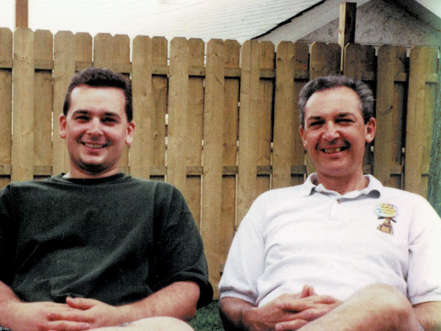 Albert Petrocelli died from COVID-19 in April, at 73 years old. His death marked the second time the Petrocelli family was touched by unexpected tragedy.

In a 2005 interview with StoryCorps, Albert and Ginger remembered Mark, a commodities broker who was just two days shy of his 29th birthday when he died.

The last time Albert and Ginger saw their son was at their family’s weekly Sunday meal, two days before Sept. 11. They had meatballs that night.

It was an unfathomable goodbye at that.

“He hated fire. He didn’t like planes. And he hated height. And it all ended that way for him,” Ginger said.

Mark actually worked a few blocks away from the World Trade Center.

“When he left that morning, he told his wife, Nicole, he had a meeting upstairs,” he said. “But, as it turned out, his corporate headquarters was on the 92nd floor of World Trade Center Number One. And that was the upstairs that he was talking about.”

Later that day, Albert, who had retired as an New York Fire Department battalion chief in 2000, arrived at One World Trade Center with his older son Albert Jr., a lieutenant at the FDNY who has since become a battalion chief with the department.

“Once we got there and I was able to walk around the whole scene, I still said, ‘Well, we’ll find him.’ ” Albert recalled. “But then on the third day, his birthday, September the 13th, I felt that that was it. Mark wasn’t gonna be found.”

But eventually, Albert and Ginger were brought evidence of their son’s death in the wreckage.

“We were the luckiest of the unlucky, in one sense, because they kept finding pieces of Mark,” Albert said. “When we were having his first memorial mass, the cops came to the house and said they identified him. And it was his jaw — it was his smile. So I thank God that he gave us back his smile.”

That memory brought them some comfort.

“The smile on his face was the best thing in the world. Things like that, you just — you’ll never forget,” Ginger said.

The Petrocellis said they miss their son every day.

“Thankfully, Ginger and I have each other,” Albert said. “And at night, when we lay down and put our heads on the pillow, it’s the two of us. And together we get through it.”