A Different Kind Of Pride: Perspectives On 50 Years Of Celebration 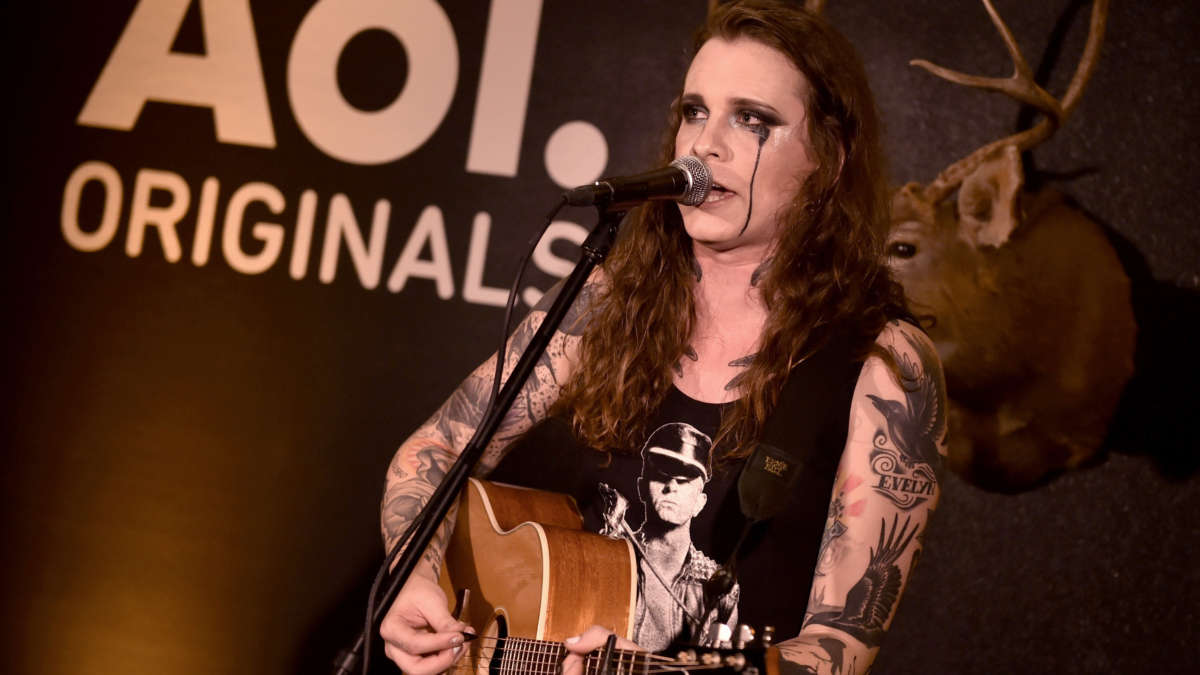 The song "True Trans Soul Rebel" by Against Me! is on Deborah Sprague's Pride playlist.
Image credit: Kevin Winter

2020 marks the 50th anniversary of the first Pride march, in recognition of the Stonewall uprising of 1969. Since then, Pride has evolved: from that small commemoration to community gatherings in progressive enclaves like New York and San Francisco to corporate-sponsored parades and ticketed events across all 50 states; from a space where people on the margins created fragile alliances to a mainstream festivity.

Music has always played a crucial role in the movement for LGBTQ+ rights, as gay clubs and dancefloors provided space for queer people to come alive through movement and artists pushed social boundaries with the power of performance (through camp and showmanship or simply by writing a damn good song). But Pride looks different this year under the constraints of quarantine, even as it feels more informative than ever for a community that suffered through the AIDS pandemic and as the echo of Stonewall rings through today’s protests in support of Black lives.

To help us unpack Pride 2020, we’ve gathered a collection of testimonies from music critics and scholars from the LGBTQ+ community. Each writer will discuss their relationship to Pride in this current moment and the role music plays in it, which will be gathered in a playlist at the end of the week. In today’s entry, writer Deborah Sprague reflects on the music that has soundtracked Pride for her over the years.

I’m viewing Pride 2020 through a pair of lenses that are refracting emotions at me from two different, but not entirely opposite directions – those being the pandemic we’re all experiencing and the death of a man who was my best friend from the day I moved to New York in 1981.

As a trans woman who only came out in her 40s, I didn’t experience Pride quite the same way a lot of my friends and colleagues did. But I did experience it, thanks to Bill. The term “ally” didn’t really get tossed around back then, but that’s what I was: I was the first person Bill came out to when we were in college (consequently, he was the first person I came out to years later) and, thanks to him, I got to know the “community” very well, especially during what was then Pride Week.

Even though I was well aware of my trans-ness early on in life, I wasn’t ready to express it – although I sure did sing along to Wayne (later Jayne) County sneering through “Man Enough to Be a Woman,” the first first-person account that I had heard of what I was feeling. Yeah, the rock landscape was peppered with observational offerings like “Lola,” but this spoke directly to me – and that was important. Punk rock, you see, was my other release, and as an introverted kid prone to long stretches of listening to records in the basement and reading about those artists in my room, I found that the Venn diagram of musical open-mindedness and sexual open-mindedness had more overlap than I might have imagined.

I did get out of that basement, even got to New York, where the playing field was a lot more wide open than the blue-collar Rust Belt neighborhood where I grew up, but I was still hesitant to express myself. Bill helped me do that. On the surface, we had little in common. He was a pretty buttoned-up person on the surface – a vaguely preppy student who’d become a book industry fixture — and I was diving eagerly into a Goth world that afforded me room to wear makeup and gender-fluid clothing without making an outright statement about my gender or my sexuality.

During the early ’80s, we explored Pride together. On the surface, I was an ally (though that word hadn’t been adopted yet) but in my mind, I was up on those floats and bar tables, shaking it with the trans women I saw as kindred spirits. While I got into the groove of the house tunes shaking walls and booties in those late nights, I found more solace and, well, more pride when I stumbled on an affirming song in my musical wheelhouse of the time: “college rock,” as it was known. One that’s stuck with me over the years was “Boy On a Roof” by The Outnumbered, a jangly, post-REM outfit led by Jon Ginoli, who’d go on to lead queer-punk pioneers Pansy Division. The song carried an anti-suicide message, but the subtext of the hook – “boy on a roof, I hope I catch him” – was unmistakable to me.

To fast forward a bit: I began to edge out of the closet about a decade ago and began celebrating Pride in earnest, but in a different way. Pride was no longer a single event, a single parade, a single focal point. That made it easier for me to find a niche – one in which music was the defining element, not a background soundtrack, and the intent was to move the head and the heart in addition to the hips. I found myself looking inward, frequenting discussion groups that helped me navigate the byzantine maze of the trans awakening — a labyrinth that the artist Anohni explored on Antony and the Johnsons’ “For Today I Am a Boy.”

Getting out of that maze was tricky – I’d been working my way through it for years, after all – but when I did, I found I had more kindred spirits than I’d imagined I’d ever have. The most prominent and the most personally affecting? Laura Jane Grace of Against Me!, a band that had drawn me in with incendiary politics and raging songs years before. When Grace came out as trans, she turned the heat up several more notches on Transgender Dysphoria Blues, an album rife with unsparing songs about the pain of trans experience and the questioning that goes hand-in-hand with it. She struck a chord with these songs: Seeing cisgender dudes sing along with the lyrics to “True Trans Soul Rebel” in a sweaty moshpit was galvanizing. Seeing older, decidedly non-“punk” members of the LGBTQIA community do the same at a Pride street fair in my Queens neighborhood even more so.

This year, I won’t be at any shows – sweaty or otherwise – and I won’t be joining my neighbors for a celebration on the street. But I will blast “True Trans Soul Rebel” at home and pump my fist with Pride. Somewhere, I’m sure Bill will be joining in.

Wayne County & the Electric Chairs, “Man Enough to Be a Woman”

The Outnumbered, “Boy on a Roof”

Antony and the Johnsons, “For Today I Am a Boy”

Against Me!, “True Trans Soul Rebel”

This is the sixth and final entry in a week-long series of letters by music writers in the LGBTQ+ community. We’ve compiled all the songs our writers shared with us this week into one Pride Week playlist; you can listen below.