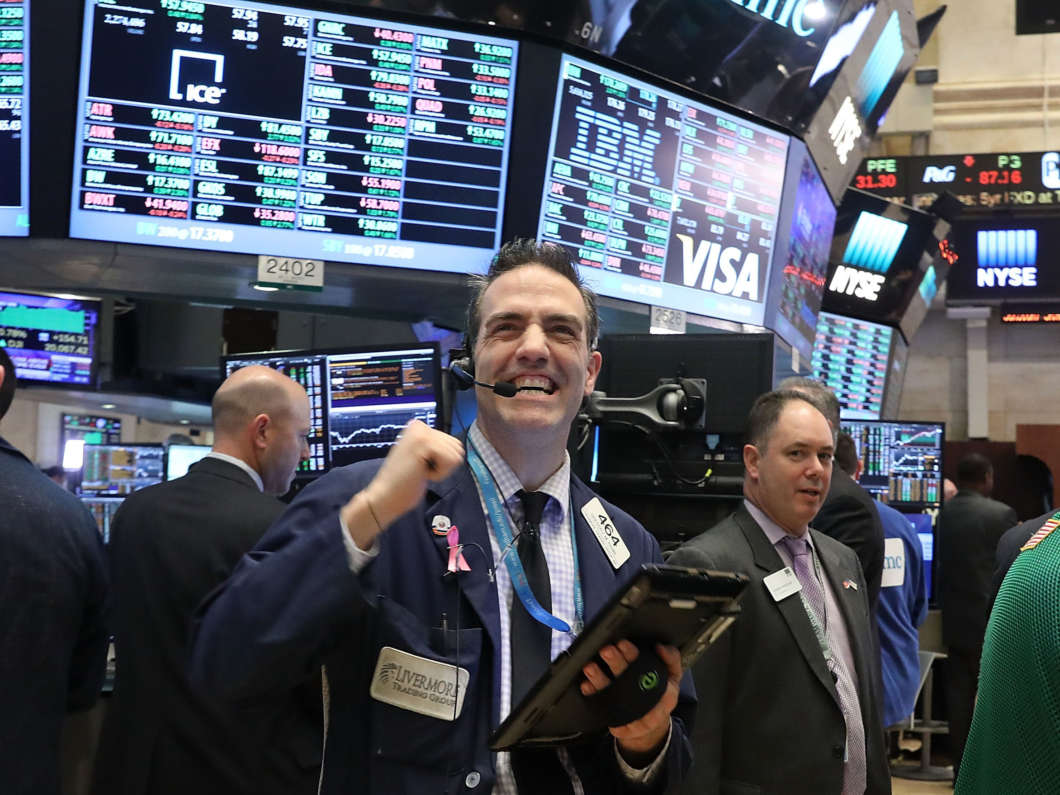 The S&P 500 has seen a nearly fivefold increase since the depths of the Great Recession. It has gone up nearly 30% this year alone.
Image credit: Spencer Platt

In March 2009, Wall Street was a fearful and anxious place, where fortunes had been decimated and retirement funds deflated.

What few people could foresee in the depths of the Great Recession was that the stock market was also on the verge of a historic recovery, one that persists today. The decadelong run is also raising caution flags for some analysts who worry that investors are accepting too much risk.

Stocks are finishing 2019 on a remarkable upswing, with all of the major indexes hitting record highs and the S&P 500 up nearly 30% for the year.

“If you look at the world in the last year, worldwide stock markets added $17 trillion — trillion, with a T — in value … so you’ve had a remarkable expansion of stock market wealth,” says David Kotok, co-founder and chief investment strategist at Cumberland Advisors.

The seeds of that boom were planted a decade ago, when the Federal Reserve and other central banks took bold action to rescue the economy by pumping money into the system and dragging interest rates down to zero, says Quincy Krosby, chief market strategist at Prudential Financial.

“It was a cumulative effort, but certainly the Fed led — and they led in an environment that was dark. They weren’t certain what would ignite confidence. But ultimately the global economy started to come off the bottom,” she says.

“When things started to get less bad, you could see it, you could feel it. People started going back and buying vehicles. They started buying houses. And people just started having more confidence,” Krosby adds.

By 2013, the Dow Jones Industrial Average was again hitting records, and it has been doing so regularly ever since.

The S&P 500 has increased nearly fivefold since the market bottom, and an investor astute enough to buy, say, a share of Microsoft in March 2009 for about $17 would have seen it rise to nearly $159 today.

The bull market coincided with a lingering anger toward the financial system among many people. Although U.S. taxpayers were forced to bail out big banks during the financial crisis, most Americans haven’t shared in Wall Street’s riches.

Only about half of all Americans own stock, even through their retirement funds, and 84% of shares are owned by the wealthiest 10%.

Politicians, such as Vermont Sen. Bernie Sanders, have repeatedly noted that the federal government bailed out big banks at taxpayer expense and have proposed taxes on financial transactions.

But the market has often seemed willing to overlook political considerations. When President Trump was elected, some analysts predicted his erratic nature would tank the markets, which tend to like predictability.

Instead, the opposite has happened. Although his anti-trade rhetoric has sometimes sparked periods of volatility, stocks have soared under Trump’s watch overall.

“He does deserve some of the credit for it,” Krosby says. “He’s provided an exceedingly pro-business landscape for the market.”

Kotok says the bull market may actually have gone on too long. Many people on Wall Street have never lived through a bear market, and that can lead them to take chances.

“When you have a large mass of people who kind of think everything’s going to be good and it’s terrific and it’ll go on forever, that’s a time for caution,” Kotok says.

But for now, the euphoria is winning.