‘A Day Without Immigrants’ Promises A National Strike Thursday 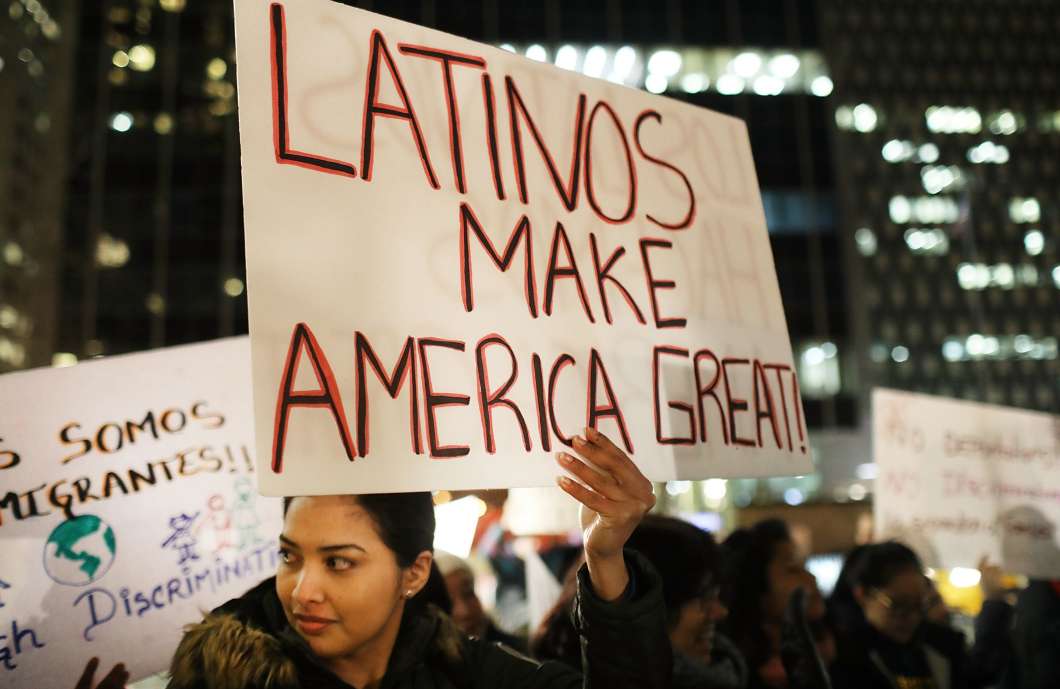 On the eve of a Day Without Immigrants, people attend a Valentine's Day rally organized by the New York Immigration Coalition called "Love Fights Back" in New York City.
Image credit: Spencer Platt

In cities around America, thousands of construction companies, restaurants, and other businesses are bracing for “A Day Without Immigrants,” a combination boycott/strike that highlights the contributions of immigrants to U.S. business and culture.

The movement is a response to President Trump’s immigration agenda, which includes a pledge to seal the U.S. border with Mexico, and a travel ban on citizens of seven majority-Muslim countries (which is now on hold).

Some businesses are closing for the day; others are staying open and pledging to contribute a share of the day’s proceeds to non-profits that aid Latino communities. In a number of cases, business owners are abiding by their staffs’ wishes, after holding votes to decide whether to open.

Several closures are high-profile: chef and entrepreneur José Andrés told NPR this week, “It was a very easy decision” to close his restaurants in Washington, D.C., saying he wants to support his employees who had planned not to work Thursday.

Celebrity chef Rick Bayless, who’s famous for popularizing the complex flavors of Mexico’s cuisine, says he closed four Chicago restaurants for the day out of respect for his staff’s vote.

From Los Angeles, Daneille Karson reports for our Newscast unit:

The day of protest comes after Immigration and Customs Enforcement agents alarmed immigrant rights advocates by arresting some 680 people in raids across the U.S. last week. As NPR has reported, the Department of Homeland Security has called those raids routine, saying they targeted people who had criminal convictions.

At least two schools are closed for the day in Washington, D.C. And Ahmad Erfani, who was born in Iran and grew up in France, says he’s closing his bakery, Le Caprice.

“Mostly the people who work here are immigrants. We spoke with them, they thought it’s good for solidarity with the others to not work,” he tells member station WAMU.

Erfani added, “They are hard workers. I am not happy when I see they are not very happy these days, because it is difficult. They work hard, they come here six in the morning. It is not very comfortable for us.”

The Day Without Immigrants comes more than 10 years after another national movement, the Great American Boycott, used a May 1 boycott to protest the Illegal Immigration Control Act of 2005.

That legislation, also called HR 4437, would have required hundreds of miles of new fencing to be built along the Mexican border, along with toughening the federal stance toward people who are in the country illegally — and toward anyone in the U.S. who offers them shelter or aid. The bill won passage in the House of Representatives before failing in the Senate.