A Cosmic Show Is Coming To Central Florida Skies. Here’s How To Watch 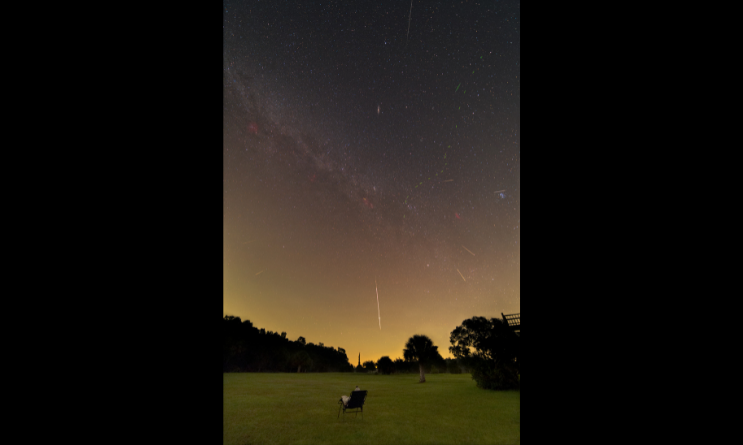 The Earth is set to travel through a cosmic cloud of dust and ice this week, but there’s no need to panic. Instead, look up. A cosmic phenomena is set to light up the night sky.

It’s called the Perseids meteor shower, and it happens every year. As our planet moves through a cloud of dust and ice caused by the comet Swift Tuttle, tiny particles hit the atmosphere and burn up. That makes for an impressive show in the sky.

“When you’re looking up, you might see this big bright greenish, light streak across sky,” said Seminole State College planetarium director Derek Demeter. “If it’s bright enough, you might even see a trail of gas behind it. Some of this stuff can be very very cool.”

To observe the streaks in the sky, focus on a spot in the northern sky for an extended period of time to catch a glimpse. If you have a star gazing app on your phone, find the constellation Perseus and watch the shower streak from the center of it.

Clears skies and little moonlight will give Central Floridian star gazers the best chance at seeing the peak of the meteor shower, which happens this week.

The most important thing is get away from light, even if you can’t get away from light pollution,” said Demeter. “Try to turn off as many lights around your house and find a clear opening where there’s no trees and a nice horizon view.”