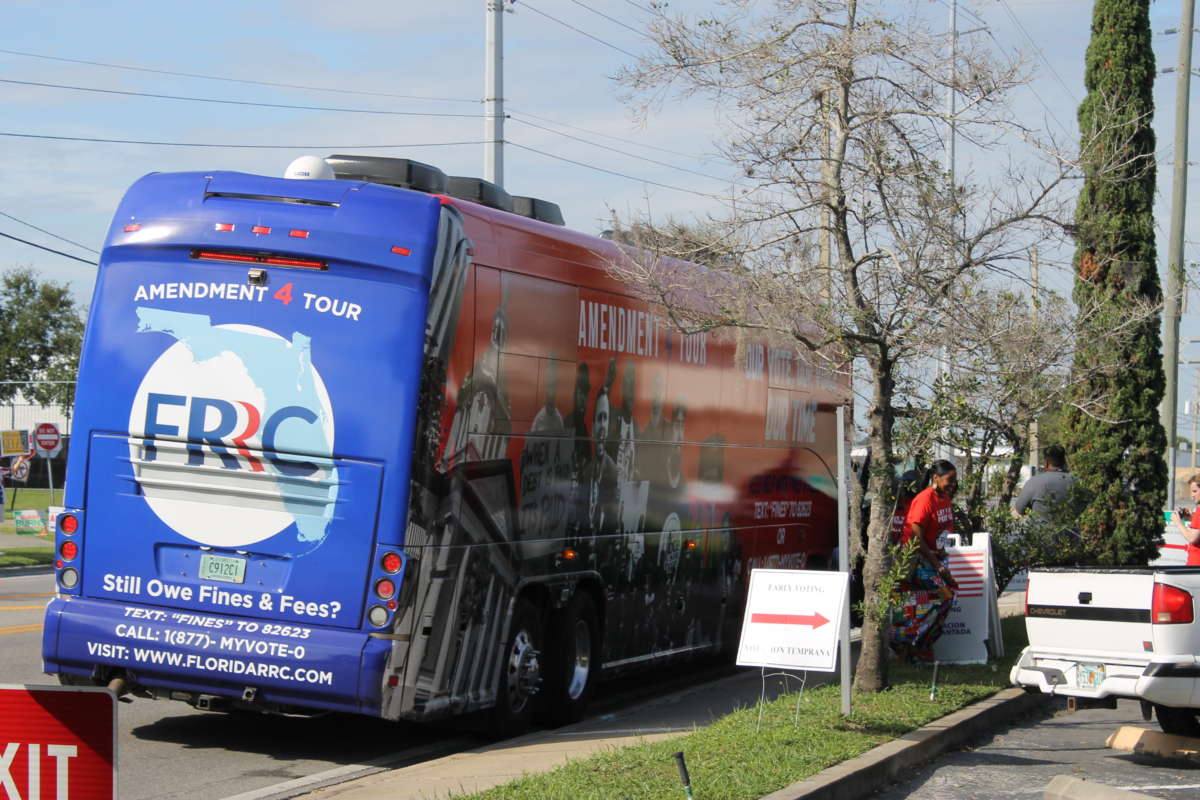 Last November, Neil Volz was one of the more than 11 million Floridians to cast a vote in the presidential election. It was a significant moment for Volz. He’s a returning citizen: he served time in prison for a felony and was able to vote thanks to the passage of Amendment 4 two years earlier.

Volz, who is the deputy director of the Florida Rights Restoration Coalition, says there’s still a lot of work to be done to restore the civil rights of people who’ve completed felony sentences, and to protect the rights of people still behind bars.

He joins Intersection to talk about the FRRC’s bus tour, what he’s keeping an eye on this legislative session, and the impact of the pandemic on people who are in prison.

“Our North Star is the long term empowerment of people with past felony convictions in the state of Florida,” says Volz.

“So we knew amendment four was just one step in that journey. And it was a big step.”

Volz says the pandemic has heightened the challenges facing people with past felony convictions, as they work to find jobs and housing, and have their voting rights restored.

“It’s also shown us the challenges to helping people who are incarcerated right now, the idea that Florida was almost one of the last states that provide vaccines to people who are currently in prison, as well as people who work in prisons,” says Volz.

“That was really troubling, because at the end of the day, that wasn’t something that we needed to do. It was a choice that was made. And so we know that that means we need to go continue to talk to people and and remind people that all of us deserve dignity, every single human being deserves dignity and honor, no matter where they are.”