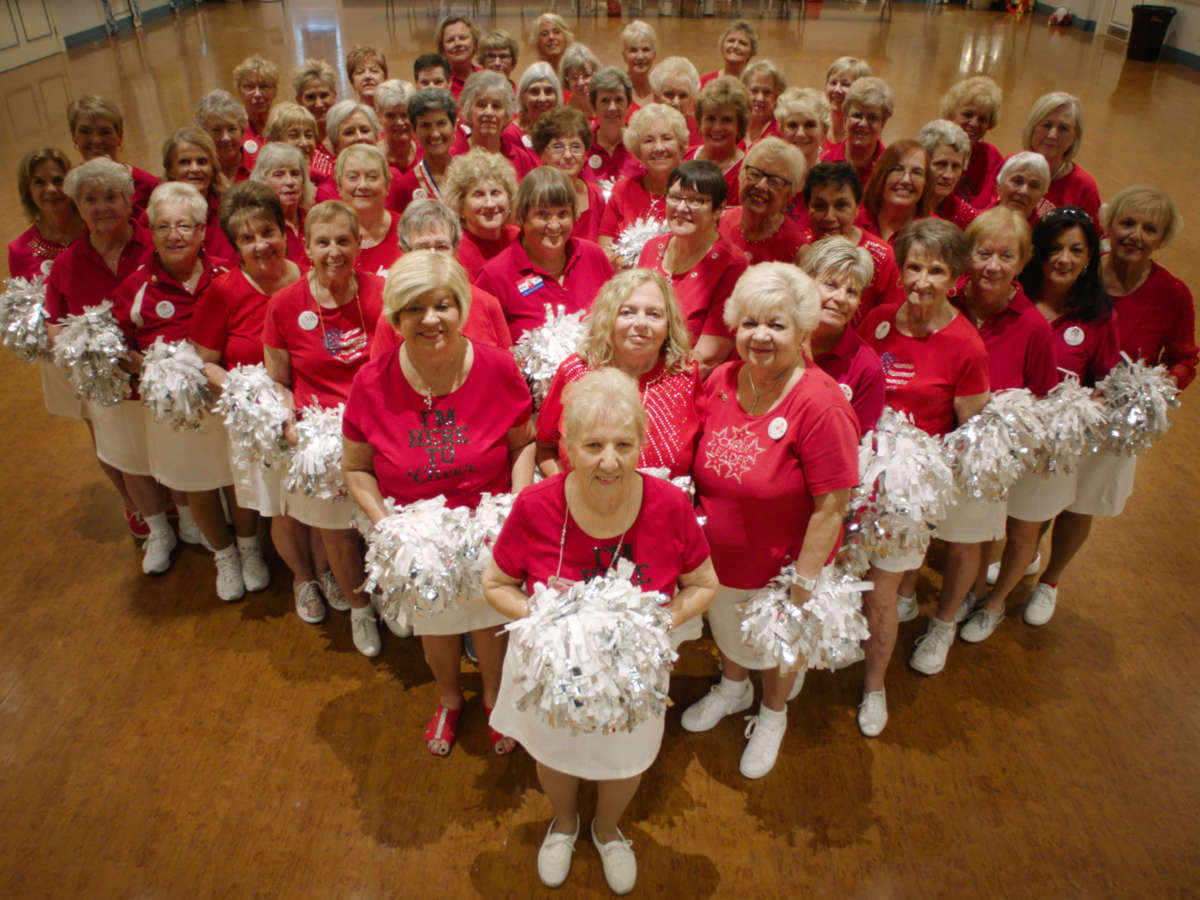 "Some Kind of Heaven" presents the stories four senior citizens in The Villages. It also portrays life in the retirement community. Photo: Magnolia Pictures

“Some Kind of Heaven” is a feature-length documentary about The Villages and four senior citizens living in the vast retirement community.

It dives with incredible access and openness into their dream retirements turned nightmares. It sets their struggles against the wonderful fantasy-land image of Florida’s Friendliest Hometown.

The film opens in several Central Florida theaters today (Friday) and can be streamed through on-demand services beginning January 15th.

WMFE: So this is your first feature-length documentary. I saw a shorter film that you did — “The Happiest Guy in the World” — about a man living on a cruise  — incredible, really, really great. But why did you decide to focus on The Villages?

OPPENHEIM: When I first came to The Villages, I had no idea that I was going to be setting out on a journey that was, you know, over almost three years of making a film. I thought I was going to be making a short film and I was just going to be kind of dropping by in and spending only, you know, about 10-20 days in and around the community. But it became … it dawned on me so so quickly that in a community with over 120,000 people you can bet your bottom buck that there are a million stories. Everyone has an interesting story there.

The impetus to go in the first place — I’m from Florida, I’m from South Florida. I was very interested in that this is a place as kind of a utopian experiment. It’s a very, it’s almost one of the most successful utopian experiments, ever, and also currently in our country. This is one of the fastest growing cities in America. It happens to be a retirement community. And having just finished a film about a retiree who has opted to exclusively live on Royal Caribbean cruise ships for 20 years. I was very interested in the ways in which Americans but, specifically, the elderly here in America choose to kind of cocoon themselves in worlds that are pleasant or designed to kind of remind them in some ways of their youth.

WMFE: How do you think your film will be received in The Villages?

OPPENHEIM: (Laughter) You may know better than me about that question. I think, look, it’s been interesting. I’ve already been sort of receiving emails here and there from people who seem a little disgruntled that the film is coming out. And look, I’d say this, you know, anytime an outside reporter or an artist or anybody has come to The Villages before, I think people who live in The Villages are rightfully angry about it because usually I think the work that is produced about The Villages from an outside opinion is usually fashioned to be some kind of critical examination of life there.

I’d say this film does critically engage with a lot of the ideas and sentiments in The Villages, but also this film isn’t explicitly, in my mind, a film about The Villages. The Villages is a setting. In my mind this is at story of four people who live in a place that happens to be The Villages. I think the happening, quote, unquote, part of that is very important to the story. I think it’s, in my mind, the way I’m looking at The Villages is as a kind of positive blissfully optimistic playground where anything that sort of is a negative thought is dismissed.

And I think the film is an act to kind of get people to start questioning the fact that, hey, these things actually happened here and, hey, it’s actually not a bad thing that things happen here. Maybe we should talk a little bit about it more. Maybe we should talk about our problems and the ways in which we grieve and the ways in which we ache and hurt and long for something different.