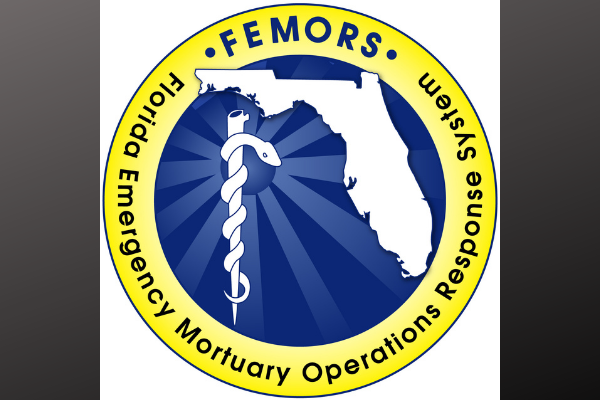 “Unfortunately you can’t just run a crematorium straight at one temperature, there’s procedures to it,” Dr. Stephany told WMFE.

“When you’re dealing with the amount of deceased individuals in Central Florida and Florida and the rest of the country, everyone is getting backed up.”

The state of Florida does have resources on standby to help medical examiners, hospitals and crematoriums if called upon.

Dr. Jason Byrd, the associate director of the Maples Center for Forensic Medicine at the University of Florida, is also commander of  the Florida Emergency Mortuary Operations Response System (FEMORS).

“We have enough equipment and resources to respond to up to 500 simultaneous deaths. So that reserve capacity is important if you happen to have an incident,” Dr. Byrd tells Intersection.

He says hospitals would typically pass human remains onto funeral homes fairly quickly, and funeral homes also would not be storing those remains for very long.

“So the ability to have excess storage is very limited in the state with hospitals and funeral homes.”

Dr. Byrd says FEMORS staff were deployed early in the pandemic to help medical examiners deal with the surge in paperwork, but so far this year they have not been called upon.