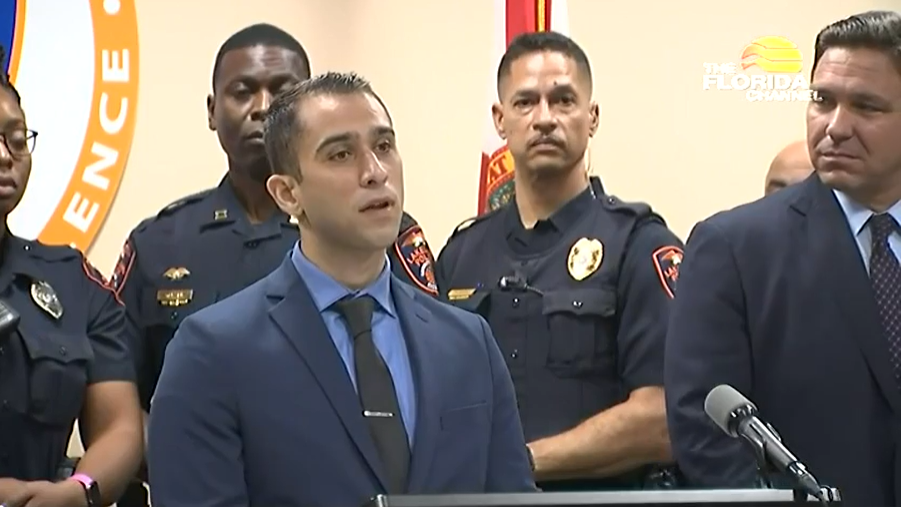 Florida governor Ron DeSantis is promoting hiring bonuses to recruit police officers, and he’s lauded officers who have moved from other states to work for Florida police departments.

At a press conference in Lakeland in September, DeSantis was joined by former NYPD officers who talked about conditions in New York and why they decided to relocate to Florida.

WUFT’s Elise Elder reported for Fresh Take Florida on the background of some of the officers that the Lakeland police department hired.

Elder’s reporting revealed that the new hires included someone who had been fired from his job as a Walmart security guard. Others had gaps in their resumes and one of the new hires had been a member of an NYPD anti-crime unit that was disbanded after a series of high profile incidents.

Elder says the Lakeland PD “seemed that they were confident in their hiring process.”

She says a spokesperson for the department “was very adamant to tell me that their background investigators do a very thorough job questioning polygraph tests in order to determine if they’re correct fit.”

Elder says the takeaway for police departments is to be accountable and transparent about hiring.

“It’s important that they take accountability for vetting these people before they put them in force.”