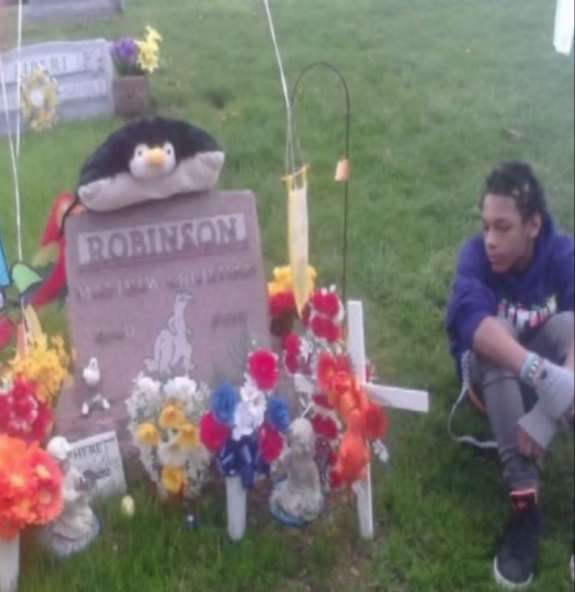 A Lynx bus killed Matthew Robinson in 2010. More than four years later, the family is starting its next battle: Getting the Florida legislature to approve the $3.2 million settlement.

You may have read headlines where families are awarded multi-million dollar settlements in cases against city or state governments. But what you may not know is those families often don’t get the money.

That’s because state law requires them to fight for that money in the Florida Legislature – and it’s been years since the state has paid.

Matthew Robinson loved to have eggs for dinner. So that’s what he was going to have on November 4, 2010. The 10-year-old and his brother Mark left their Kissimmee apartment for the Kangaroo gas station across the street to get the eggs.

While crossing the street to come home, a Lynx city bus made a left turn into the crosswalk and hit the two boys. Mark Robinson grabbed a hold of the bike rack on the front, and crawled out from the bus.

But the back tire crushed Matthew Robinson to death.

Harold Perez saw the aftermath. He told lawyers during a deposition that he called the boys’ mother from his cell phone.

Sharon Robinson dashed out of her apartment and found her son under the bus tire. In photos, you can see the crushed carton of eggs and bottles of soda next to the green Lynx bus. Matthew’s shoes poke out from under a yellow tarp.

“I had looked over and I seen a figure,” Sharon said. “I figured it was Matthew. They had put a yellow tarp over him. And when I seen that, I just kinda knew that was that.”

Witnesses said they saw the driver of the bus, 63-year-old Fernando Vega, screaming and pounding his fists on the side of the bus after the accident. It was his eighth accident he had while a driver for Lynx, and his seventh preventable accident.

Lynx admitted fault and agreed to a $3.2 million settlement before going to trial. They officials declined to be interviewed for this story.

Lynx paid the Robinson family $200,000. Under sovereign immunity laws in Florida, that’s the most a government can pay on its own.

Lynx wants to pay the remaining $3 million owed to the family; it even has the money set aside in its budget.

But before it can do that, the Florida legislature has to pass what’s known as a claim bill.

Every case is its own piece of legislation. There are 31 bills this session.

In many cases, the governmental body has either agreed to a settlement or a jury has awarded damages. But because the process is so difficult, it can take years for anything to happen – if anything happens at all. Most families abandon the process and settle for the $200,000.

Because the process is so difficult, and so frequently unsuccessful, oftentimes the cases are the most egregious.

A severely disabled woman was raped and impregnated while living in a state licensed group home in Orlando.

A Polk County man spends seven years in jail because of a police officer’s typo on a report.

“That whole claims process is a little bit embarrassing,” said Cary Pigman, an emergency room doctor and Republican Representative from the southern city of Sebring.

“Doesn’t that seem inherently unfair?” Pigman said. “It seems like the kind of process that rewards cronyism and connections. And I’m sure there are many people who don’t have the wherewithal to combat that, to work through that terrible system, but yet they’re very deserving of some compensation.”

It’s been two years since the last time the Legislature passed a claims bill.

Even then, most of the time, families only get a fraction of what they’ve settled for. Historically, the legislature has only paid about one dollar for every $5 in claims. There are nearly $74 million in claims bills built up.

Professor Emeritus Joseph Little with the University of Florida’s law school said many times, families hire a lobbyist to shepherd their bill through.

“It becomes a political process which as you know is not always a pretty process,” Little said. “And certainly is not always an equal process in terms of everybody having an equal shot of getting a claims bill passed.”

This session is Orlando Republican Andy Gardiner’s first term as Senate president. He promises everyone will get a fair hearing.

“I just have always had the position of not saying no to every claims bill,” Gardiner said. “There are some very legitimate (ones). But then I will say there are some that will come forward that members will have a problem with for various reasons.”

Gardiner wasn’t familiar with the Lynx case or the Robinson family. So he doesn’t know that four years later, Sharon and Mark Robinson still grapple with Matthew’s death.

Sharon Robinson has high blood pressure, anxiety and, severe depression. Mark suffers from pain because his back is out of line.

“I don’t think I can say what I want to say,” Sharon said. “It’s not right. It’s not fair. It’s not fair at all. And they really just need to look at things and change how they do things.”

The family’s attorney is cautiously optimistic about the chances for their claim bill to get passed this legislative session.