A Chance To Hear The Red Planet: NASA Deploying Microphone On Next Mars Rover 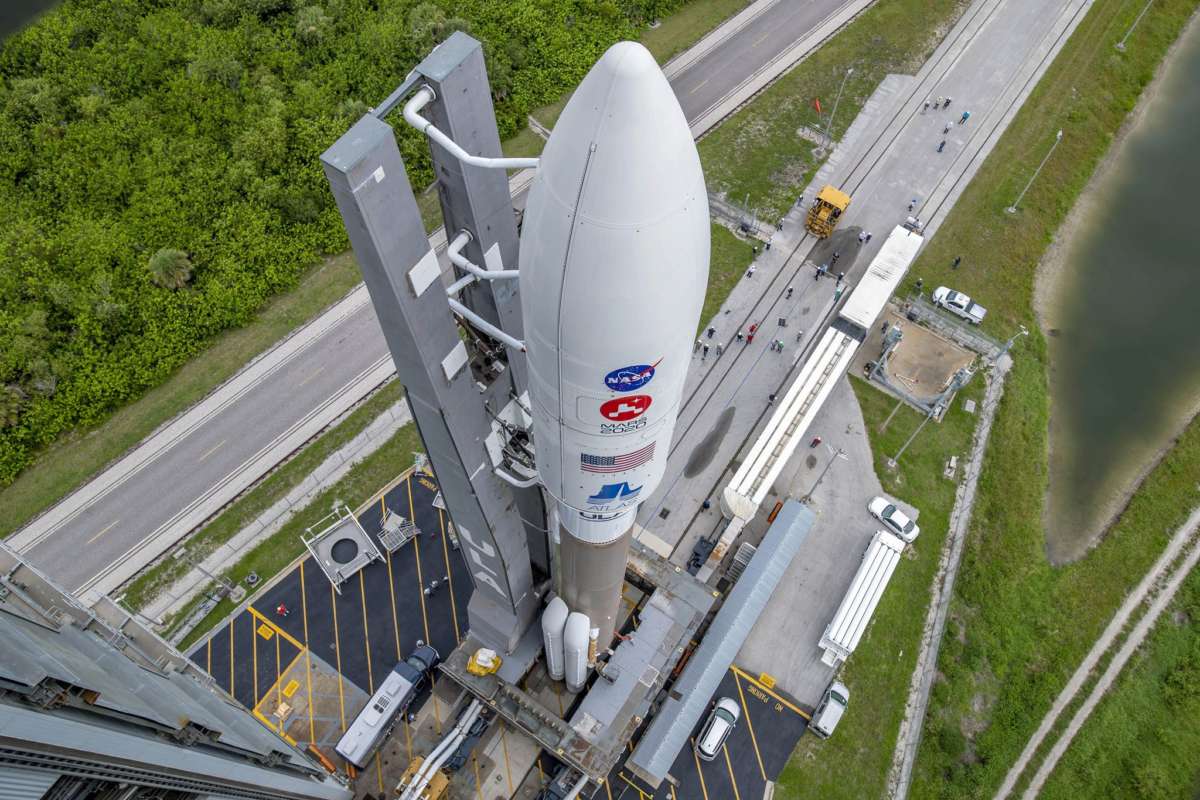 NASA’s new Martian rover launches from Cape Canaveral Thursday carrying something pretty unusual for a spacecraft — a microphone. The microphone will allow us to listen to the red planet. It will help scientists see what Mars is made of and search for signs of life.

When the Mars Perseverance rover lands on Mars next February, it will unpack a suite of scientific experiments to help uncover ancient signs of life on the red planet — high tech cameras, spectrometers, sensors and a microphone.

“It is there to listen to anything interesting,” said SuperCam principal investigator Roger Wiens. “We should hear wind sounds. We should hear sounds of the rover. We might hear things we never expected to hear — so that’s going to be interesting to find out.”

SuperCam will look at the chemical makeup of nearby rocket by shooting a laser at them. The microphone, part of the SuperCam suite, will listen to those blasts. Analyzing differences in the sound the laser makes when blasting a rock can uncover what it’s made of. Scientists will look for organic compounds — a sign that the sample might contain evidence of ancient life.

Microphones on spacecraft are quite rare because there’s not much to hear in space. For soundwaves to travel you need an atmosphere.

“It acts sort of like a slinky,” said Univesity of Central Florida planetary scientist Addie Dove. “[The atmosphere] compresses the sound waves in between the source and your eardrums and then they make your eardrums reverberate. That’s how we hear sound.”

Still, spacecraft microphones have been used before. The Huygens space probe captured sound while descending through the atmosphere of Saturn’s moon, Titan.

NASA InSight Mars lander also caught a snippet of sound without an onboard microphone — capturing wind vibrations from two of its sensors. The observation was a surprise to mission managers. Engineers converted the vibrations into sound, speeding it up and shifting the frequency for our ears to hear it.

The Planetary Society said “hearing” things from another world would help build public support for space missions. Co-foudner Carl Sagan wrote a latter to NASA in 1966 urging the agency to include plans to include audio devices on future lander. “Even if only a few minutes of Martian sounds are recorded from this first experiment, the public interest will be high and the opportunity for scientific exploration real,” he wrote. For decades, the organization has lobbied for microphones on spacecraft but those efforts have fallen short, for technical reasons or lack of funding.

So what will Mars actually sound like? That’s still a mystery. The atmosphere of Mars is quite different than ours here on Earth. It’s far less dense and made up of mostly carbon dioxide. That’s going to change the way sounds sound and how far it travels.

“You could not hear somebody screaming from a block away on Mars. That’s just that’s life on Mars,” said Weins. What we will be able to hear are things that are close up. It’s going to still give us just a whole new world of information from this new sense that we will have on Mars.”

The mic can also listen for mechanical issues as the rover moves across its landing site Jezero crater. It’s like when you’re driving your car and hear a strange rattling sound, you know it’s time to take it to a mechanic.

And there’s one more microphone hitching a ride to Mars: NASA will record the rover’s descent through the atmosphere using an on-board mic capturing the landing attempt in February.