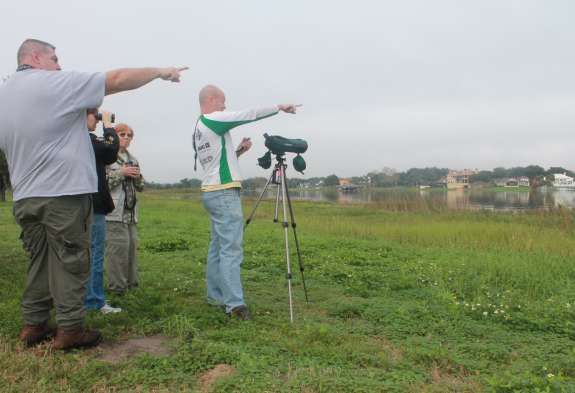 Tens of thousands of birders throughout the Americas take part in the count every year, including one group in Clermont.

John Thomton stares through binoculars at a patch of scrub on the shore of Johns Lake.

It’s an oasis of birds, but Thomton says the data shows development is pressuring the bird population.

“There are definitely species of concern that I don’t think will be here too much longer like eastern meadowlarks and things like Savannah sparrows that need these wide open spaces and field areas.”

Thomton and the three other volunteers in his group count from sunrise until sunset.

They travel by car and foot, ready to pull off the road suddenly if they see another bird.

Researchers will use the data to understand bird populations, look for trends and develop conservation strategies.

Cheryl Tybor is an avid birder. She was hoping to hear some owls:

Hundreds of Central Floridians took part in this year’s count, which began Dec. 14.