A Central Florida Church Reflects On Turmoil In Haiti 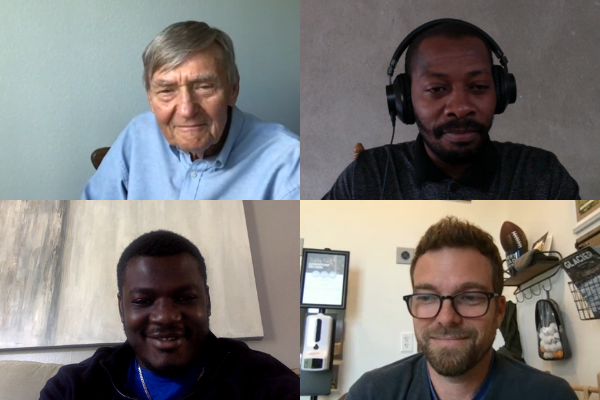 The assassination of Haitian President Jovenel Moïse has thrown the country into turmoil. Saint Margaret Mary Church in Winter Park, Orlando, is continuing its  mission in Haiti despite the political uncertainty. Mission leader Ken Firling and parishioner John Rife spoke with Matthew Peddie about the Haiti mission and how they are helping the community. Wisly Zephir and Jean Bony Délorge also joined Intersection to talk about their involvement in the mission and their connections to Haiti.

Délorge is the director of operations of the Haitian mission and lives in Jacmel, Haiti, where he handles logistics and serves as a translator. He is part of the Peace Program and CAUSE, teaching conflict resolution and leadership skills to youths in Haiti.

Délorge says that when there is violence and gang activity, getting an education and finding enough  food to eat can be difficult.

“They can’t go wherever they want because there [is] fear of violence.”

Délorge says that the president’s assassination has shaken the community. He adds that while he is hopeful for a change to bring about more social equality, the future is unclear for the Haitian government with the absence of a president.

“I would like to see this situation better now, right now. But I hope things are gonna be okay, and this situation will be, will be okay too,” he says.

“In two months, maybe something will be done or maybe not.”

Firling, the founding director of the Haiti mission at Saint Margaret Mary, has worked on missions for over 20 years. He first visited Haiti in 1987 and after he moved to Winter Park and joined the church, he became the go-to person to connect Haiti to the community in Florida. After Firling told the parish and the people at Saint Margaret Mary of his idea to go to Haiti for a mission, they were willing to take the trip. He says that going back is a rewarding experience but the country has changed over time.

“This particular situation is really unique. I’ve never had the experience where I couldn’t walk down the streets in Port-au-Prince. And I always felt very safe,” Firling says.

Rife first traveled to Haiti in 2008 as a documentary filmmaker to observe the mission. It was through this project that he worked with Firling. With his background in urban agriculture, Rife began a new project under the economic portion of their mission. He continues to collaborate with Firling and further the mission from Winter Park.

Rife says that by working under the mentorship of Firling and the church, he found a love for Haiti and its people. He adds that Haiti is a beautiful place and has similarities to American society- where people strive to have a good education for their children and a good job for their family.

“They’re hardworking people, they’re earnest, given an opportunity, they are, you know, eager to do better for themselves and for their countrymen and for their families.”

Zephir is a Haitian-born student pursuing a degree in international business and political science at Rollins College. Zephir was involved in the conflict resolution branch of the mission, which is how he met Firling eight years ago in Haiti.

Haitians are “a bunch of great people,” says Zephir.

“They are very competitive. They’re eager, they want to work, they have a very nice personality, but unfortunately that the country doesn’t offer them the opportunity.”

Zephir says that a lot of Haitians search for jobs outside of the country and because of this, people view them as hardworking, in spite of the challenges they face.

“They have love, they have good hearts.”